I recently had a chance to visit Dhaka to meet the IPA’s member there, the Academic and Creative Publishers Association of Bangladesh (ACPAB).

Bangladeshi Minister of Cultural Affairs, Asaduzzaman Noor, who was previously also an actor and activist, joined a meeting of ACPAB’s Executive Committee. I took the opportunity to underline the importance of freedom to publish to the IPA, and restated our serious concerns about the 2015 murder of Faisal Arefin Dipan, publisher and member of ACPAB, and other ferocious attacks on publishers, bloggers and writers.

Back in June 2016, ACPAB held a freedom to publish seminar called Publishing in a Free World. The then IPA president Richard Charkin and current Freedom to Publish Director Ben Steward delivered strong messages condemning the crime and the Bangladeshi government’s indistinct response. At the time, government statements had apparently sought to hold the victims at least partially responsible for what had befallen them.

Encouragingly, there have been a number of related arrests, sending a clearer signal that the authorities will not tolerate such attacks on freedom to publish.

Asaduzzaman Noor himself was keen to convey this message as well, telling the ACPAB Executive Committee: ‘We believe in freedom, because we also have had to fight for it.’ He was alluding to Bangladesh’s ‘Language Movement’.

He also went on to say that the Bangladesh government guarantees and supports freedom to publish – provided the bounds of hate speech and incitement to violence are respected.

To explain, at the time of India’s independence in 1947, Pakistan and Bangladesh, which were part of the British colony, were combined to form a single country. It was wrongly assumed that a common religion would be enough to create a coherent nation, despite the profound linguistic and cultural differences separating the identities of the people of East and West Pakistan, as they were called. West and East Pakistan (now Bangladesh) were also physically divided by 1,600 km of Indian territory.

When in 1952 the central authorities and the Urdu-speaking intellectuals of Pakistan declared that Urdu alone would be the official language of Pakistan, the East Pakistanis staged an uprising that became known as the Language Movement. Violent riots ensued in which police killed 11 Bengalis, who are today considered national heroes.

International Mother Language Day was proclaimed by the General Conference of the United Nations Educational, Scientific and Cultural Organization (UNESCO) in November 1999, to commemorate Language Movement Day, which has been celebrated in Bangladesh since 1952.

Mr Noor told us his government is serious about its duty to protect its citizens’ freedoms, and why would we doubt his sincerity? After all, anything less would be an unforgivable affront to the Bengalis who lost their lives in 1952 fighting for the right to express themselves freely. 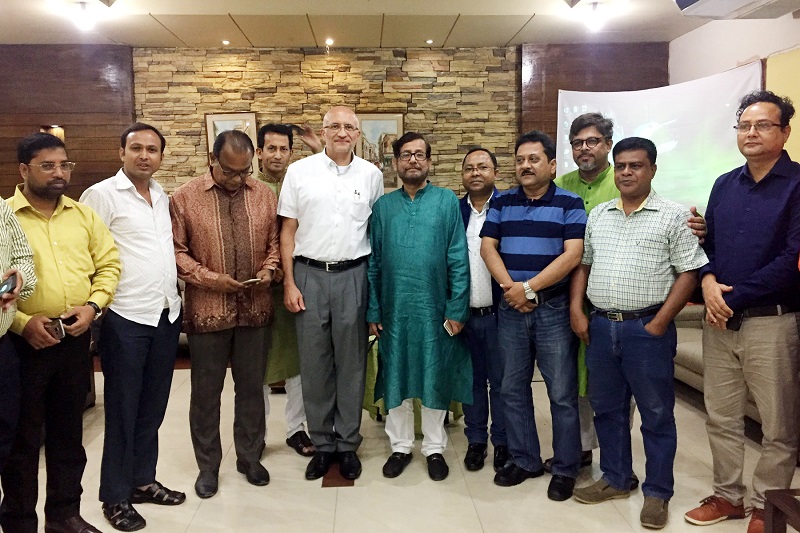