She began by admitting she had binned her pre-prepared speech and would instead respond to some of the views aired during the eventful previous day, including the somewhat polemic utterings of Mourid Barghouti (see yesterday’s post) about the ‘crisis’ of Arab publishing. She warned her fellow Arab publishers against handwringing resignation and urged them to tackle the challenges facing the ‘Arab intellectual renaissance’ instead.

‘This reality is not destiny,’ she said, adding that Arabs ‘can grasp knowledge and science to survive and make it to safety.’

Concurring with Barghouti about the shortage of professional Arab editors and literary agents, and about limited publishing freedoms, Bodour added copyright enforcement, slow uptake of digital technologies, translation challenges and difficulties of getting Arabic content to the wider world. But she insisted there is much to celebrate as well, such as UNESCO’s designation of Sharjah as World Book Capital 2019 (in part a reflection of Sharjah’s world-class book fair); Arab publishers winning awards and successfully penetrating overseas markets; and serious efforts to bring Arabic content to global readers through digital media.

In closing, the IPA VP stressed the need to embrace change and technology. ‘Life doesn’t move backwards; the publishing industry in the Arab world shouldn’t go backwards either.’

Next on the podium was Lebanese author and journalist Joumana Haddad, an outspoken rights advocate who’s consistently listed among the Arab world’s most influential women. Hers was an image-rich speech that conjured a childhood blighted by a civil war from which books were an escape. But having started gently, she built towards frustrated observations of the societal and cultural barriers that hinder Arabic reading and discourage critical thinking. 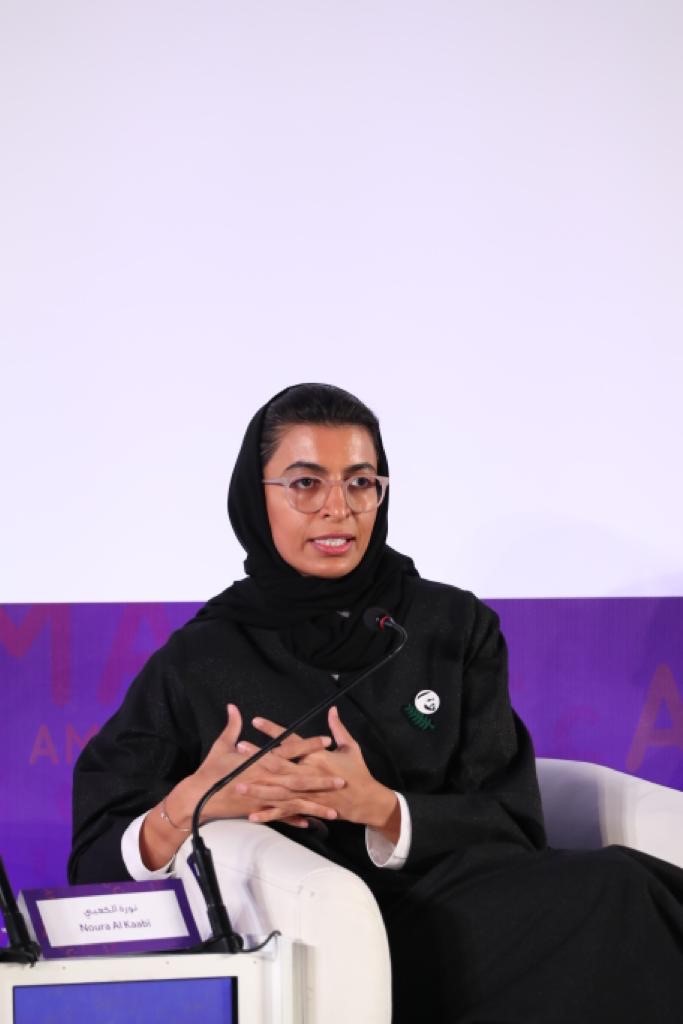 ‘Reading is at the bottom of our priority list in the Arab world…is there a plan to promote reading?’ she asked.

The morning’s panel discussions probed how to develop new publishers and authors, and how to get Arab voices heard around the world. What came up consistently was the notion that the region’s governments need to do more to support the incubation of talent and culture.

Palestinian author Ibrahim Nasrallah said he didn’t buy the idea that young Arabs don’t read, but that ‘politics destroys everything.’

‘Knowledge should bring change, but young people in this region end up clashing with the system, and the revolution is always stolen,’ he said. ‘Governments like to be pictured as supporting artists, but then they don’t make real investments in culture. Cultural ministries are always those with the smallest budget.’

Dia Hayakal, of Hayakal Media, said that in addition to investing in talent it was essential to build a strong ecosystem that has the necessary allure to draw further investment. Examples of how to do this included safeguarding the flow of new enticing content to the market and ensuring translations continue to reflect linguistic changes.

After lunch, a highpoint of the afternoon was a dialogue about Freedom to Publish and News Media. The conversation covered the real and potential dangers of social media in the wrong hands (the White House was mentioned), how publishers around the world experience ‘freedom’ differently, and how the impulse to restrict publishing freedoms is by no means limited to ‘the usual suspect’ states. Moderator Porter Anderson reminded the audience that Donald Trump’s lawyer had gone to great lengths to prevent the released of Michael Wolff’s book Fire and Fury. The difference in that case was that the publisher had the right to resist, and published anyway.

Chair of the IPA’s Freedom to Publish Committee, Kristenn Einarsson, recounted a conversation with South African company, NB Publishers, that was about to release The President’s Keepers about Jacob Zuma. For fear of being shuttered or seeing their website attacked, the firm set countermeasures to ensure that, at the very least, the work would remain available online as a PDF. Einarsson said the message here was that not only do publishers need exceptional courage to bring such works to light, they also need a plan.

The closing session looked at copyright, the other pillar of the IPA’s work (alongside the freedom to publish), and whether the Arab World was ready for a regional Copyright Directive to mirror the one adopted in Europe earlier in 2019. A number of Arab countries have made important national gains in this area, but whether the region as a whole is ready for a single, unifying directive is unclear. 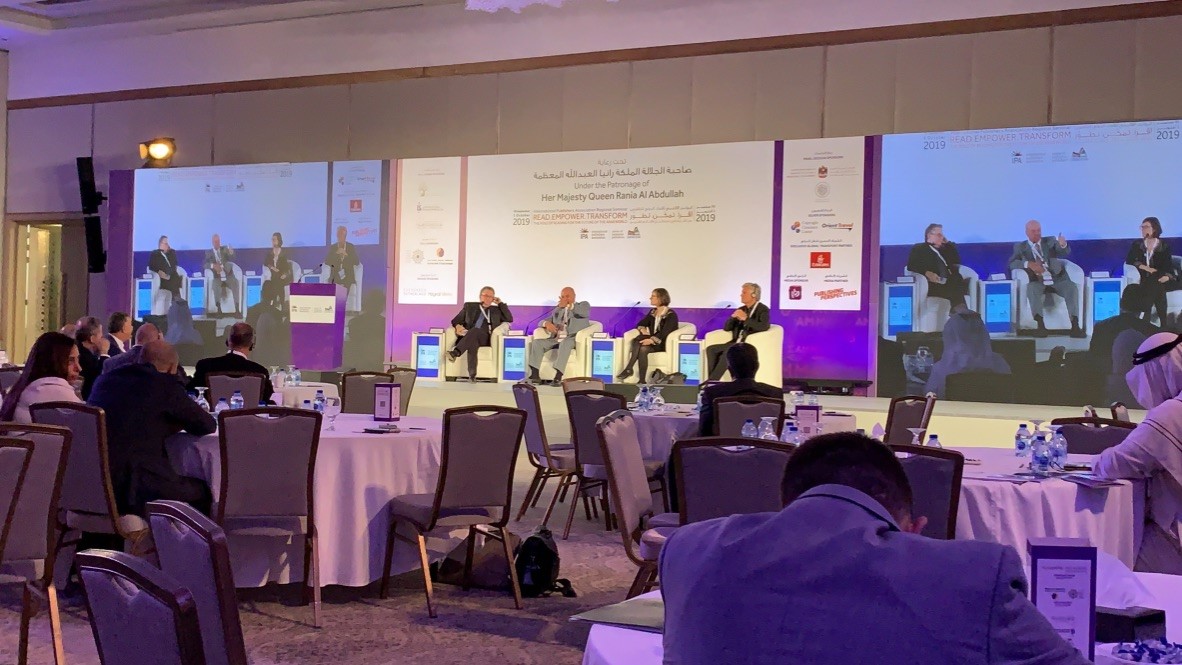 Most participants and some in the audience made it clear that what the region needs to address its piracy woes is not more laws, but proper implementation of those already in place (including the TRIPS agreement, to which the Arab nations are signatories).

This point was picked up by Michael Healy, executive director of the Copyright Clearance Center, in the USA, who was unconvinced of the need for a single directive. Drawing a European comparison, he said the Digital Single Market (DSM) had grown out of a particular set of political, judicial and social conditions, none of which is present in the Arab World.

‘Let Arabs have Arab laws designed for Arab markets, rather than a pale imitation of the DSM,’ he said. 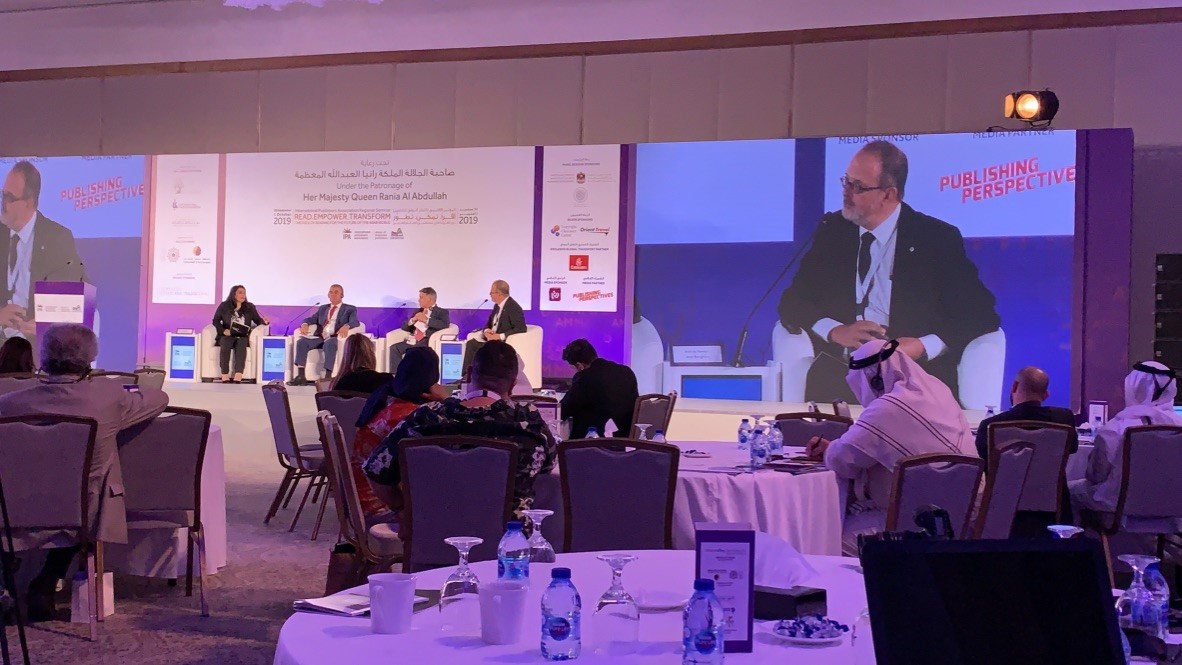 No question, the MENA seminar has broken new ground for the IPA, which is already planning a second iteration in Marrakesh, in December 2020. If the IPA and its Arab members (and non-members) keep up the conversations that have begun here in Amman, there’s every reason the region can change its approach to publishing and overcome the challenges of piracy, freedom to publish, copyright protection, digital technology – challenges common to publishing everywhere actually.

It turns out there is more that unites Arab publishers and their peers around the world than divides them.