The rage is justified but the systematic discrimination against women and girls, and promoting cliches that suggest women are not good enough for math and physics for instance, is not something new in Iran. Despite numerous barriers, women and girls have a significant presence in the educational and social ground. Over the past few years the proportion of male-female students in universities was almost 50-50 and some years there were more women than men.

However, while the world is going forward to diminish discrimination against women, to provide equal education for boys and girls, and to inspire and empower girls, we see a kind of regression in the Islamic Republic of Iran’s educational system. If the world is trying tirelessly to minimise the gaps between genders, Iran is making tremendous effort to maximize the gap. And to be fair, it is not just about girls, a defective educational system ruins the young minds regardless of gender. Needless to say how destructive it could be for our future society.

School textbooks in Iran have been through many revisions over the past 40 years. They have been reviewed and altered to come into line with the ‘revolutionary and Islamic values’. First, women appeared with compulsory cover (Hijab), men lost the tie and grew a beard and any sign of the previous monarch vanished. Reading the Quran - Muslim’s holy book - and religious training was added to the national curriculum. That was not the end of it, though. The history of Iran was re-written by the new regime and every time a new government came to power, new revisions came out of the Ministry of Education. It is an ongoing business. I remember parts of the post-revolutionary history that are being distorted for the young students now.

A couple of weeks ago I watched a series of documentaries called The Art of Persia made by the BBC that in my opinion focused more on the History of Persia instead of the art. Nonetheless, for me who has studied in the Islamic Iran, it was full of remarkable facts about Iran’s vast and rich history that I had never heard about at school. My first feeling was envy. I never had access to such sources in school. We studied a version of history fabricated for us. We are not taught to be proud of it, on the contrary, we are taught to renounce it, minus the part where Islam finds its way into Iran.

I have been noticing a new dangerous pattern in education in Iran for a while. It seems there is a new strategy in place for developing content for children. We are aware of all the existing restrictions but to me it looks like a new wave is coming. One I fear will be destructive.

In 2019, the names of prominent poets and writers - giants like Omar Khayyam and Sadeq Hedayat - disappeared from the literature textbook of the secondary schools in Iran and triggered widespread criticism. Instead, poems of Iranian martyrs in Syria or Lebanon are replacing the long list of outstanding Persian poets and writers whose works have been translated into dozens of languages and have been studied around the world extensively.

This is not limited to textbooks. Again in 2019, a list was leaked by a children’s book editor whose publisher had asked him to cross check book content against the list and mark any topic mentioned so that it could be removed or changed. It was not an official document - the Ministry of culture and Islamic guidance never issued any official guidance describing redlines. The children’s book publisher had made the list gradually from experience. Any topic the Ministry would ask for ‘correction’ found its way onto the list. 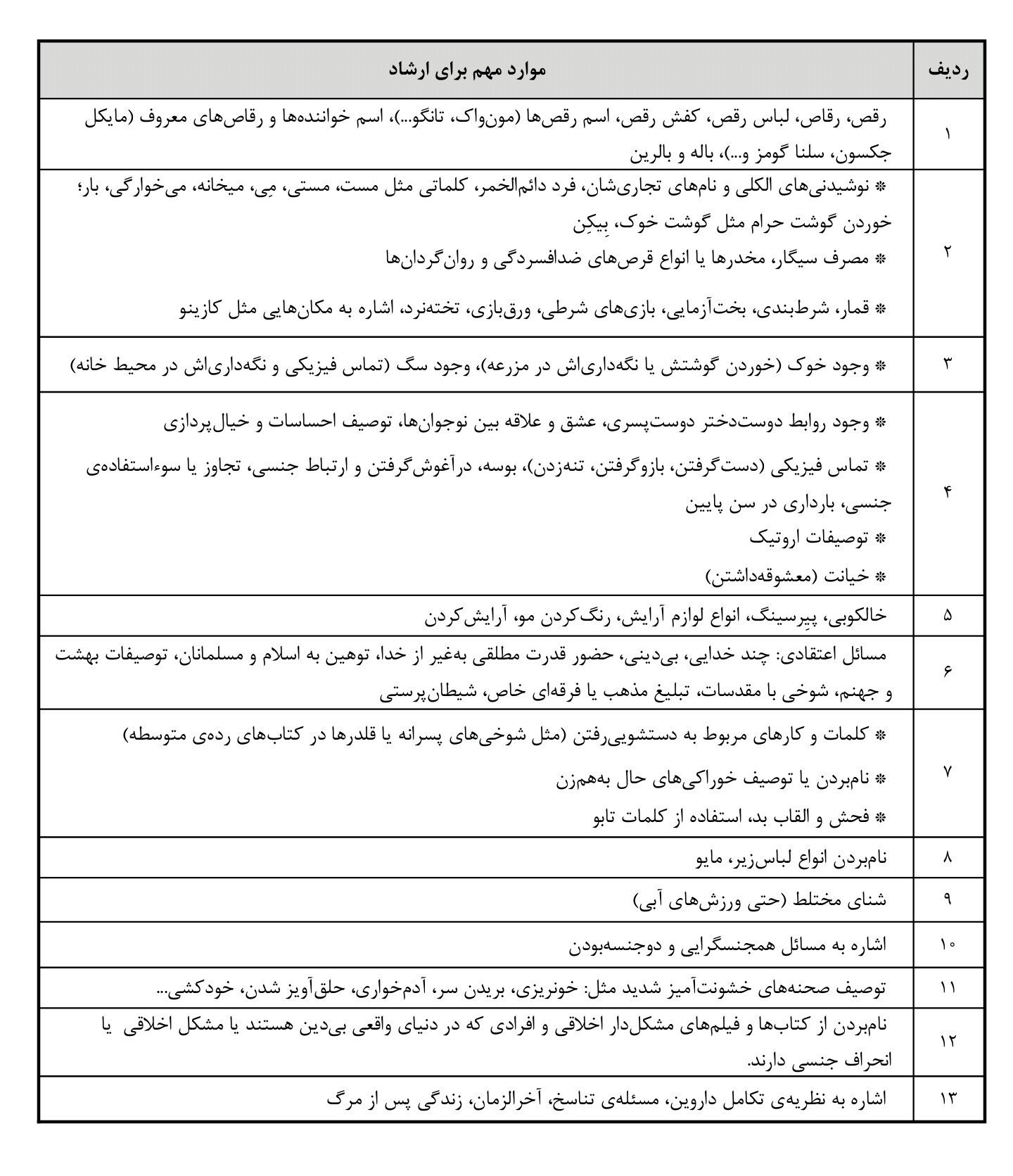 Some of the topics are: dancing, drinks, bacon or keeping a pig in the field, friendship or love between members of the opposite sex, any hint of LGBTQ, kissing, tattoos, atheism, swimsuits, men and women swimming together, evolution, Darwin, reincarnation... the list goes on!

We see hope in our children. We desire a better world for them, a better world made by them. What hope can a nation have if they erase the past, distort facts and manipulate the future unfairly?

More posts from author
Monday, 16 September 2019 In Praise of Iran’s Independent Literary Awards
Wednesday, 12 December 2018 The Endangered Joy of Reading in Iran
Thursday, 20 September 2018 Self-publishing in Iran; a tale of dare and dilemma