At the same time, many countries host a dynamic publishing industry and many of the most important associations are IPA members (Mexico, Panama, Colombia, Brazil, Peru, Chile and Argentina).

In a timespan of about six weeks, I had the chance to visit two Latin American countries: Peru and Colombia, while having important IPA activities in my home country, Mexico. With a combined population of 205 Million people and world-known authors like Nobel Prize awardees Mario Vargas Llosa, Gabriel García Márquez and Octavio Paz, among many others, these three countries have thriving publishing industries.

My first trip took me to Lima, Peru’s picturesque capital, from 22-25 July, where I was able to attend a flourishing Lima International Book Fair. Lima itself was a bit in a state of frenzy because of the Pan-American Games, which took place from 26 July to 11 August.

The main topic that had publishers busy during the fair was the approval in congress of the new book law. It is really an update of the one currently in place, granting VAT exemption for books and other supports in favor of books and reading.

I also delivered a keynote speech on Freedom to Publish, where I stressed the importance of standing together as publishers to defend our right to contribute to society by publishing any work, so that there are no more publishers silenced, imprisoned or even murdered. You can read the complete speech here.

During the fair, IPA member, the Camara Peruana del Libro, also organized a meeting with top officials of the Peruvian Copyright Office, Indecopi. The discussion centered on the importance of copyright as an enabler for the creation and dissemination of new works, joint strategies to fight book piracy and the next steps to create a much-needed collective management organization in Peru.

A couple of weeks after my visit to Lima, I traveled to Bogotá. During my stay in the busy and beautiful capital of Colombia, sitting in the Andean mountains at 2,600 meters above sea level, I had the chance to attend and speak at an important copyright seminar, organized by the National Copyright Office of Colombia.

The well-attended seminar was to celebrate the 133 anniversary of the first copyright register in Colombia, which happily coincided with the 133 anniversary of the Berne Convention. I spoke about the work of IPA and the importance of copyright for creativity and innovation. You can read the complete speech here. The seminar was also attended by madame Sylvie Forbin, Deputy Director General of the World Intellectual Property Organization, WIPO. 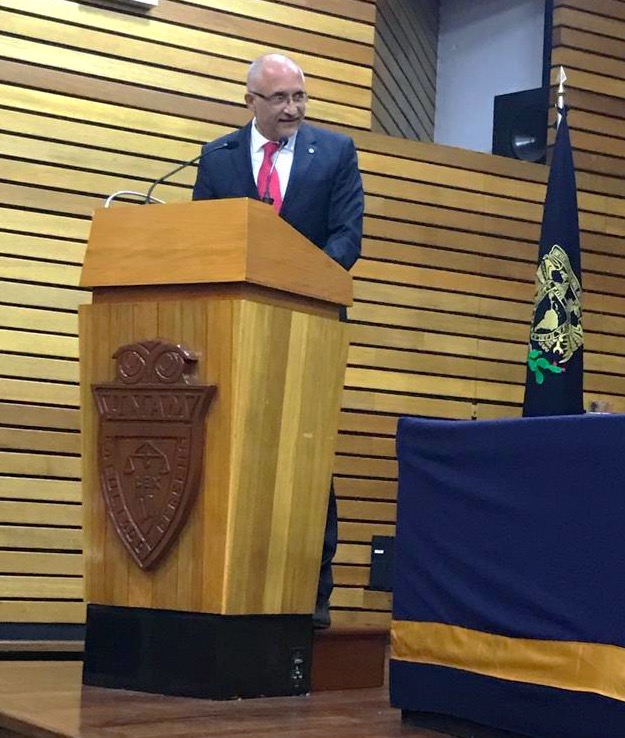 In addition I had the opportunity to participate in a productive meeting of our member in Colombia, the Cámara Colombiana del Libro, with the Instituto Nacional para Ciegos (National Institute for the Blind). We talked about IPA’s and the Colombian publishers’ support of the Marrakesh Treaty and the work publishers are doing, under the Accessible Books Consortium’s initiative, in favor of accessible publishing.

The Colombian Publishers Association also hosted a lunch meeting for Sylvie Forbin, where we could discuss several topics of common interest, like the implementation of the Marrakesh Treaty, the Accessible Books Consortium and the Publishers Circles.

The week after having visited Bogotá I was back in Mexico, my home country, where I attended and spoke on a seminar organized by the Mexican Copyright Office at the National University, with the presence of madame Sylvie Forbin, who had also traveled from Bogotá to Mexico City. I talked about the challenges for copyright in the digital environment.

Publishers are embracing technology and incorporating it in our processes and business models. The problem is that technology makes it easier than ever to produce an unlimited amount of perfect copies of a digital file. That is why copyright remains to be essential in the digital era. You can read the complete speech here.

The Mexican Congress organized a special visit for Madame Forbin, where she delivered a keynote speech on the Beijing Treaty (still to be ratified by Mexico). I was invited to comment on the Marrakesh Treaty and the Accessible Books Consortium, where I used the opportunity to explain what the publishing industry is doing globally to support both initiatives.

Below C-level; how publishing’s leading women are seeking gender equality at every paygrade