Over the next few months, guest writer Matt Goolding will produce a series of articles shining a spotlight on some of the world’s most prominent violators of freedom to publish. He will examine one country at a time because, while they all have the suppression of this vital human right in common, they are in reality very different places, each deserving our attention.

Bangladesh is facing nothing short of a freedom to publish catastrophe. Writers and publishers have been subjected to a spate of deadly machete and gun attacks, exacerbated by a misguided government response that is fanning the flames of violence. Many in the country’s free-thinking publishing industry have fled.

Radical Islamist groups have so far claimed the killings of seven bloggers, free-thinkers and their publishers; six of them since February 2015. Most recently, law student Nazimuddin Samad, who wrote about religious fundamentalism, war crimes, minority issues, corruption and injustice against women was hacked and shot on 6 April 2016.

In addition, the scope of the attacks has extended to anyone with a dissenting view; from civil society actors and religious figures to academics, such as university professor Rezaul Karim Siddique, who was killed on 23 April 2016. Two days later, Xulhaz Mannan, editor of Bangladesh’s first and only LGBTI magazine, and his friend were hacked to death at home by unknown assailants.

2015 was a particularly tragic and bloody year for Bangladeshi writers and publishers. In February, US-based secular blogger Avijit Roy (pictured below) was murdered during a visit to Dhaka as he returned from a book fair. A month later, blogger Washiqur Rahman was hacked to death on a busy street by a gang wielding meat cleavers. 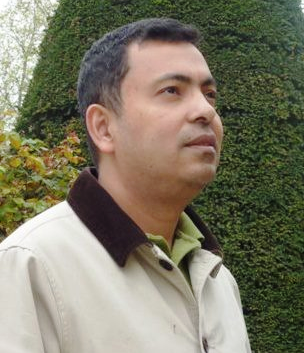 In May, a masked group murdered Ananta Bijoy Das as he was heading to work, and in August Niloy Chakrabarti was killed. In October, two publishing houses in Dhaka were set upon by armed assailants who killed one man and injured several others; they were attacked because of their links to Avijit Roy.

All of these victims were active, secularist bloggers or publishers who disseminated anti-extremist opinion.

Advox, part of the Global Voices network, has said of the situation:

‘The right to free expression is enshrined by Bangladesh’s constitution and international human rights doctrine, to which Bangladesh is party. Atheists have the same rights as other citizens in Bangladesh. Under national law, any person who has a ‘deliberate’ or ‘malicious’ intention of ‘hurting religious sentiments’ can be prosecuted. Yet Bangladesh’s secular government has done little to discourage these attacks or bring killers to justice.’

Failure to prevent or properly punish such attacks is a common, aggravating factor in countries where freedom of speech is under attack. It is certainly the case in Dhaka, where, rather than seeking to bring violent extremists to justice, the authorities focus more on pursuing bloggers deemed to have demeaned Islam and / or to have published ‘anti-religious’ content. A month after the first blogger targeted, Ahmed Rajib Haider, was murdered in February 2013, the government responded by forming a committee to track bloggers and social media users making allegedly derogatory remarks about Islam and the Prophet Muhammad. The committee published an email address where complaints about ‘blasphemous’ content could be submitted.

The committee also reportedly held discussions with Islamic clerics, who submitted the names of 84 bloggers and requested that they be investigated. This list was made public, and became a hit-list for those carrying out the attacks. Several on the list have been killed, others are in hiding, while many named have left Bangladesh.

Placing the onus on the writers and publishers in this way lays the blame for the violence at the feet of the victims, and not the perpetrators. Yet the government has a constitutional and a moral duty to protect all of its citizens and to safeguard justice by defending writers and publishers and their human rights.

In February and June 2016, the IPA called for the release of Shamsuzzoha Manik, a 73-year-old publisher arrested for an ‘offensive’ book that had purportedly hurt religious sentiments. Manik was arrested after religious extremists threatened to storm the Ekushey Book Fair if police didn’t bring him in.

On 8 June 2016, a New York Times article reported that the Bangladeshi authorities had found out who was behind the attacks after a militant arrested at a Dhaka checkpoint led them back to two Islamist groups. Having identified the leaders, the authorities have said they intend to ‘round them up’, although they had not yet done so at the time of writing. Such a step would show an unprecedented level of proactivity from the government, and we hope that they are as good as their word. 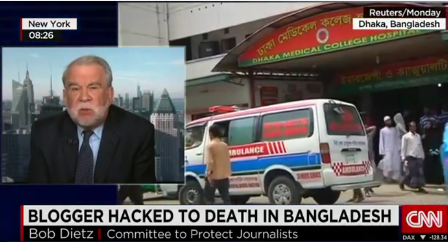 On 24 June the IPA attended an international seminar on Freedom to Publish, in Dhaka, organized by its member there, the Academic and Creative Publishers Association of Bangladesh (ACPAB). At the meeting, Bangladeshi publishers and international free speech NGOs debated ways to raise the profile of the spiral of violence.

In addition, the IPA is working with multiple global free speech organisations to ensure that Bangladesh remains high on the international agendas of key decision makers, including at the United Nations, in Geneva.

Matt Goolding is Head of Digital Marketing at Ribbonfish, a London-based company that creates cloud enterprise apps for major publishers in the UK and the US. Ribbonfish develops tools to help publishers adopt an agile approach, improve processes, and build a closer bond with their customers.