Day 2 of this 36th session of the WIPO Standing Committee on Copyright and Related Rights started with an almost empty plenary room, save a handful of NGOs, as the Members States continued their ‘informals’ from last night, with the NGOs following the discussions from the plenary room, without being able to relay them to anyone.

The group of organisations representing NGOs from the creative sectors, which is coordinated by the IPA, met at the start of the day to discuss the progress on the Broadcasting Treaty so far, to bring each other up to speed on the proposals currently under discussion, and to plan the week ahead. 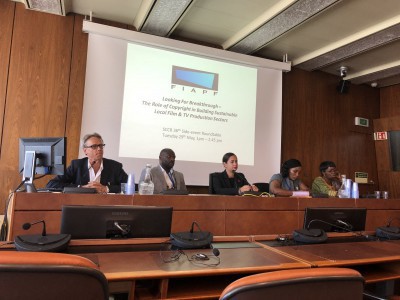 Today’s side event was organised by the International Federation of Film Producers Associations (FIAPF) who brought a superb line-up of producers and sales agents from the UK, South Africa, and Burkina Faso to present the economic realities of producing films in Africa and selling them locally and internationally. The first speaker, Mayenzeke Baza of sales agent, AAA Entertainment, spoke of the importance of exclusive rights to financing a film and, from his personal experience with films like Loving Vincent and Happiness is a Four-Letter Word, how the value of those rights can vary based on box-office or award success. Then, Advocate Mawande Seti-Baza then underlined the need for policy makers to have all the stakeholders around the table when considering legislation to ensure that each member of the value chain can make a return on their investment. And finally, Mrs Béatrice Damiba of the Association Convergence, made an impassioned plea for something to be done about piracy which is undermining investment in audiovisual production in West Africa. 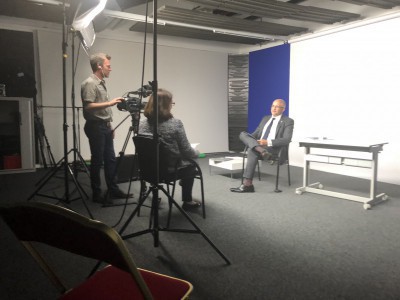 IPA’s Vice President had been involved in his own bit of film-making during a gap in proceedings on Monday, where he was adding his final voice-overs to a video on the Marrakesh Treaty for WIPO’s Accessible Books Consortium and his work on inclusive publishing. You can see a previous interview with Hugo on accessible publishing here. 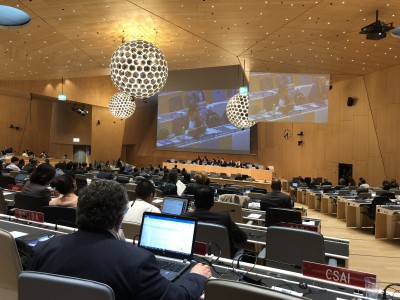 The afternoon saw the Member States go back to informals off-site, to try to crack the text on the Broadcasting Treaty, leaving NGOs to spread out in the plenary chamber to listen in to them. The plenary chamber has an eerie atmosphere with the lights turned low and occasional sniggering and laughter as we follow discussions on headsets. 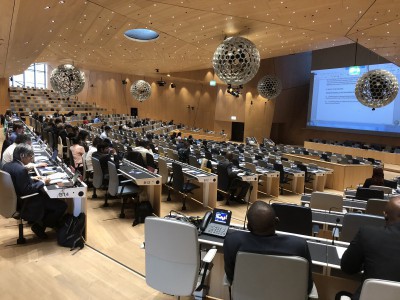 At the end of the day, the full SCCR resumed in the plenary chamber giving chairman Daren Tang enough time to commend the positive momentum and spirit of the informal discussions before closing the day’s proceedings.

And with that the IPA delegation disappeared off into the Geneva evening sun.

Tomorrow morning at 8:30, the Russian Federation is making a presentation about strengthening the protection of theatre directors rights. The IPA has a plethora of meetings with individual Members State delegations and some regional ones. There is another side event at lunch time tomorrow, this time organised by Education International which, we predict, will attack the publisher and creative sector position and ask for broadened exceptions. And our guests arrive tomorrow: EC member and President of the Spanish PA, Daniel Fernández, and his CEO, Antonio María Avila, Jessica Sänger from the Börsenverein and Willian Bowes from the PA UK.