May 31 Posted by James Taylor in Publishing industry

Day 4 of SCCR is the second day focussing on the Draft Action Plans (DAPs) and Exceptions and Limitations (Es and Ls, check out our jargon buster). The day started out with another round of comments from groups, Member States and observers and featured the same the mix of opinions as yesterday.

The question of ‘balance’ frequently comes up during the WIPO debates which brings to mind Glenn Rollans statement (President of IPA member, the Association of Canadian Publishers) from the last SCCR. To hear the arguments put forward by those advocating for broadening of exceptions, you’d think educational publishers were not interested in educating people or improving educational outcomes.

With that, the Chair took the committee into ‘informals’ to enable Member States to speak in more detail on the DAPs. As we are not allowed to report on those discussions, and with no side-event today that left the rest of the day pretty empty and an eerie silence descended on the plenary chamber once more.

But that didn’t mean the IPA was idle. We had a full schedule of meetings which included both our delegation and the Creative Sector Organisations group that IPA coordinates. 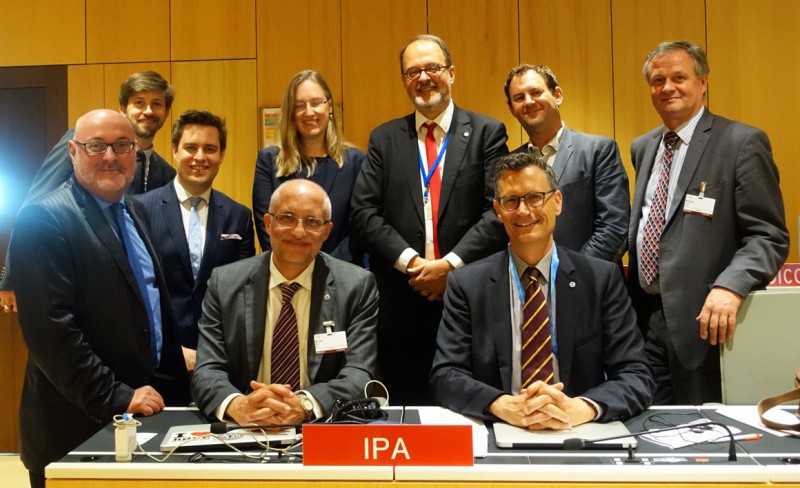 We took advantage of having a large Spanish-speaking IPA contingent for a very fruitful meeting with representatives of the Spanish permanent mission to Geneva. We were also able to meet with people from the Indian delegation which was constructive ahead of possible copyright consultations to be held in India later this year.

As the day progressed the meetings came thick and fast with the creative sector organisations meeting the Asia Pacific Group, Group B and the CEBS Group. We also had a high-level discussion with IFRRO’s senior management.

Off-site, the IPA took the opportunity for our President and Vice-President to meet other Geneva-based organisations such as the Geneva Center for Human Rights (today) and the World Economic Forum (yesterday).

Tomorrow, we have meetings with the US delegation and the Africa Group set up. And the SCCR will move on to the ‘other items’ on the agenda. Check back in then, for the final instalment.