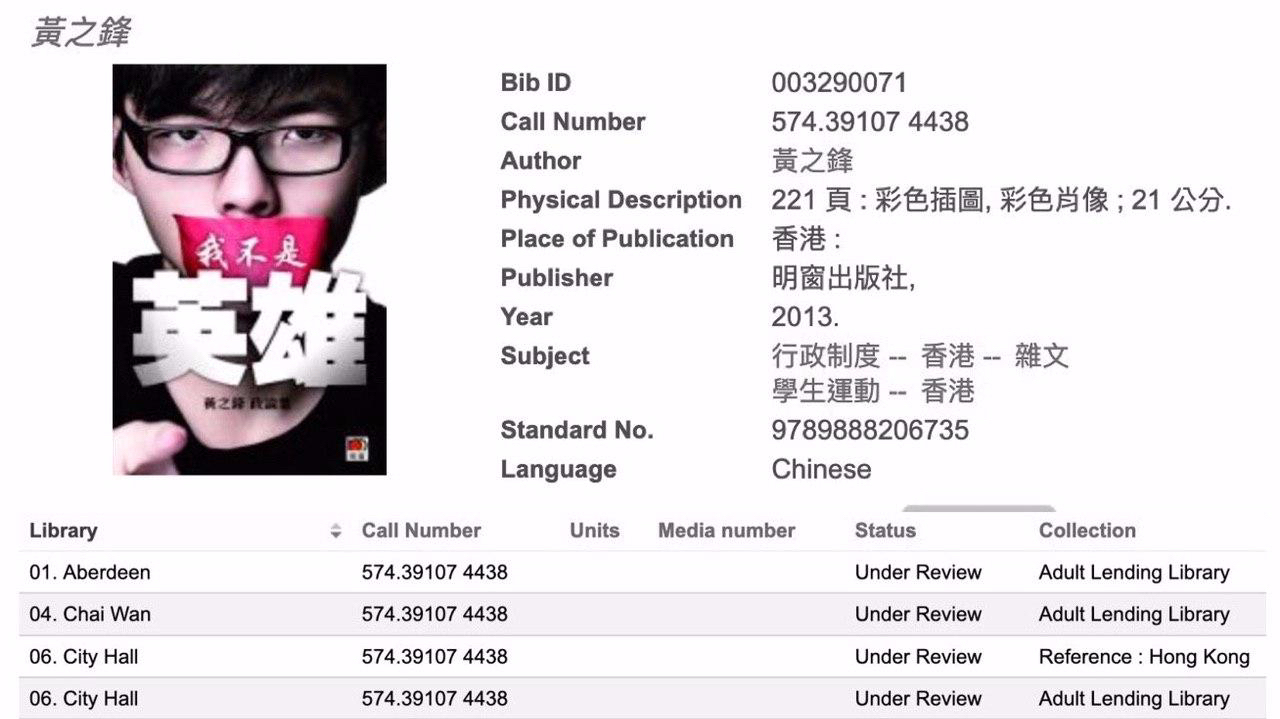 The International Publishers Association is extremely concerned by reports in the Guardian, Global Times and The Wall Street Journal among others that books by prominent protester, Joshua Wong, and Hong Kong politician, Tanya Chan, have been removed from public libraries and bookshops as the new Chinese Security Law is implemented in Hong Kong.

Kristenn Einarsson, Chair of the IPA’s Freedom to Publish Committee said: “Banned books are a worldwide problem, but these reports suggest that the impact in Hong Kong of the new Security Law will be felt immediately. It is extremely concerning. We stand with publishing colleagues anywhere who are affected by book bans and call on governments around the world to protect the right to publish freely in their countries.”

IPA has previously expressed concern about the situation for publishers in Hong Kong in connection with the now-closed bookshop and publishing house co-owned by Gui Minhai, the Hong Kong publisher that was the 2018 IPA Prix Voltaire laureate. Gui is currently in jail in China. The IPA continues to call for his release.