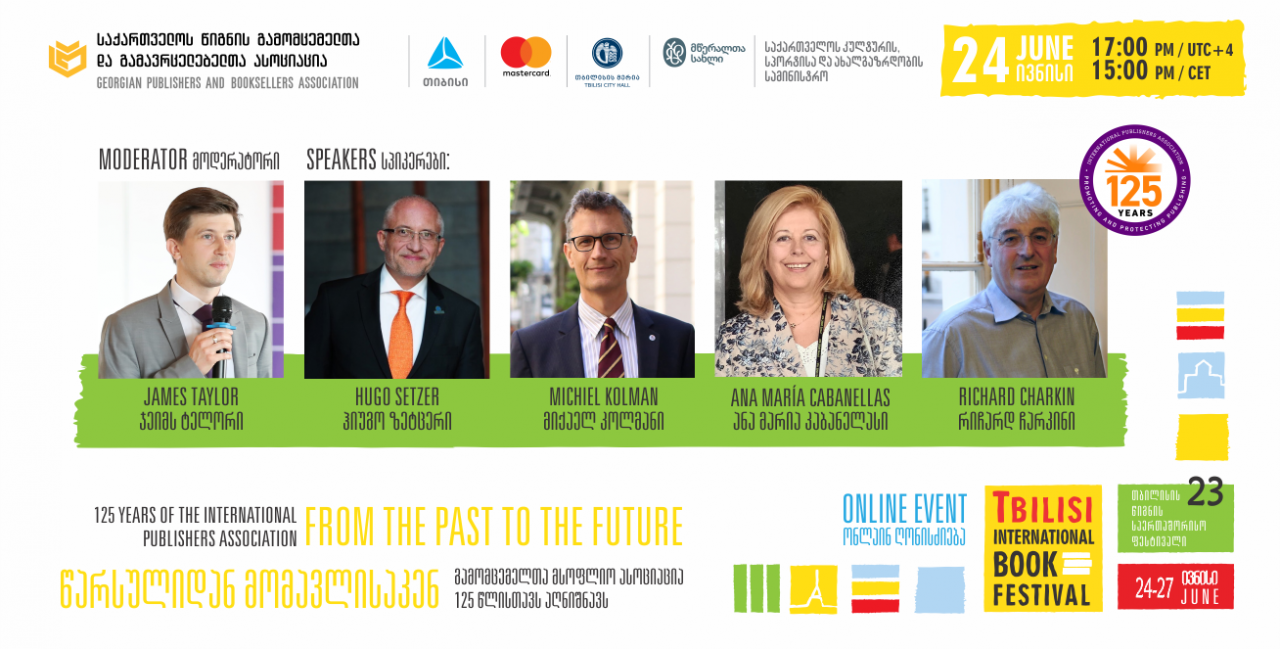 IPA Past Presidents look to the future in Tbilisi

As publishers in Georgia were able to gather together for a physical book festival, IPA joined virtually as part of its 125th anniversary celebrations for a discussion between four past Presidents that shared anecdotes from past congresses as well as looking to the future.

Ana Maria Cabanellas (IPA President 2004-2008), Richard Charkin (2015-2016), Michiel Kolman (2017-2018) and Hugo Setzer (2019-2020) spoke to IPA’s Director of Communications and Freedom to Publish, James Taylor about their earliest memories of IPA and some of the moments that really demonstrate the importance of IPA. These included the international cooperation during the COVID-19 Pandemic, the Prix Voltaire ceremony at the 2018 International Publishers Congress in New Delhi.

Looking to the future, there was an agreement that sustainability and diversity and inclusion would be important as would IPA’s traditional pillars of copyright and freedom to publish which constantly face new threats.

Ana Maria Cabanellas closed the session fittingly by stating, if IPA didn’t exist now, we would create it.

You see the conversation here.

IPA President, Bodour Al Qasimi gave an opening Keynote to the festival. You can see that here.