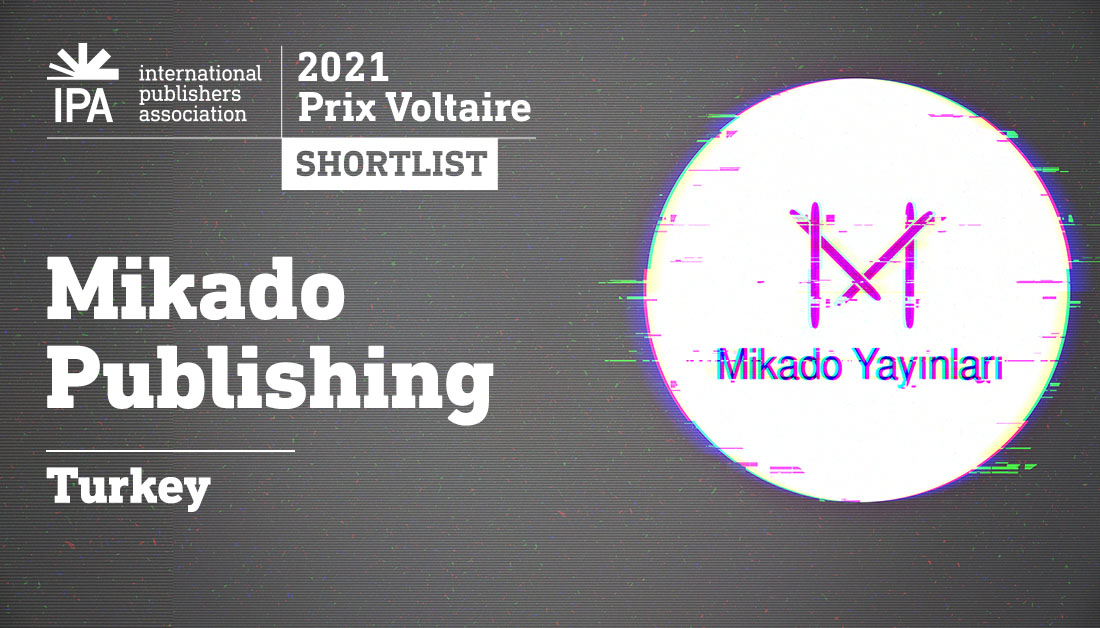 The 2021 Prix Voltaire shortlist, celebrating publishers who have shown significant courage and integrity in defending the freedom to publish, was revealed in October by the IPA. Among this year’s notable nominees was Mikado Publishing, a Turkish publishing house founded in 2006. In this article we look more closely into their work and their commitment to the Freedom to Publish.

Originally publishing sudoku puzzle books before expanding to cover children’s books – pre-school and school age – as well as family and child development, non-fiction, and health. These publications have often taken the form of Turkish translations of books from international publishers. Regrettably, however, in recent years Mikado Publishing has faced significant barriers in their work on the part of the Turkish authorities.

Ahead of the 2018 general election, Turkish President Recep Tayyip Erdoğan declared his intention to eliminate ‘harmful’ content from publishing. Consequently, in the past three years, a total of 13 books have been declared ‘obscene’ – four of them being adult books and nine of them children’s books. Among them was Where do babies come from? (originally Wieso? Weshalb? Warum? Woher die kleinen Kinder kommen, originally published by German publishing group Ravensburger, and published in Turkey by Mikado publishing house. As a result, Mikado has been prosecuted on charges of obscenity and faces 6-12 years in prison with the case currently pending at the Turkish court of appeals. For their commitment to upholding the right of freedom to publish, Mikado recieved the Turkish Publishers‘ Association Freedom of Thought and Expression Award in 2020.

When asked for comment regarding their nomination for the 2021 Prix Voltaire, the publisher said: “As Mikado Publishing, we are proud to say that we have published quite a large number of children's books where all are unique. But all in all, they all have something in common.

They prepare for life in line with the universal principles that are:

The publisher continued, stating that “from the beginning, we have faced many obstacles, but whatever the circumstance we are in we always try to do what's right and what's best, because we know from history that no obstacle could stand in front of science and freedom of thought. And it is no surprise that qualified and equipped children will have the way for a better world and carry us to a better future. All our efforts are for generations who are going to make the world a better place.

We are thrilled to have been nominated for such an exquisite award. We are more than happy that our efforts are acknowledged and want to thank you for all your support. Finally, we hope that the next generations will have the chance to live in a better, fairer, and freer world.”

The 2021 IPA Prix Voltaire ceremony will take place on 30 November at the 35th Feria Internacional del Libro de Guadalajara. The Prix Voltaire honours the freedom to publish, without which many forms of freedom of expression would be impossible. Publishers who provide authors with the tools to disseminate their written ideas assume the same risks as the writers themselves. The honor which comes with a CHF 10,000 prize, is made possible by generous contributions from sponsors, all of which are publishing houses and organizations that share the values that the IPA Prix Voltaire embodies.