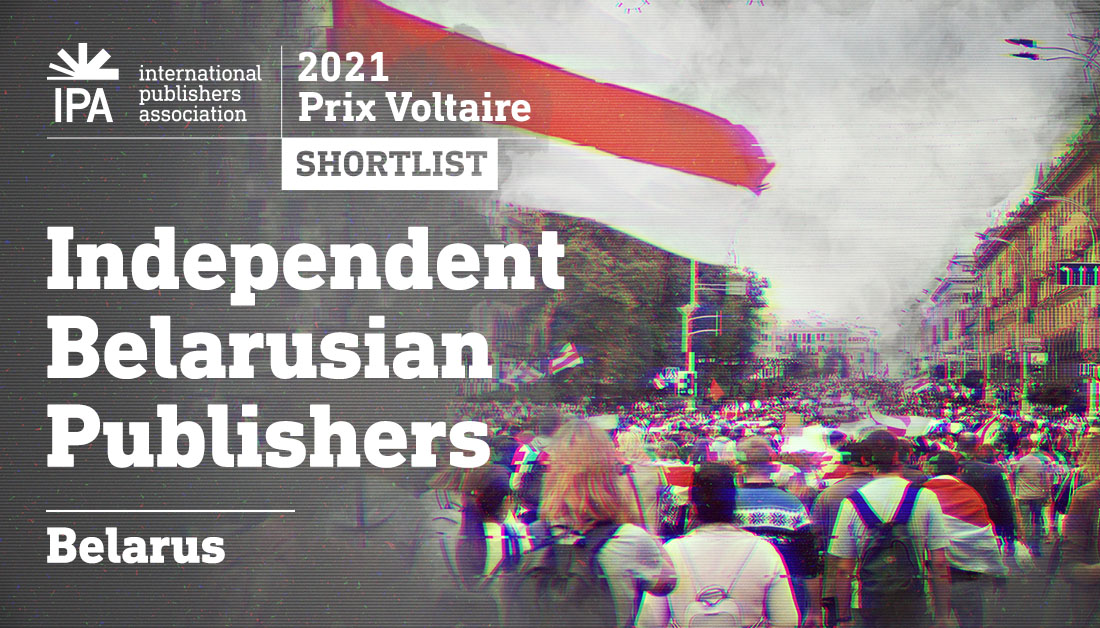 Among the 2021 IPA Prix Voltaire shortlisted candidates – which were revealed in October – there was a unique nominee. Instead of a single individual or publishing house, a number of different publishers and publishing houses were highlighted across two separate nominations, with both nominators requesting anonymity for the individual publishers due to the possible risks they face. Inquiries by the IPA and recent developments in Belarus suggest that the publishers would be put at risk by communicating their names. As a result, the shortlist for the 2021 IPA Prix Voltaire includes Independent Belarusian Publishers as an anonymous collective. In this article we look at the situation of publishers in Belarus.

The 2021 IPA Prix Voltaire ceremony will take place on 1 December at the 35th Feria Internacional del Libro de Guadalajara. The Prix Voltaire is unique in honouring the freedom to publish, without which many forms of freedom of expression would be impossible. Publishers who provide authors with the tools to disseminate their written ideas assume the same risks as the writers themselves. The honor which comes with a CHF 10,000 prize, is made possible by generous contributions from sponsors, all of which are publishing houses and organizations that share the values that the IPA Prix Voltaire embodies.

Independent Belarusian publishers have been harassed and intimidated, particularly after publishing books critical of the government. The harassment has included police visits, seizure of computers, seizure of books, blocking of books from export, investigations by tax and finance authorities, application of high fines for alleged financial irregularities and blocking of bank accounts. Publishers taken in for questioning often must sign non-disclosure agreements in order to be released.

As recently as July 2021, the Belarusian authorities undertook a wave of repression against a variety of independent media outlets and organizations. In the span of 10 days, authorities carried out more than 70 searches of editorial offices and private homes, and dozens more journalists, editors and media creators were taken into custody. Around the same time, PEN Belarus and the Union of Belarusian Writers (UBW) were dissolved by the government, in the wake of a report which detailed 621 instances of human rights violations – including arrests and imprisonments – against culture workers in the first half of 2021.

The repression against publishers and members of creative industries is becoming increasingly more alarming. Last month, a “Freedom of Expression for Belarus! #freebelarus” rally was held during the week of the Frankfurter Buchmesse. The Börsenverein, the European Writers' Association, PEN and members of the opposition from Belarus demanded the release of politically persecuted cultural workers and freedom for the media in Belarus. The speakers at the rally included Sasha Filipenko, author;  Alexandra Logovina, Head of Public Outreach in Sviatlana Tsikhanouskaya’s office; Nina George, author and president of the PEN Center Germany; and Alexander Skipis, general manager of the Börsenverein.

The speakers had two demands:

“We demand from the Belarusian authorities the immediate release of politically persecuted authors, publishers and journalists, as well as the withdrawal of the administrative and criminal proceedings against Belarusian media and artists and the reopening of the authors' associations PEN Belarus and BWU, which were dissolved by the regime.”

“We appeal to the United Nations, the OSCE, the Council of Europe and the European Union to step up pressure from the international community and to take action in Belarus in the face of constant violations of the human right to freedom of expression.” 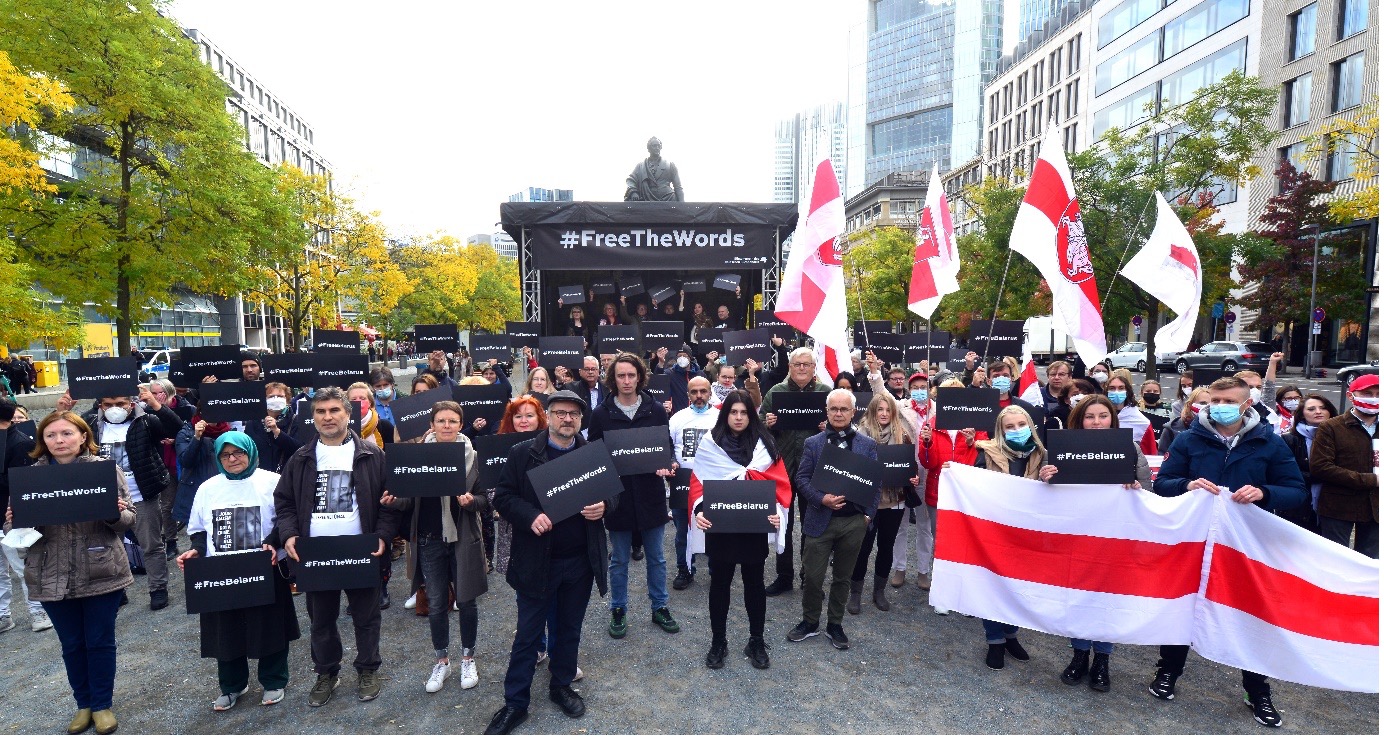