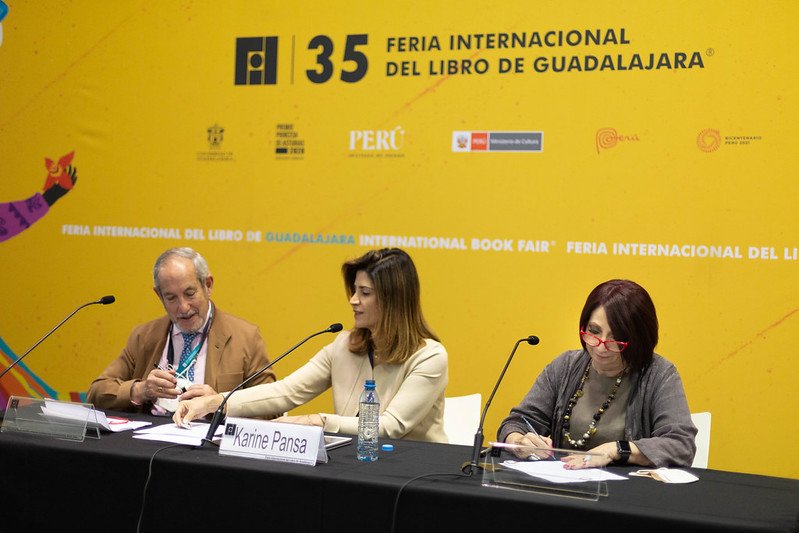 On the occasion of the 35th Guadalajara International Book Fair, the Mexican publishers’ association, CANIEM, and the book fair itself both signed the SDG Publishers Compact.

IPA Vice President, Karine Pansa, invited Juan Arzoz, President of CANIEM, and Marisol Schulz, Director of the Guadalajara book fair, to sign the 10 point compact which was launched by the United Nations and the IPA in 2019.

Welcoming both of them Pansa said: The SDG Publishers Compact is a commitment by signatories to work towards the 17 Sustainable Development Goals. It was developed by the United Nations and the IPA and in just over a year 150 companies and organisations from across the global book sector have signed up. We are very happy that the Feria Internacional del Libros de Guadalajara and CANIEM are going to join them.

Juan Arzoz, President of CANIEM said: The Mexican Publishers Association hopes to promote sustainable practices and to play a role as a promoter of the Sustainable Development Goals during the decade of action.

Earlier in the month, the Federation of European Publishers also signed the SDG Publishers Compact.