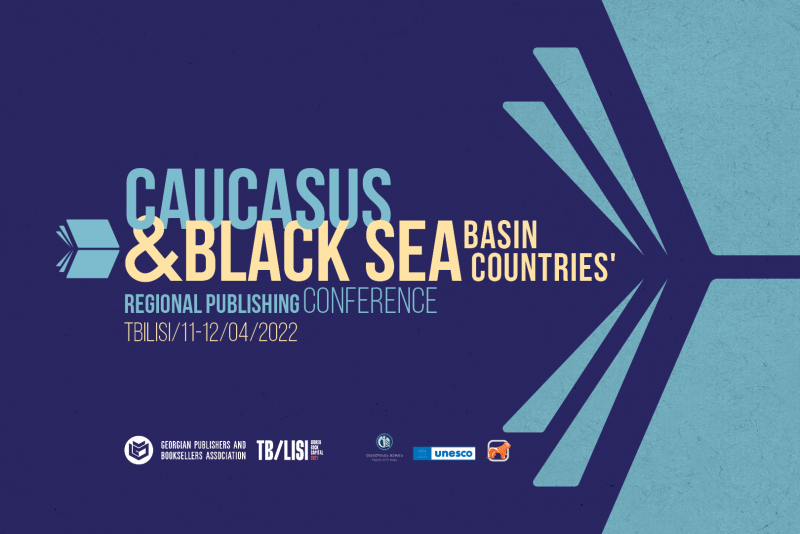 Organised by the Georgian Publishers and Booksellers Association (GPBA), within the framework of the Tbilisi World Book Capital City project, and coordinated with the IPA through IPA Executive Committee member, Gvantsa Jobava, the Caucasus and Black Sea Basin Regional Publishing Conference attracted over 30 publishers and other industry representatives from Armenia, Azerbaijan, Bulgaria, Georgia, Romania, Turkey and Ukraine. The first conference of its kind, it aimed to promote deeper collaboration between the publishing industries of this diverse region.

IPA President, Bodour Al Qasimi gave the opening keynote address in which she commended the organisers for taking their initiative and outlined the IPA’s InSPIRe initiative which aims to bring the entire book value chain closer for a more resilient and sustainable future. She also spoke about the IPA Academy which is hub for upskilling publishers.

Books spread hope in times of peace and are even more important in times of war, because they help us understand each other better. This is what I emphasized in my opening speech at the Caucasus and Black Sea Basin Countries' Regional Publishers Conference.
@IntPublishers pic.twitter.com/rYBFVku2GV

The IPA delegation also took the opportunity tomeet with members of the Georgian Booksellers and Publishers Association.

During the meeting with members of the Georgian Publishers and Booksellers Association, I urged them to continue encouraging dialogue and promoting peace, and to cooperate with each other and with their counterparts in the region.
@IntPublishers @GPBAOFFICIAL pic.twitter.com/9KeUf5AwW6

UNESCO’s World Book Capital City Network program has been operating since 2001 and the IPA is part of the Advisory Committee that recommends the annual capital. This year, UNESCO is initiating a new network which will bring together previous World Book Capitals with current and forthcoming ones to work together more intensely and cooperatively.

Previous IPA President, Pere Vicens, opened the meeting and described how he had initiated the World Book Capital City program, resulting in Madrid becoming to the first Capital on 23 April 2001. IPA President Bodour Al Qasimi, and Secretary General José Borghino worked with representatives of past and future World Book Capitals to create this new network which will begin having a significant impact from this year when the Capital is Guadalajara in Mexico.

Thanks to UNESCO for inviting me to their annual World Book Capital Network meeting in Tbilisi, World Book Capital 2021. Through this network we are able to cooperate and work together to reinforce the importance of this initiative. pic.twitter.com/TtrIL1552E