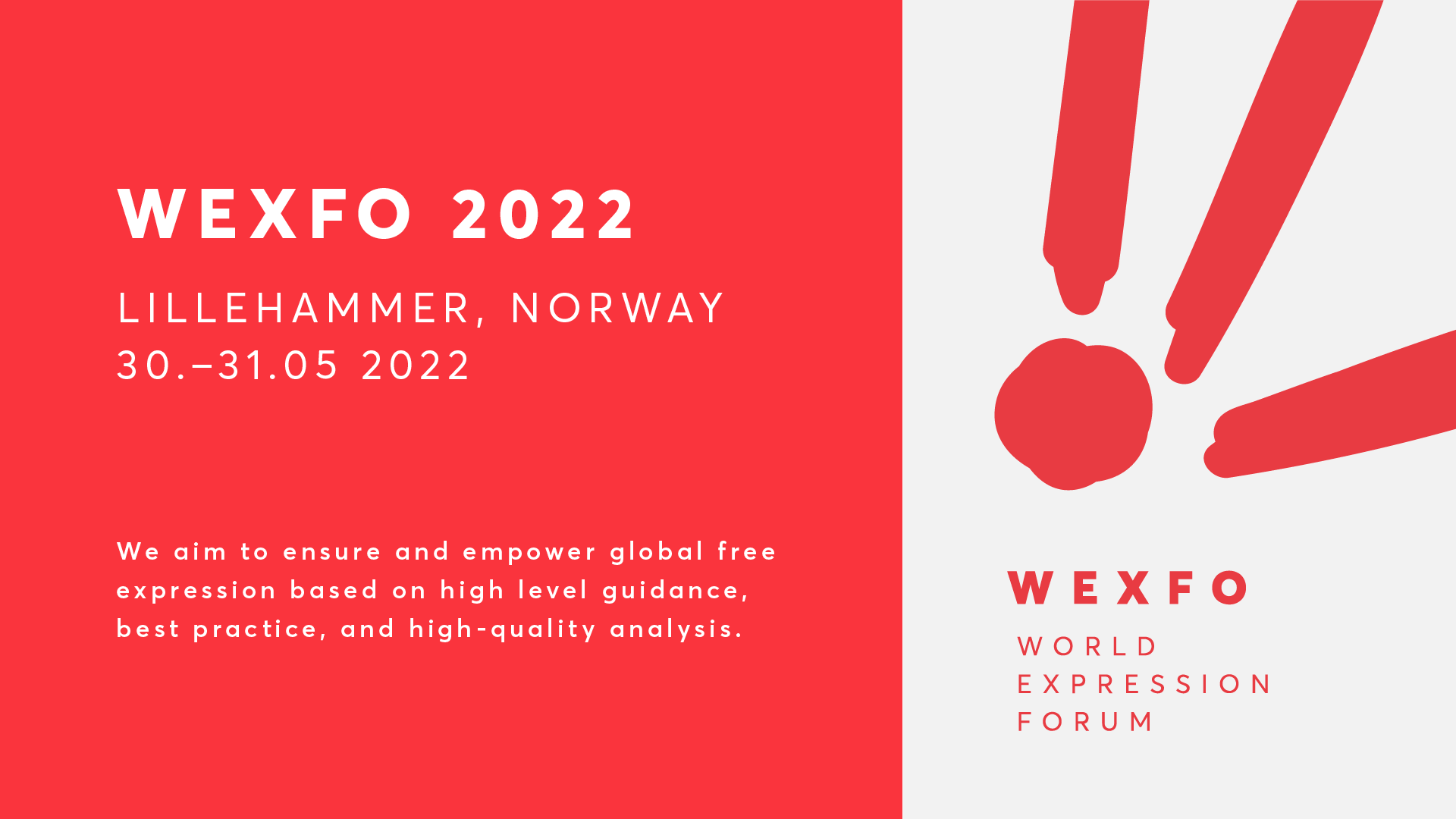 The first edition of the World Expression Forum, known as WEXFO, took place in Lillehammer from 30-31 May with a stellar array of speakers, including Prix Nobel laureates Dmitri Muratov and Maria Ressa, dissecting the state of freedom of expression around the world.

Irene Khan, UN Special Rapporteur Freedom of Opinion and Expression, captured the spirit of the Forum noting that freedom of expression is a gateway right.

Platforms and populist regimes were mentioned frequently.  A number of speakers noting the lack of regulation for platforms, and Leandro Demori of The Intercept, flagging how ill-equipped the media were to tackle the metaverse while PEN International President, Burhan Sönmez, called on participants to read more novels and to recognize that populism is a different type of pandemic with people wearing a sort of mind-mask.

Amnesty International Secretary General, Agnes Callamard, created an image of the development of democratic ghettos that are not working, citing the inaction over Afghanistan and Ukraine as proof. She made a powerful call for all governments to continue the fight in the war on values.

The shortlist for the 2022 IPA Prix Voltaire was announced at the end of the second day. You can read that announcement here. Rasha Al Ameer, the co-founder of the 2021 Prix Voltaire laureate Dar Al Jadeed, echoed those concerns of Ms Callamard, noting the parallels between the situation in Ukraine with that previously in Syria and the disastrous situation in Lebanon.

Day two consisted of a morning of workshops on a range of subject and the afternoon opened with a discussion on the middle east and whether change can be promoted from the inside. Fatemah Farag spoke about the situation in Egypt and the disappearance of red lines replaced gray zones. Rasha Al Ameer spoke of the disastrous situation in Lebanon but also expressed her resolute belief that her brother’s murder will not silence those in her country who want freedom and change.  IPA Secretary General, José Borghino, presented the spectrum of situations that IPA see within its membership, both in the Arab region and worldwide.

The day closed with Nobel laureate Maria Ressa making sure no-one was left in any doubt as to the urgency to resolve the interaction between free speech and technology platforms. Her presentation was followed by the most combative session of the two days with Ressa sitting alongside former Danish Prime Minister, Helge Thorning-Schmidt. Thorgen Schmidt now sits on the Meta Oversight board and pushed back on Resa’s assertions that the oversight board is a deflection and not tackling the fundamental problems at the core of Facebook’s business model.

It was a fitting end to a fascinating two days and suggests WEXFO can establish itself as the place for the critical discussions we need.

The International Publishers Association is a WEXFO shareholder.