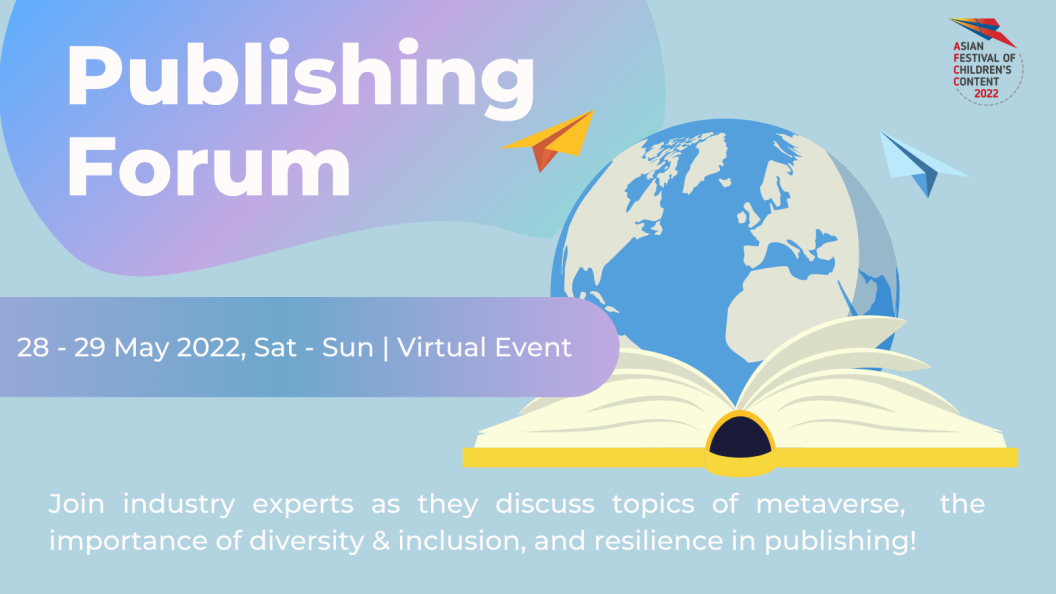 IPA’s Secretary General moderated a panel on the ‘Metaverse’ and the future of publishing at a festival in Singapore.

On 29 May, as part of Singapore’s 13th Asian Festival of Children’s Content, IPA Secretary General José Borghino moderated a virtual panel entitled ‘The Metaverse: Exploring the Future of Book’. Acknowledging the accelerated shift to virtual, online and especially digital spheres as a direct result of the COVID-19 pandemic, the panel explored the ways that publishers are innovating and experimenting with new technologies.

Borghino put this into perspective by pointing out that many publishers in less-developed countries are still wary of going digital because of the threat of rampant piracy. He encouraged everyone to leaven their natural excitement about the new technologies with some realistic prudence by reminding them of the current crash of the cryptocurrency market, as well as the eerily similar ‘tulipmania’ bubble of 17th Century Netherlands, and William Gibson’s famous quote: the future is already here, it’s just not evenly distributed yet.

Christine Chong, publisher at Tusitala Books and a member of the Executive Committee of the IPA member the Singapore Book Publishers Association, warned that we should not be drawn into new technology for its own sake. She stressed the potential for enhanced and broadened communal experiences. Speaking about the current inflated expectations about new technologies, she looked forward to a steady increase in the quality of Virtual Reality and other publishing-related experiences as the necessary hardware became more mainstream.

Eric Bartoletti from Bookwire in Frankfurt, spoke about ‘blockchain-powered next level digital publishing’. Focusing on the opportunities afforded for publishing by the blockchain technology at the heart of Non-Fungible Tokens (NFTs), Eric explained how some NFTs had value mostly for collectors, while others were more like utilities and delivered ‘community value’. He redefined the topic of the panel by admitting that ‘Literature is the true metaverse’.

Jo Lusby, the former CEO of Random House North Asia and co-founder of the management and strategy agency Pixie B, spoke from Hong Kong about the impact of the ‘Metaverse’ on the enormous Chinese market. She explained that even though the Chinese authorities were mistrustful of the new market in NFTs, mainly because they saw it as potentially uncontrollable, there were still many consumers in China willing to invest. Lusby floated the compelling idea that NFTs could be very useful in the fight against piracy.