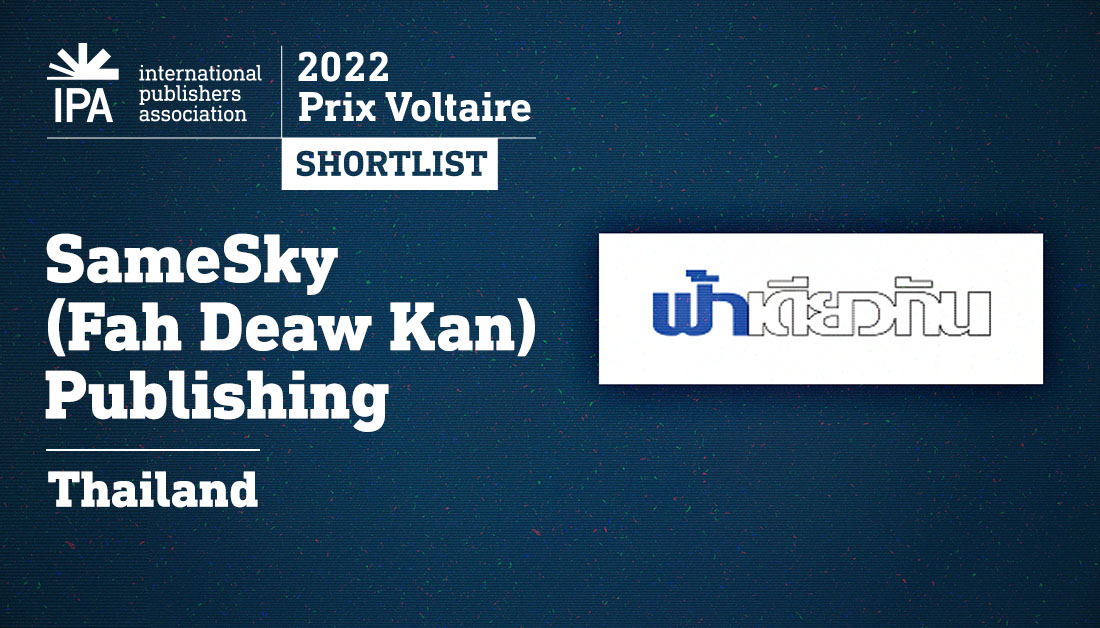 Mr. Thanapol Eawsakul, the editor-in-chief of Same Sky Books (Fah Diew Kan) was arrested on 30th June 2022. The Prix Voltaire shortlisted publisher was subsequently released on bail but IPA remains concerned about the future of the serially harassed publisher and his prospects for a fair and open trial.

Kristenn Einarsson, Chair of the IPA’s Freedom to Publish Committee said: This latest arrest of Thanapol Eawsakul is particularly concerning. His commitment to the freedom to publish has brought constant harassment from the Thai authorities for many years. This harassment has to stop.

According to a report from the Thai Enquirer, Thai Lawyers for Human Rights (TLHR) said the charges (of violating the Computer Crimes Act and sharing classified information that could affect national security) are related to a post Thanapol made on his personal Facebook page, in which he speculated that Special Branch police might be investigating diplomat Russ Jalichandra, former Thai ambassador to Mozambique and Kazakhstan and owner of the Facebook page “The Alternative Ambassador.”

The inquiry officer originally set his security at 100,000 baht (approx. 2,800 USD), but Member of Parliament (MP) Rangsiman Rome (Move Forward Party) used his position as MP to post bail for Thanapol. Thanapol now has to report to the police every 15 days.

The publishing house had already been raided in January 2022 with police reportedly seizing Thanapol’s computer and mobile phone while looking for the book Sathaban Phra Maha Kasat and Sangkhom Thai (Monarchy Insitution and Thai Society). The book was deemed to be a threat to national security but is not published by Same Sky.