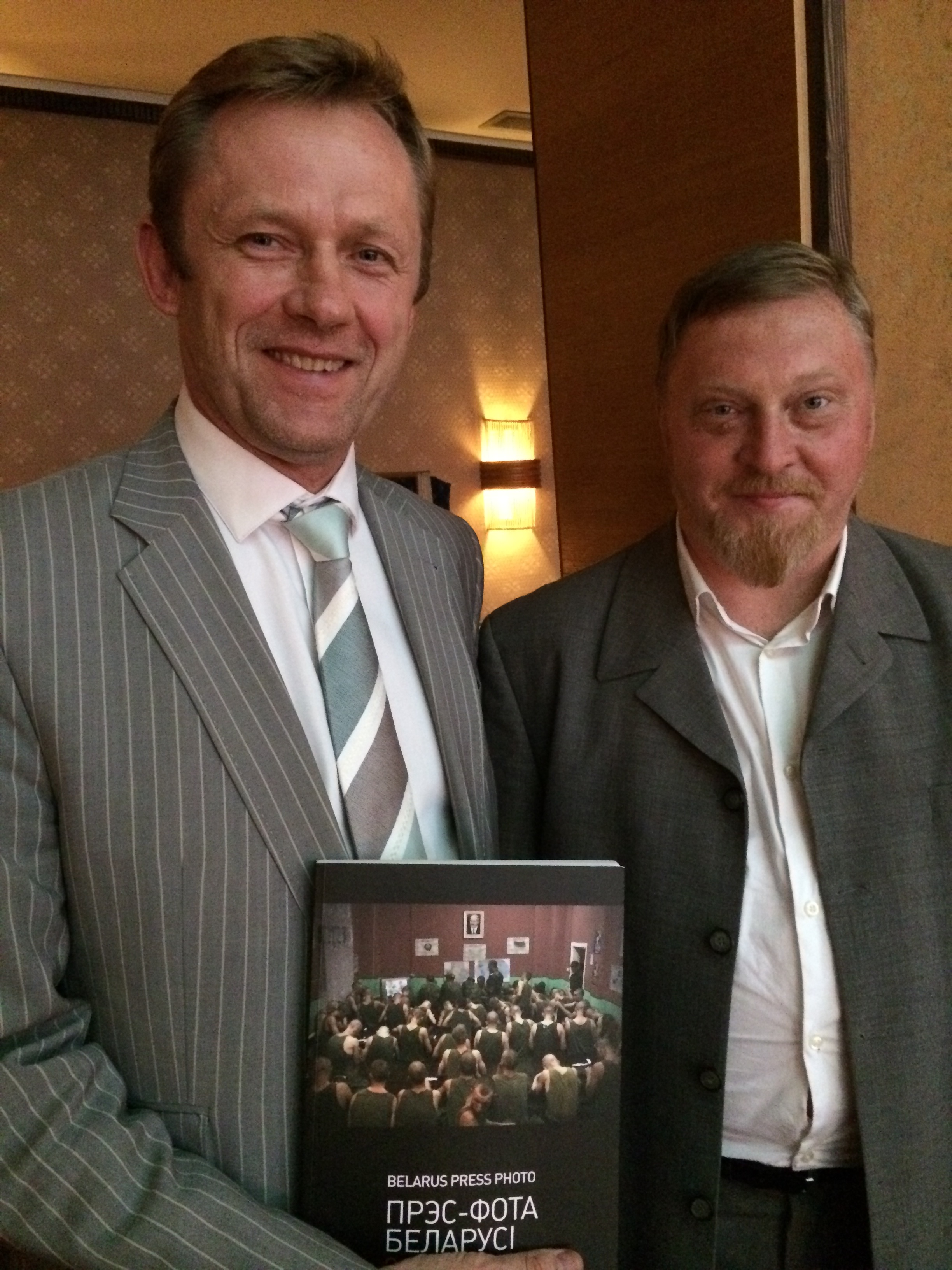 Ihar Lohvinau, the Belarusian publisher who won the IPA 2014 Freedom to Publish Prize has been honoured at a special ceremony in Vilnius, organised by the Federation of European Publishers (FEP).

Šarūnas Birutis, Lithuanian Minister of Culture and Richard Charkin, Vice-President of the IPA congratulated Mr Lohvinau on his achievement and praised his determination to continue publishing despite having had his licence withdrawn by the Belarusian authorities.

In the picture, Minister Birutis holds a copy of Lohvinau Press' 2011 title “Belarus Press Photo 2011”. It includes an image of a protestor who has been assaulted by police, which led Belarus' Ministry of Information to accuse the publishing house of “extremism”.

Richard Charkin commented that "having lost his licence to publish in his home country, Ihar Lohvinau is now compelled to publish in exile, here in Lithuania. His story shows how publishers are at the front line in the defence of universal human rights.