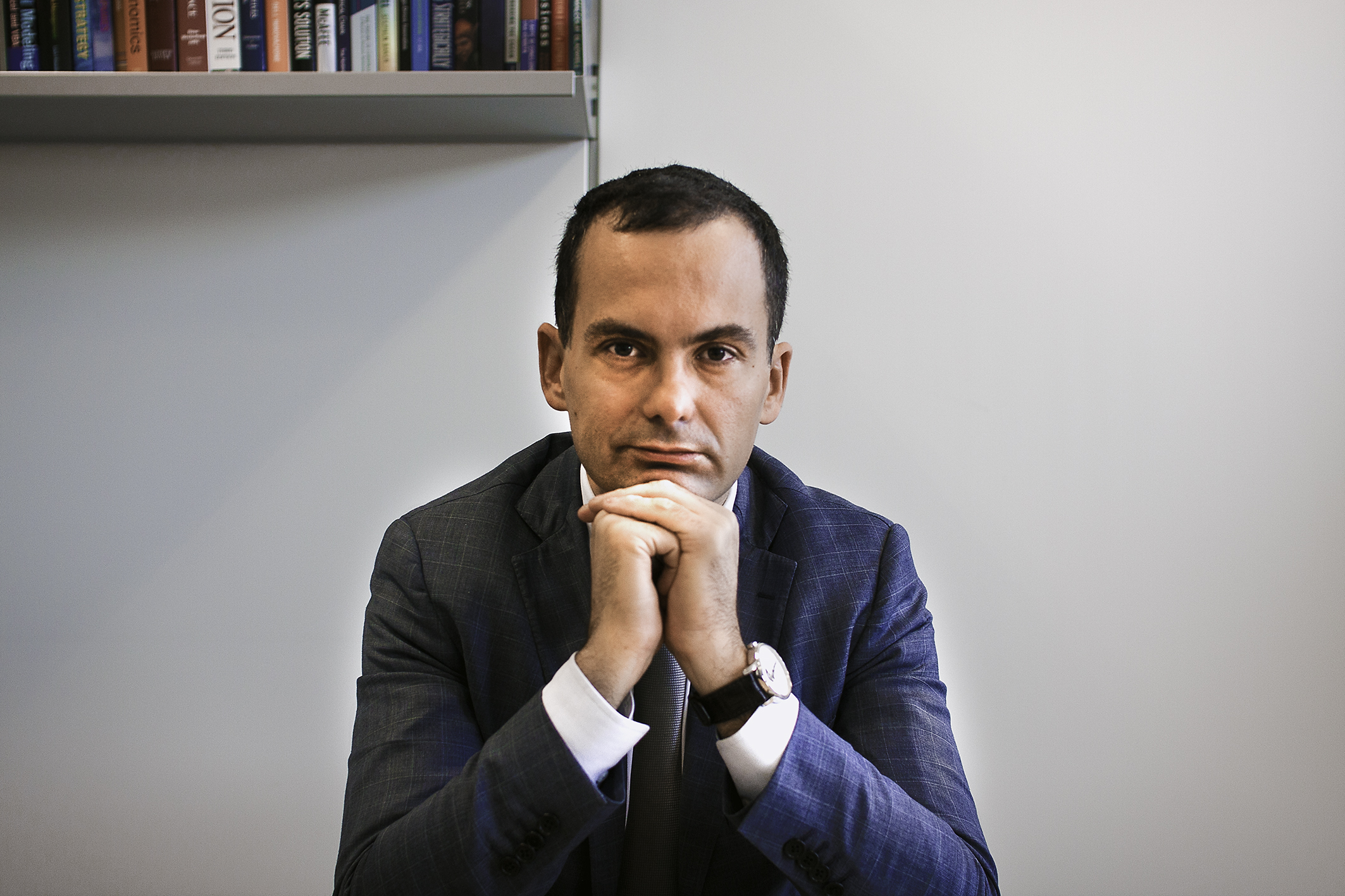 The digital economy: what happens next?

With smartphone penetration rates soaring, what can publishers do to kickstart mobile commerce for books? It's one of the questions we asked digital expert Marcello Vena, who also assessed the retail landscape, the prospects for e-readers and the Long Tail theory's application to books.

How do you see the digital book market changing in 2015?

Marcello Vena: Consolidation and international expansion will be two key drivers of change. Penguin Random House, after its post-merger consolidation, should be able to gather some significant synergies and pursue a tighter integration. HarperCollins now has direct access to many non-English speaking countries thanks to the acquisition of Harlequin. With the US and UK markets maturing, international markets will constitute an important source of digital growth.

Each national book market is unique. They will face local challenges and undergo very specific developments, Tolino's success in Germany being just one example. Mondadori's latest bid to take over RCS Mediagroup's book business is another example, of potential consolidation at local level.

Given that smartphone penetration is now at 65% in Europe's 5 leading economies, what are the prospects for m-commerce for books? How can publishers encourage and take advantage of it?

Smartphone penetration will certainly create m-commerce opportunities. There is little doubt. Overall, taking into account all goods and services (not just books) m-commerce is expected to grow wildly and to constitute the majority of eCommerce. The Boston Consulting Group recently estimated 60% of global e-sales will be mobile by 2017. But for books this will hardly be the case in such a short time.

Even the most successful book retailer, Amazon, offers a very limited m-browsing experience on smartphones. Look at the m-homepages of 4 leading ebook stores as displayed on the latest iPhone 6 devices, below. It's appalling.

This is "m-commerce" for books today. The fundamental idea of having a homepage as a starting point to enter a bookstore in a mobile environment is one that should be heavily questioned, as the screen size shrinks and people's attention time becomes scarcer and scarcer. One-click payment and delivery works fine if you know what you are looking for, but m-commerce should be much more than just m-payment and m-delivery. Both e and m commerce of books have a long way to go yet.

Smartphones are used much more for gaming, entertainment and for keeping in touch with others through social and private media than to surf the web. 86% of time is spent on Apps and 14% on mobile browsing. As publishers, you should be where your audience is, engaging them there. So far publishers have put too little emphasis on mobile social media. The task should be understood both in terms of strategy and execution, with the adequate resources, talents, competences, assets, methods and control.

Mobile social media can be a great opportunity to acquire sizeable direct relationships with readers and influencers and to counterbalance the power of downstream e-retail frenemies. 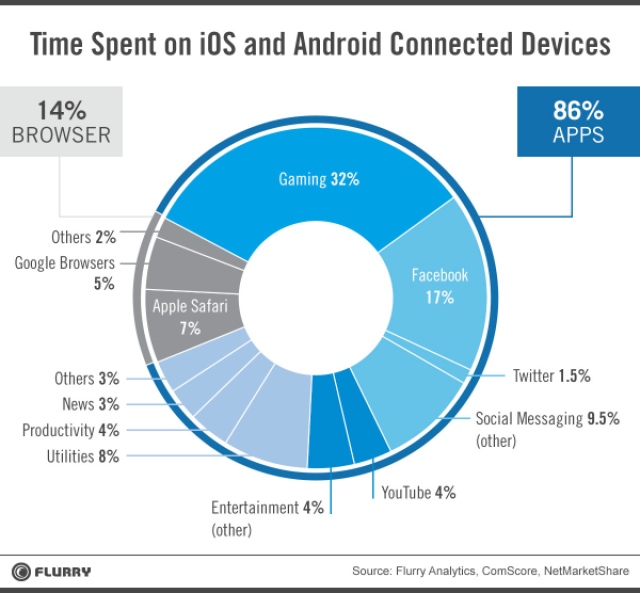 Is there a future for e-readers, given the rise of smartphones?

The e-book business has great growth potential; the eInk reader business doesn't. E-reader penetration has already peaked in US households. Those who appreciate e-Ink readers will keep using them and maybe replace them with new ones, but those who haven't switched to e-readers yet, hardly will. Why should they when they have smartphones, tablets and phablets, not to mention notebooks and pcs?

It's no coincidence that Kindle or Kobo are now focusing on new high-end devices (Kindle Voyage, Kobo Aura H2O): they are targeting their own customer base (up-selling and replacing), not new customers.

Of course in Europe (outside the UK) the penetration of eInk readers is low, so theoretically there is still plenty of space to lure keen readers into e-reading. But the question is, do they really want a separate e-ink reading device when they already have sophisticated smartphones, tablets, phablets? Bear in mind that the core eInk technology hasn't changed since 2007, there hasn't been any radical innovation, just incremental improvements.

How many print books could you buy for the cost of an e-reader, or how many e-books for your tablets? Perhaps 5-7 years of reading for occasional readers.

And If I can afford a new tech gadget, I'd rather buy an Apple Watch than a Kindle Voyage. Consumers' spending power is limited and tablets/large-screen smartphones are generally fine for reading e-books. It might be a long goodbye for eInk readers, as addicts will keep using them, but the best opportunities for growth lie in the past. It's over, forget it. Innovation moves on, new technologies are taking over.

The Long Tail theory holds that in the internet economy, businesses should focus on selling small volumes of many items rather than large volumes of best-selling goods. You've described the Long Tail as "a myth" as it applies to digital trade books – why?

We live in an economy where time and attention are our scarcest resources. The Internet may have solved the challenge of book availability (at least in digital form) but it hasn't increased the time and attention readers have to discover, buy and consume books. Moreover, given low barriers to entry in content production and the fact that digital books never disappear from the market, supply is growing much quicker than demand. Sooner or later, it exceeds demand. This has already happened in the music business. Harvard Prof. Anita Elberse pointed out two years ago that 1.1% of digital tracks produce 86% of all volume sales in the USA.

As the e-book retail market concentrates in the hands of a few megaplayers, the diversity of the retail space collapses. A megastore might be more effective at selling more copies overall (generating more revenue) but it won't enable a broader selection of successful titles. With market concentration, fewer and fewer titles will get prime visibility/promotion in digital stores. The higher the number of independent stores, the higher the chances for more titles to be promoted to potential readers. The bio-diversity of retailers contributes to the bio-diversity of successful titles.

We can demonstrate this through statistics. The standard deviation (σ_market) of the combination of N normally distributed independent stochastic processes (think of N independent bookstores selling their books) grows as the number N grows. Not with a linear relation though, but rather with the square root:

The Internet gave birth to the Long Tail Myth, and the Internet killed it as well. This is what stochastic science, unlocked by the growing massive concentration of the retail market, predicts. Monopolies (and to a lesser extent oligopolies) tend to kill the bibliodiversity of successful titles, at the very least.

NB: You can learn more about this topic by attending Marcello's free seminar Dispelling the myth of the Long Tail in the Economy of Digital Books at the London Book Fair, on Thursday April 16th.

Revisiting the Long Tail Theory as Applied to Ebooks

New data on the Long Tail impact suggests a rethink

Telling ‘Tails’ In Gothenburg: Who Has Time For Publishing’s Long One?

Ebooks And The Long Tail: It's Still All About Blockbusters