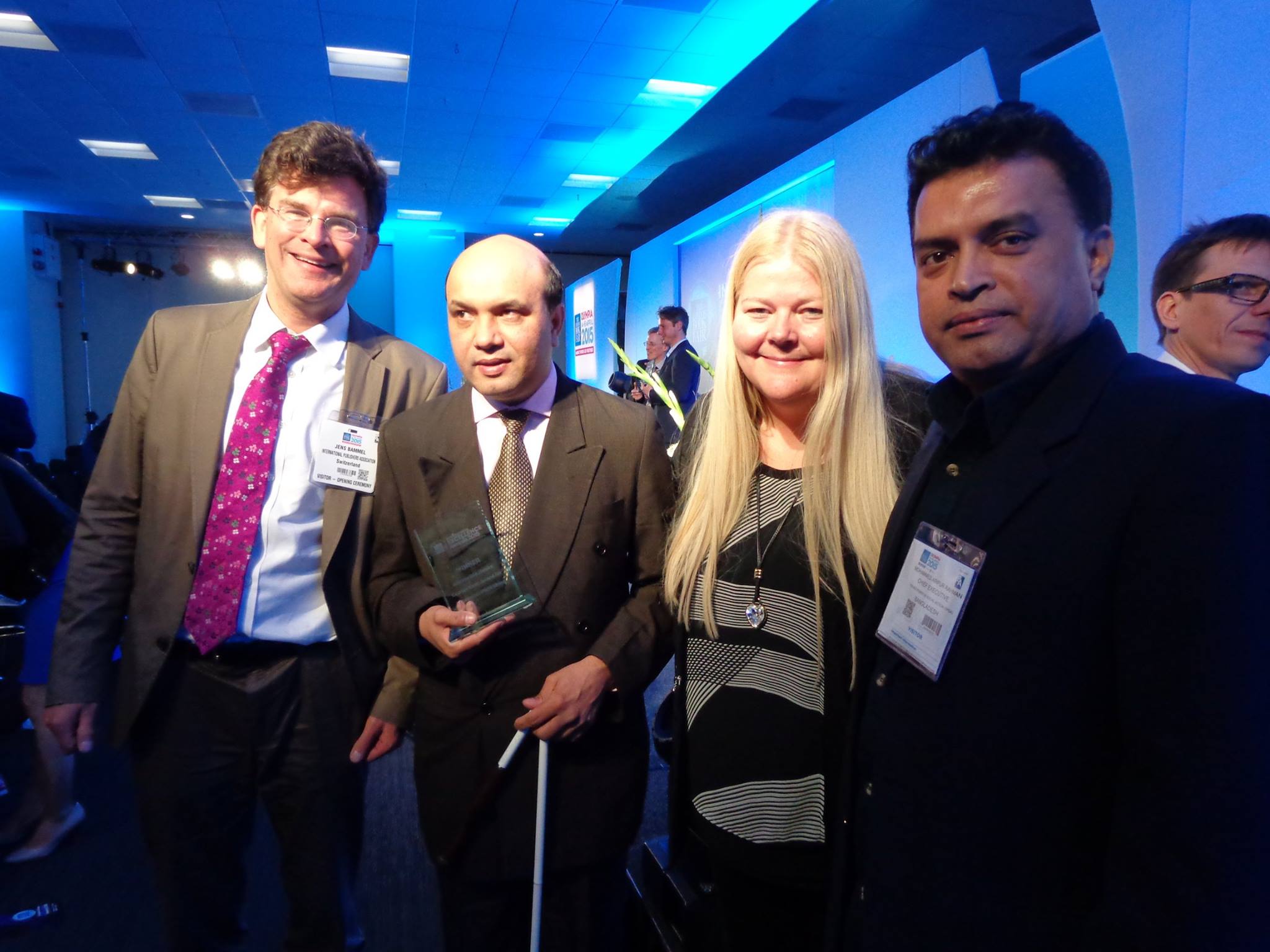 ABC: Boosting access to books for the visually impaired

The Accessible Books Consortium (ABC) aims to increase the number of books worldwide in accessible formats. Read all about it, and how publishers can get involved.

The ABC is a multi-stakeholder partnership, housed at WIPO in Geneva, which aims to boost the accessibility of books to people who are blind, have low vision or are otherwise print disabled. IPA is one of ABC's key partners and we are keen for you to know more about this important initiative.

In November 2008, WIPO's member states began discussing exemptions to international copyright law with a view to boosting the global availability of works in accessible formats. These negotiations resulted in the adoption of the Marrakesh VIP Treaty in June 2013. In parallel, WIPO invited key stakeholders to work on a number of practical pilot projects. In May 2014, the stakeholders recommended creating a permanent structure, the Accessible Books Consortium, which launched in June 2014. Its board includes people with print disabilities, organizations that serve them such as libraries for the blind, and organizations which represent publishers and authors.

The ABC has 3 key strands of activity:

The ABC facilitates the international exchange of accessible books in the collections of libraries for the blind. Publishers have granted WIPO the rights to do this, and enabled WIPO to build an international database and book exchange

Over 16,000 loans of TIGAR titles were made to print disabled people by participating libraries by the end of 2014, and over 2000 titles were downloaded by libraries. This saves a great deal of international duplication of effort, and approximately $5 million if we calculate $2000 in book production costs by libraries for the blind per title.

IPA would like to invite all publishers to participate in TIGAR, and thank those that have already agreed to do so: Hachette Livre, Macmillan US, HarperCollins, Elsevier , SAGE,, Cambridge University Press, Hachette Book Group US, Harvard University Press, Cengage Learning and Prometheus Books. All are welcome!

The ABC works to provide training in accessible book production for organizations in developing countries. This includes NGOs, education providers, libraries, and publishers too. As a result of these initiatives:

Bangladesh: 115 text books have been produced.

Nepal: 31 humanly narrated books have been produced, and local NGO Action on Disability Rights and Development (ADRAD) has received training on the production of text-only accessible books which should speed up book production in upcoming months.

Sri Lanka: 635 books have been produced. The DAISY Lanka Foundation requests that Sri Lankan publishers grant them the use of the electronic files of their books, which can then be easily converted into accessible formats. This is an extremely time and resource efficient way of carrying out the work.

India: 41 books have been completed, 95 are in the process of being produced.

Imagine the lifeline this is for people with print disabilities in countries where they have had access to very very few books in the past!

If all new books were published in such a way as to be usable from the start by people with print disabilities, many lives would be radically transformed. ABC actively promotes "born accessible" publishing by encouraging publishers to sign its Charter for Accessible Publishing, committing them to build accessibility into their business.

Cambridge University Press and Bangladesh's Young People in Social Action are the joint winners of the inaugural Accessible Books Consortium Award for Accessible Publishing, presented on April 14th 2015 in London. The awards recognise outstanding achievement in advancing accessibility. CUP was honoured for having entirely redesigned its production workflows to make new titles as accessible as possible for readers with print disabilities, while YPSA, an NGO based in Chittagong, has produced over 600 books in accessible formats, transforming the lives of print disabled students. You can read more about the winners here. 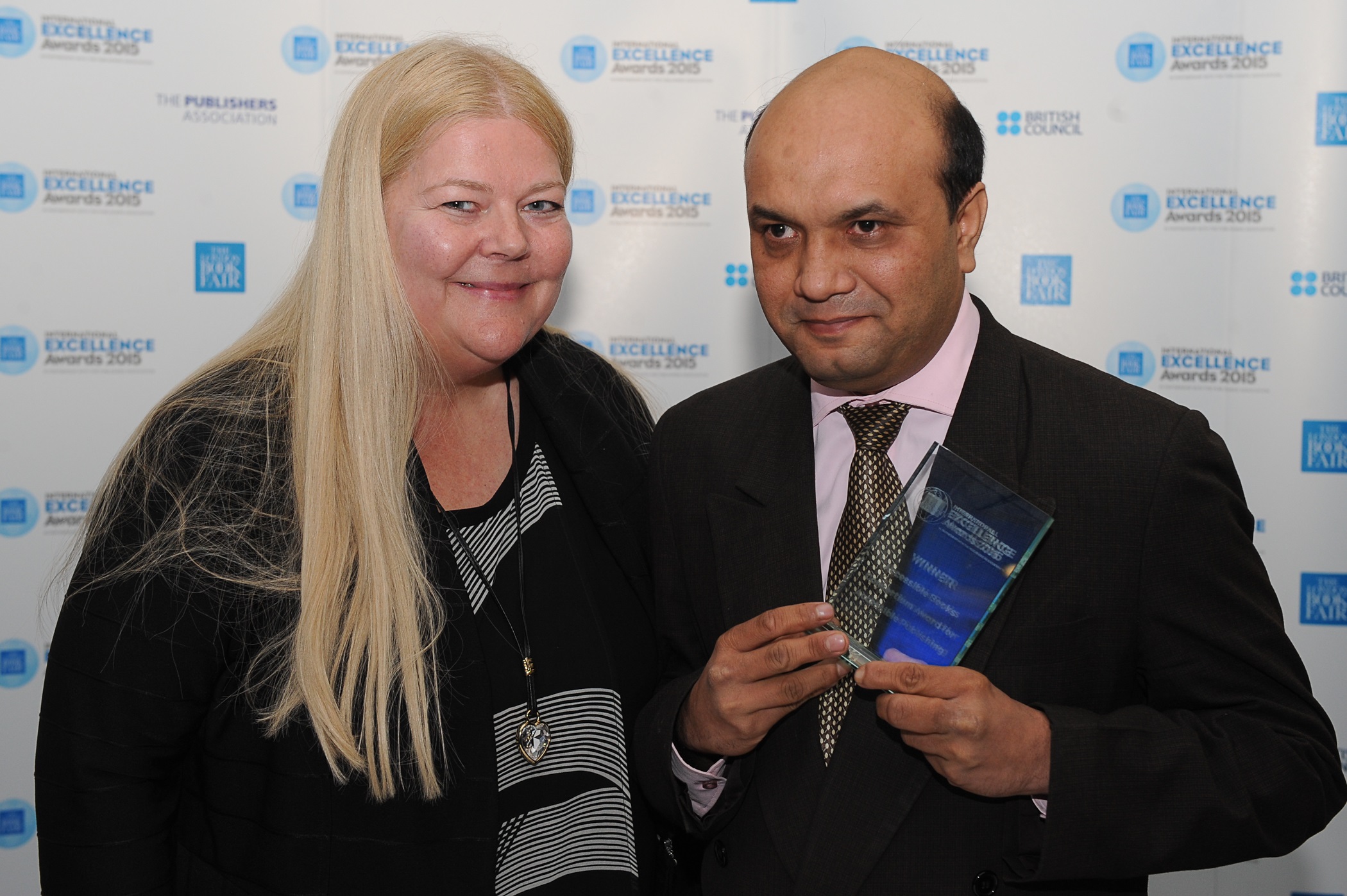 How can you get involved with ABC?

There are many ways for the publishing community to play a part in ABC's development.

Firstly, if your firm hasn't already signed the ABC Charter for Accessible Publishing, encourage them to do so.

Secondly, by participating in the TIGAR Service.