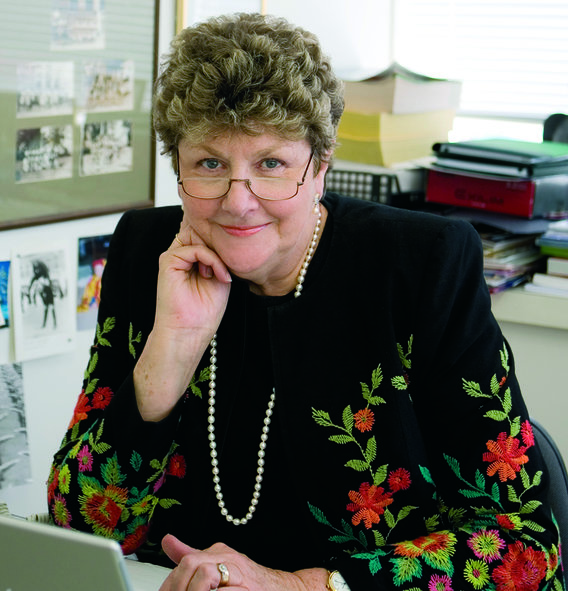 Did you say ‘Video or animation will never play on the internet’?

In 1893 New Zealand was the first country in the world to give women the right to vote and it still ranks among best countries for working women. Dame Wendy Pye was the first woman inducted into the New Zealand Buisness Hall of Fame in 2004 for outstanding business achievement, and for many years she’s been appearing in the top 10 of the National Business Review's rich-list. She was made a Dame Companion of the New Zealand Order of Merit, for services to business and education, and this year she was named an ‘Icon for Women’ by the New Zealand Government.

She is a regular member of the IPA’s Educational Publishers Forum (EPF) and she’s on the Steering Committee of the newly formed Asia-Pacific EPF. IPA asked Dame Wendy Pye to talk about some of the challenges she faced developing her business.

Dame Wendy Pye: There were plenty of challenges early in my career. It was very difficult establishing a global export market as a woman on her own, and doing it from New Zealand is not easy at any time for anybody. You often have to work at midnight to catch people in the Northern Hemisphere. People didn’t understand what it is like to have to travel 26 hours for face to face meetings and rarely made any accommodation to take time zones into account — despite selling a vast number of titles.

There are still issues as a woman travelling in some countries where men are still the ‘normal people’ that everyone deals with. For example, when I’d book into a hotel in India with one of my male staff, the hotel people would almost always direct their attention to my male colleague, even though he was there almost to carry my bags!

Things have changed a little over the past 30 years but many countries still see women as not the decision makers. It’s slightly easier in the world of educational publishing as there are many women in leadership roles in this area. Even though New Zealand has set some good examples and after a big burst of success, we have now moved a little backwards. I intend to make sure that being chosen as an ‘Icon for Women’ in New Zealand benefits all women here. We have a long way to go — not many women are involved in making powerful decisions and men are still the majority in parliament. But unlike in Australia and some other countries, all clubs and organizations are open to women here, which is a step in the right direction.

I recently stayed, as a reciprocal member from New Zealand, in one of the leading business clubs in Melbourne, Australia. On arrival I was told clearly that there were parts of the club — including the swimming pool — that were only available to men. This is very old fashioned, but no longer exists in New Zealand, so that at least is progress.

Born in Australia, Dame Wendy Pye’s entire professional career has taken place in New Zealand. After 22 years as a publisher at New Zealand News, she was dismissed in 1985 and founded Sunshine Books, a publishing company specializing in early learning materials for literacy and maths. The company was a pioneer in using technology to teach English and grew internationally over the past three decades so that about 80% of its revenue currently comes from abroad.

Wendy has sold over 508 million copies of the Sunshine Book series, in many language editions, but her favourite markets where she has made a huge difference are the United States, Africa and China. She introduced to the USA the first 8- and 16-page readers and, with her team, developed the training model for not only Balanced Literacy, but also Big Books. Other markets included the introduction of a very successful range of titles for African languages and working with a team of people to change reading resources in Black and Coloured townships in South Africa and other African countries. When she sold the US rights, instead of just retiring and sailing off into the ocean, she developed a Foundation that supports literacy for children which has helped many children in New Zealand and now overseas. She also began to pioneer and explore the digital world, producing digital content when the internet was in its early stages, her favourite comment being that when she presented a full reading programme available on the Internet to British Telecom they said, ‘What are you doing? Video or animation will never play on the internet.’

Today Wendy is proud that her company is a leader in the field of digital content and that many millions of children learn to read using her products. This includes pioneering content for the China mass market through her partners Penguin China and Time Warner. Wendy is constantly looking at the next innovation as she believes that the only way out of poverty in many countries is through literacy.

She was the first woman inducted into the New Zealand Business Hall of Fame in 2004 for outstanding business achievement, and for many years appearing in the top 10 of the National Business Review's rich-list. She was awarded the MBE for International Services to Literacy Publishing, the Export Honorary Award by New Zealand Trade & Enterprise in 2007, the International Alliance for Women’s World of Difference Award for Educational Achievement She was made a Dame Companion of the New Zealand Order of Merit, for services to business and education. In 2014 she won the Business Entrepreneur category of the Westpac New Zealand Women of Influence Awards and this year she was named an ‘Icon for Women’ by the New Zealand Government.