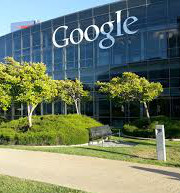 Google’s making of a digital copy to provide a search function is a ‘transformative use’ of the content, Judge Leval said

Judge Leval, sitting in the US Court of Appeal for the 2nd Circuit, on 16 October delivered his long-awaited opinion in the matter of the (American) Authors’ Guild Inc. and others vs Google Inc. The Court rejected each of the claims of the Authors’ Guild and other appellants (collectively, the ‘Plaintiffs’) about why the district court’s ruling (by Chin J.) was flawed.


The Court found that Google’s making of a digital copy to provide a search function is a ‘transformative use’ (one and perhaps now the dominant factor in the four-factor fair use analysis). It is this part of Leval J’s judgment that will require careful analysis by the parties and affected stakeholders.

The Court was persuaded that the digitisation and limited search function augments public knowledge by making available information about the Plaintiffs’ books without providing the public with a substantial substitute for matter protected by the Plaintiffs’ copyright interests in the original works or derivatives of them.

The same was held to be true, at least under present conditions, of Google’s provision of the snippet function. Plaintiffs’ contention that Google has usurped their opportunity to access paid and unpaid licensing markets for substantially the same functions that Google provides failed, in part because the licensing markets -- the Court found -- in fact involve very different functions than those that Google provides, and in part because an author’s derivative rights do not include an exclusive right to supply information (of the sort provided by Google) about her works.

Google’s profit motivation does not in these circumstances justify denial of fair use, in the Court’s view. In the record before the Court, Google’s program does thus not amount to an unreasonable risk of loss of copyright value through incursions of hackers.

Finally, Google’s provision of digital copies to participating libraries, authorizing them to make non-infringing uses, was found also non-infringing, and the mere (termed ‘speculative’) possibility that the libraries might allow use of their copies in an infringing manner does not make Google a contributory infringer. Plaintiffs have failed to show a material issue of fact in dispute in this regard.

IPA (without AAP), IFRRO, STM and former US Register of Copyright submitted an amicus brief in favour of the Plaintiffs. The amicus brief highlighted the merits of the approach prevailing in Europe, namely making pre-internet works without a steward (orphan works) and out-of-commerce works accessible through a mix of legislative intervention and collective licensing rather than through law-making in the courts through exceptions and limitations.

Leval J’s judgment is bound to create media attention and reverberations across the globe, not least at a time when fair use is being considered as a quick fix by many law-makers. IPA members and publishers associations generally should ready themselves for this debate by studying the judgment.

A copy of the opinion is available here.