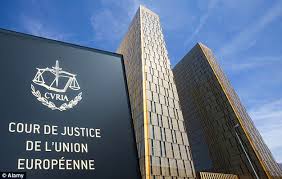 The HP Judgement: The International Implications of Reading Literally

According to the European Court of Justice (CJEU), as part of a ruling on Belgian statutory levies published on 12 November 2015 ‘publishers are not reproduction rightsholders’ under a literal reading of Art. 2 of the EU Copyright Directive (2001/29). Therefore, the CJEU found that ‘publishers do suffer no harm’ as a result of the private copy and photocopy exceptions in that directive.


The Court goes on to hold that the harm defined in the Directive can necessarily only be harm suffered by rightsholders as narrowly defined in the Directive and, because publishers are not rightsholders, so-defined, then the substantial economic harm suffered in the real world by the publishing sector as a result of private copying and photocopying, is not remunerable. It literally does not exist after this ruling.

Well-established practices within Collective Management Organisations (CMO) for balancing the rights and interests of copyright holders and private copy users by means of collective ‘fair compensation’ or ‘equitable remuneration’ schemes are now seriously jeopardised. The CJEU disappointingly chose to answer literally and at face value what can only be described as a leading question referred to it by a Belgian Court of Appeal.

The longstanding practice (sometimes 40 or 50 years) of joint collective management of rights in the literary sector — CMO’s collecting levy payments and splitting them between authors and their publishers — has thus now been put in doubt by the EU’s highest court, at least in Belgium and other ‘levy countries’ like (including Germany, Greece, Poland and Spain) within the EU.

The CJEU ruling has precipitated an immediate need for clarification of EU law on the ability of Member States to provide fair compensation or equitable remuneration to publishers who, common sense dictates, most certainly suffer tremendous economic harm in the real world as a result of national implementation of the EU Copyright Directive’s private copy and reprography exceptions. Our colleagues from FEP are currently examining with the European Commission, the options to address this issue. FEP will discuss the issue at its General Assembly this Thursday 26 November in Strasbourg.

There are also implications beyond the ‘levy countries’ and even beyond European shores. For example most CMOs have reciprocal deals with CMOs in other countries to exchange compensation payments to authors and publishers with books in several markets/jurisdictions. Those payments are now in jeopardy.

The IPA will keep a watching brief on this situation and can answer members’ questions about the international implications. In the meantime, please read the responses from Reprobel and IFRRO.

The decision can be found here.