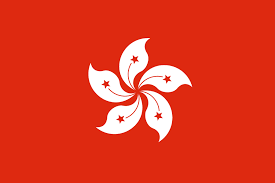 Gui Haiming, the Swedish owner of the publisher Sage Communications and Hong Kong bookshop Mighty Current, along with general manager Lu Bo, store manager Lin Rongji, and staff member Zhang Zhiping were all reported missing in October 2015. Rumours abounded at the time that they may have been detained by Chinese authorities.Then at the end of December, Lee Bo, a British passport holder who is also connected with Haiming, vanished as well, fuelling concerns about a concerted campaign by the Chinese government to quash free speech in the former British colony.

President of the IPA, Richard Charkin, said, ‘Our main concern, of course, has to be for the well-being of these individuals and we urge the Chinese authorities to assist in locating them and allowing for their safe return home. But these disappearances immediately raise dire questions about the Chinese government's commitment to freedom to publish.’

Speaking on behalf of the Swedish Publishers Association, Ola Wallin, the Chair of the IPA's Freedom to Publish Committee, said, ‘It is high time for the Chinese authorities to speak out about the Hong Kong publishers: are they in Chinese custody or not? We demand an immediate answer.'

Richard Mollet, Chief Executive of the Publishers Association of the UK, said, 'The Chinese authorities need to come clean about what is happening with the British national and, indeed, all of the people involved. We support the British government's calls for their Chinese counterparts, both in Hong Kong and the mainland, to provide this information.'