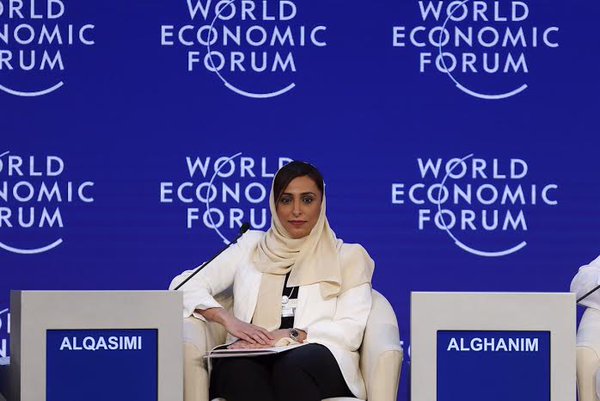 from The Bookseller by Sheikha Bodour Al Qasimi

I have always believed in the positive impact that dialogue has on narrowing divides and bringing about sustainable change, and it is for this reason that the Emirates Publishers Association (EPA) sought full membership in the International Publishers Association (IPA) soon after its creation. Early on, we understood the significant value that the IPA can provide us with in lobbying for freedom of expression, freedom to publish, supporting our efforts in lobbying for effective copyright laws and enhanced enforcement, and ensuring our industry complies with international publishing standards, agreements, and protocols. Furthermore, we saw value in interacting with other member associations and publishers from around the world as a way to enhance the performance and build the capacity of publishers in the United Arab Emirates.

As the founder and patron of the EPA, I have witnessed the positive effect IPA membership has brought to our industry in the UAE. Upon joining the IPA as an affiliate member, we conducted a comprehensive study on the status of the industry in an effort to highlight the significance of our market to international publishers and identify the challenges we face. This has allowed us to systematically deal with the challenges by dedicating internal resources to solving them and seek the help of the IPA and sister organizations such as the International Federation of Reproduction Rights Organizations (IFFRO) and the Copyrights Clearing Center (CCC) whenever we needed external support.

Since becoming a full member of the IPA, we were able to harness the increased interaction with fellow publishers and publishing associations from around the world in devising a vision for the future of the industry that is influenced by international best practices. We also developed a detailed implementation plan that draws on the support of partners such as civil society institutions, the private sector, and government agencies in the UAE as well as the IPA, member associations, and international publishers. Some of the initiatives highlighted in the plan are already underway, with the establishment of a Reproduction Rights Organization taking the lead in our near term priorities.

Additionally, through our government relations work and IPA-supported events like APAC, we have raised the issue of cultivating a culture of reading. This led to the UAE government announcing 2016 as the Year of Reading.

Over the past few years, we actively engaged with decision makers publicly and privately around key issues such as the freedom to publish. This past November, we held a panel discussion entitled “Freedom of Expression = Freedom to Publish” as part of the Third Arab Publishers Conference, which was hosted by the EPA and included a senior UAE government official, a prominent Arab publisher, a prominent Arab author, and Ola Vallin, the c.e.o. and chair of the IPA’s Freedom to Publish Committee. The panel openly discussed the limitations on these key freedoms in the UAE, and the wider Arab world, and affirmed the positive impact that freedom to publish has on fostering development and democracy, while rejecting the premise that freedom to publish undermines national security. The panel also affirmed that freedom to publish is a basic human right that includes the right to obtain information and broadcasting it freely without any government intervention. Such affirmations clearly demonstrate a fundamental shift in regional discourse and lays the foundations for active engagement between publishers, authors, civil society institutions, and government organizations in the future.

We have also made considerable progress in our government engagement on the need for stronger enforcement of intellectual property rights. We continuously work with international publishers to highlight copyright infractions to the government of the UAE, which has acted on our calls for action whenever we raised alarm on particular infractions. With the assistance of IPA officials, we have also made a strong case to the government of the UAE to reduce pricing of ISBNs.

The EPA has achieved remarkable success in the past few years in a variety of areas, none of which could have been possible without the active support of the IPA, and the support of the international, regional and local stakeholders in the publishing industry. EPA has gained so much from IPA membership that we have actively encouraged associations in other Arab countries to join. Our encouragement partially contributed to Tunisia, Saudi Arabia and Jordan in joining the IPA. We think that these countries can similarly benefit from joining the IPA as the UAE has.

As a member of the Executive Committee of the IPA, I am a strong proponent of expanding the membership of the IPA to include publishing associations in the developing world. These associations, some of them fledgling, stand to benefit from the legal advice that IPA can offer in defending freedom of expression and freedom to publish and introducing or enhancing copyright laws to reflect international best practices. The technical support that IPA can provide in capacity development, expanding copyright enforcement efforts, promoting literacy and reading initiatives, and influencing the evolution of education publishing enhances the operational capacity of these associations.
The insights on best practices that the IPA and its member associations have amassed over the years enhances the ability of new members to lobby their governments for favorable laws that guarantee the freedom to publish, and further legitimizes their efforts to defend copyright laws. IPA membership also provides member associations with insights on best practices by facilitating engagement with international publishers, and ultimately increases their ability to attract new members and funding.

In the future, we can guarantee the true internationalization of the IPA by not only supporting existing members, but also assisting prospective member associations build their internal capacities to help usher them into our association. We must also share our collective learnings to help publishers create associations in countries that do not currently have any.

I believe that the IPA truly benefits from expanding its membership to countries with emerging publishing industries. It increases our ability to promote and defend freedom to publish in those countries by directly engaging with stakeholders, which may not be possible otherwise. New members enhance our reach and influence in promoting our efforts to combat piracy, and promote literacy and reading. Admitting new members also provides us with insights on frontier markets, which enhances the access of publishers from current member associations to countries they may not have had exposure to in the past.

Sheikha Bodour al Qasimi is the founder and c.e.o. of the Kalimat publishing group as well as the founder of the Emirates Publishers Association (EPA). The EPA is a non-profit organization established in February 2009 to serve and develop the UAE’s publishing industry. It joined the International Publishers Association (IPA) as an affiliate member in the first year after its inception and became a full member in October 2012.