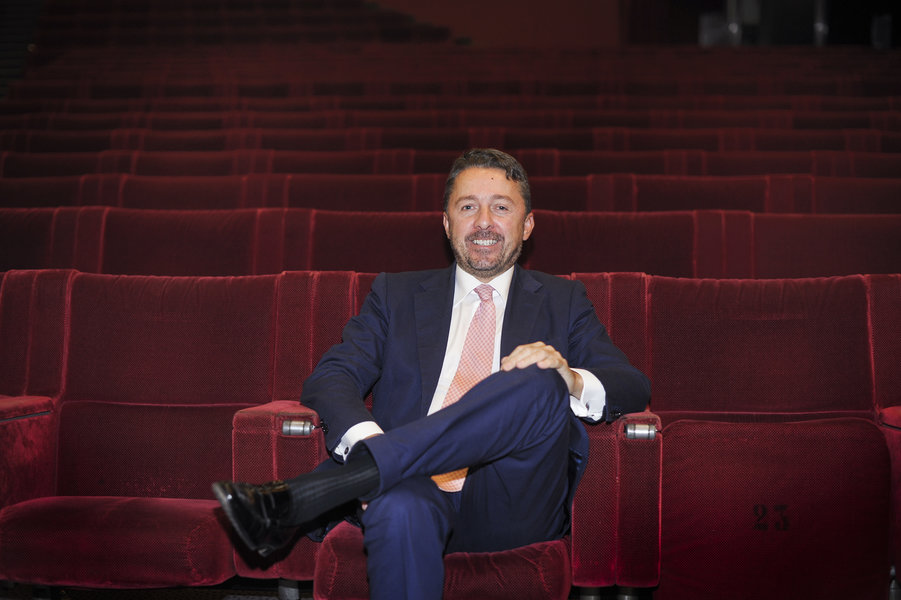 The cultural and educational ideals behind Bologna Children's Book Fair

Bologna Children’s Book Fair appears in the IPA survey on international book fairs as one of three most visited book fairs. We spoke to Mr Aldo Sansone, Sales & Marketing Director about the Fair’s past success and his plans for the future.

Q: What are the origins of the Bologna Children's Book Fair? Why children books in Bologna?

The Bologna Children’s Book Fair was established in April 1964. The idea was to create an event that would focus exclusively on children’s books and give them dignity and prestige.

From the very outset, the Bologna Children’s Book Fair became the meeting point for children’s book publishers from all over the world. Fifty two years ago, in the spring, the very first Children’s Book Fair was held in the rooms of Palazzo del Podestà in the medieval centre of Bologna, bringing to their austere vaults a new lustre and brightness. Today, the same brightness distinguishes the much more modern halls of the Bologna Exhibition Centre which every year is filled with growing numbers of publishers from every corner of the globe. A few figures will give a clear idea of just how much the Fair has grown: the 44 exhibitors who attended the Book Fair in 1964 grew to 1,200 publishers from over 70 countries, in 2015.

Why Bologna? Because in the 1960s Bologna represented a context historically attentive to the world of childhood.
The traditional springtime meeting in Bologna has today become a vital venue for the children’s book industry, a world in which the written word and image complement and interact with each other to convey a message that appeals not just to the mind but, above all, to the heart and imagination of children and young adults. Over the years the event has become the most important international event dedicated to the exchange of copyrighted books for children and young people; this stimulating combination of marketing and the cultural and educational ideals that lie behind book production involves not just great publishers, but all the professionals committed to literature as a social phenomenon of the greatest importance.

Q: Why is the Bologna Children's Book Fair so unique?

The Bologna Children's Book Fair is so special because it is the largest and most important international trade fair for children’s publishing. It is a professional trade show able to reconcile business with culture. The four days of the Fair offer a very dynamic and diverse programme of meetings, conferences and talks. All the various topics of the industry are addressed from different perspectives, from illustration to animation, from libraries to bookshops, from licensing to digitization; always looking to the future, the next edition will devote more space to the digital world and its vast potential.

The Illustrators Exhibition is a really special feature for the Fair, attracting thousands of illustrators from around the world, both young and established talents, to Bologna. It provides an overview of the latest trends in the world of illustration and it contributes to give the Fair an incredible boost in terms of energy and creativity. This initiative will celebrate its 50th anniversary in 2016 and we are planning to bring to Bologna some of the most significant figures of the illustration world. After the Fair the Illustration Exhibition travels to Japan and we are now working to extend the international tour to touch different countries, including China, where we have already identified six prestigious venues.

Besides, the strong commitment of the Bologna Children's Book Fair to promote reading has led to the creation of a vast program of events and initiatives dedicated to children and their families, taking place both at the Fair and in the city.

Q:  What are your aspirations for future development of the fair?

The importance of the fair is fully credited by children’s publishers. The work carried out in over fifty years of activity has led to many partnerships that have resulted in numerous successful projects, such as the International Prize for Illustration, given in conjunction with the Fundación SM, the announcement of the most important Awards in literature and illustration such as IBBY’s H.C. Andersen Award and the Astrid Lindgren Memorial Award, and numerous other international collaborations.

Our aspiration is to always create new connections with all areas of publishing, developing more and more areas that can provide tools and know-how to expand the market of exhibitors and professionals in the sector, and above all to facilitate professional networks. Our major effort lies in trying to offer the best possible platform for our exhibitors and visitors in terms of bringing professional updates, deliver new suggestions and, why not?, enjoying a bit of Italian charm.

Q: What are your tips for attendees to get the most of Bologna Children's Book Fair?

Organization is the key: it is very important to plan your meetings with publishers well in advance.

Nevertheless it is also important to keep some time to roam the halls to see the books: sometimes it is possible to discover unexpected gems… Then, check the programme for special guests and experts, devote some time to visit the Illustrators Exhibition and look up the winners of the Awards.

Last but not least, make reservations at restaurants: eating in Bologna is a wonderful experience – with its world renowned cuisine – but it is necessary to secure tables in advance!

The second edition of the complete report on international book fairs will be published very soon.