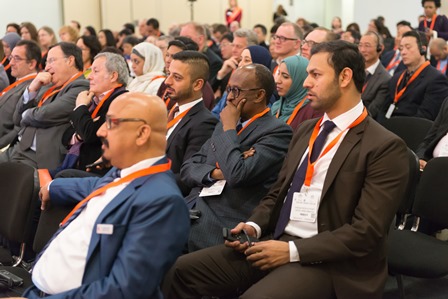 Highlights of the 31st International Publishers Congress 2016, in London

The 31st International Publishers Congress, 9 -12 April, 2016, gathered more than 220 delegates from 41 countries in London's majestic Olympia Conference Centre. This was the second time the Congress had taken place in the UK capital, but the first time it had run parallel to The London Book Fair.

Publishing Now: Creativity, Commerce
Sunday 10 April was a day of debate about the big issues facing publishers, such as the changing global copyright landscape, challenges and opportunities of digital and the deteriorating state of freedom to publish in many parts of the world.

See a gallery of photos here

In this video, a number of global publishing stakeholders give their take on the priorities and challenges of the modern publishing industry:

Presentations and speeches from the Congress can be viewed here:

Digital Revolution in Book Publishing: the best is yet to come
Keynote by Arnaud Nourry, CEO Hachette Livre

From Global trends in copyright: fair use and beyond
Jon Baumgarten, retired partner of the Proskauer law firm and former GC of the US Copyright Office

From Quantum - publishing and so much more 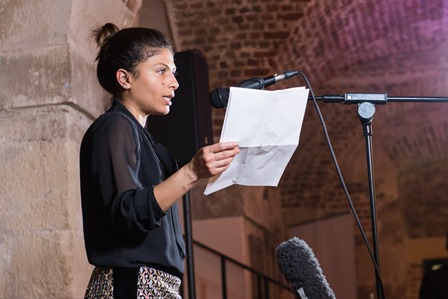 The IPA renamed the Freedom to Publish Prize the IPA Prix Voltaire, in tribute to French philosopher and writer François-Marie Arouet (penname ‘Voltaire’), a pioneer in tolerance and free expression thinking. In addition, from 1755 to 1759 Voltaire lived in Geneva, Switzerland, home of the IPA.

The first IPA Prix Voltaire went to the jailed founder of a secularist Saudi website, Raif Badawi, in recognition of the courage he has shown to express his ideas, and those of other people, in writing. Raif, 32, started the now-closed Free Saudi Liberals forum to enable political and religious debate in a state that is notoriously intolerant of free expression. He is currently four years into a 10-year prison term and has received 50 of 1,000 lashes, for hosting online commentary deemed blasphemous.

Raif’s wife, Ensaf Haidar, travelled from Quebec, Canada – where she and their three children secured political asylum in 2013 – to collect the award on her husband’s behalf. In a poignant acceptance speech, delivered in Arabic, Ensaf said Raif had become ‘a symbol for all in the Middle East and North Africa who wish to express their opinions peacefully and exercise their rights to freedom of thought, religion, and consciousness’.

Read the press release and view photos from the Gala Dinner, at The Café in the Crypt, St Martin in the Fields, London. 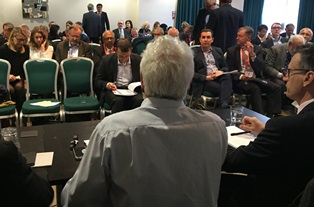 Four IPA working groups had been reviewing the IPA statutes and committee guidelines since December 2015 to make sure they would continue to serve as an appropriate framework for the modern IPA. Their proposals to clarify the IPA statutes and governance of the Membership, Copyright and Freedom to Publish committees, were overwhelmingly adopted by the IPA membership.

Click here to see the Revised IPA Statutes and Guidelines for the Copyright Committee, Membership Committee and Freedom to Publish Committee.

What Works? Successful Education Policies, Resources and Technologies
Attendance at the fourth one-day What Works? event was the highest yet, attesting to its value to the educational publishing sector as a networking and learning experience. The programme featured a varied international roster of speakers, with experts from the US, Mexico and Brazil in the west, and China in the east.

Many of the presentations can be viewed here:

Charles Clark Memorial Lecture
On Wednesday 13 April, record numbers attended Professor Michael Fraser’s provocatively titled What are Publishers For?, a lecture on the commercial and cultural challenges to publishers’ business models, and how publishers might use copyright as the basis for their response.