The IPA has been building on the solid foundations recently laid in the Association's relationship with Latin American publishing, with prominent speaking appearances at two of South America's biggest book fairs, in Buenos Aires, Argentina, and Bogotá, Colombia.

IPA President, Richard Charkin, paid a visit to Buenos Aires this month, where he attended the city’s 42nd Feria Internacional del Libro, which this year runs form 21 April to 9 May. One of the top five book fairs in the world, the Buenos Aires event attracts around one million visitors each year. This year it included a three-day professional programme of seminars and discussions for 12,000 publishers, booksellers, agents, distributors, educators and others in the publishing value chain.

Richard said: “The vibrancy of Buenos Aires and its 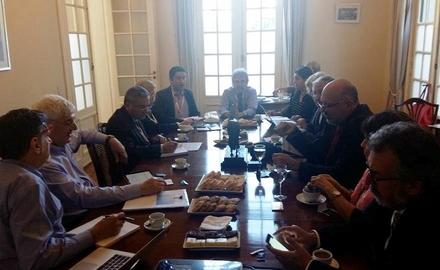 marvellously inclusive book fair is matched only by the creativity of the host of talented authors, designers, editors, and technologists from Argentina and wider Latin America. In spite of significant political and economic challenges, the book trade continues to thrive and enhance the educational and cultural framework of Argentina. I would urge publishers from around the world to visit the book fair to further business cooperation and to savour an atmosphere of innovation and progress.”

Richard was invited to address this group about ‘Innovation in Publishing’ and presented some of the transformations in publishing — from the people who run publishing businesses, through different funding models, various digital initiatives in different market sectors, digital models for selling, new technologies for marketing and distribution, threats, and ending on a reassuring note that print can still work and that our industry is fundamentally healthy.

His visit included a meeting of the Grupo Iberoamericano de Editores (Ibero-American Publishers Group), which represents the great majority of Latin American publishers and which has been a long-time Associate Member of the IPA. Also attending, in her capacity as Secretary of the GIE, was Argentinean former IPA president, Ana María Cabanellas. Ana María and Richard’s presence at this meeting can be seen as an affirmation of the IPA’s deepening relationship with Latin American publishing, which will receive a further boost with the newly created ‘Americas’ chapter of the Educational Publishers Forum (EPF). 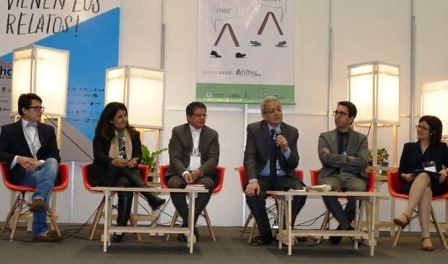 Fernanda joined a panel debate on the future of publishing in the digital environment, covering both commercial aspects and copyright. And during a copyright seminar organized by Colombia’s national copyright body, the Dirección Nacional de Derecho de Autor de Colombia (DNDA), she gave a presentation on the key copyright challenges posed by technological progress.