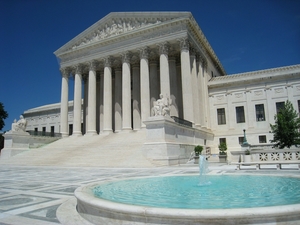 The IPA was dismayed this month when the Supreme Court of the United States (SCOTUS) declined to consider the appeal in Authors Guild v. Google (the Google Books case), bringing to an end more than a decade of litigation.

In doing so, SCOTUS left in place the previous ruling by the Second Circuit Court of Appeals, in New York, in favour of Google. That ruling had unanimously held that, although the case ‘tests the boundaries of fair use’, Google's act of making searchable online books supplied to it by libraries participating in the Google Books project, was “fair use” and therefore lawful.

Disappointingly, SCOTUS has in effect decided not to pronounce on whether or not Google’s practices to achieve this end, by the systematic and wholescale copying of books by a company with a commercial purpose, is in fact fair use.

Through the decisions of the Second Circuit in the Google Books and Hathi Trust cases (decided in October 2015 and June 2014 respectively), the concept of fair use has evolved from protection for authors, artists and performers who create original works that build on the works of others in a fair way, to also allowing uses that can only be achieved by the wholescale copying of entire works. This evolution must be taken into account in the many countries of the world where the introduction of US-style fair use into copyright law is being mooted, prompted in part by technology companies.

In effect, the decision in the Google Books case facilitates – under the fair-use banner – the digitization for libraries of hard copy works in their collections that are out-of-commerce or where the author has not objected. Google retains the scan files to make the books searchable online, but search results on works still in copyright will display only snippets containing the search terms. For books that are still in copyright and whose author has not expressly consented, the digitized copies made by Google for the libraries may not be used to display actual text, except to print-disabled patrons of the library.

Look-up type works and short works or articles are not covered by the decision that the display of snippets is fair use. Scientific journal content was never part of the Google Books programme, because that content had been digitized by STM pulishers long before the case started.

Other countries have alternative, more satisfactory solutions for the digitization of out-of-commerce works. In the European Union, for example, a Memorandum of Understanding between publishers associations, library associations and copyright management organizations facilitates digitization by public libraries, a solution that does not benefit unlicensed commercial companies.

Publishers had also brought an action against Google to prevent the scanning of books published by them, which was settled in 2012. The 20 million items originally digitized by Google has now been brought down to four million books, which is likely the result of many national trade associations and many individual publishers having settlements in place with Google that have effectively removed many titles from Google’s database.

The IPA will circulate to its members a more detailed analysis of the implications of this case.