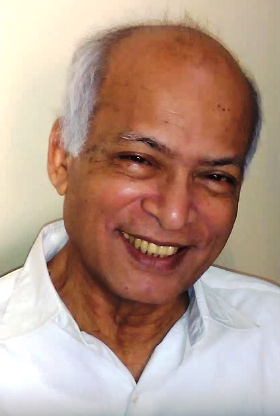 The International Publishers Association and its Freedom to Publish Committee today renewed its call for the immediate release of a 73-year-old publisher held in Dhaka since February, after the High Court of Bangladesh denied his application for bail.

Shamsuzzoha Manik, who owns the Ba-Dwip Prakashan publishing house, has been charged under Bangladesh’s Information and Communication Technology (ICT) Act, which criminalizes criticism of religion. He faces up to 14 years in prison if found guilty.

Manik, who also founded the now defunct bangarashtra.net website for secular debate, was arrested at the Bangladesh International Book Fair on 15 February after extremists threatened violent reprisals unless authorities detained him over publications deemed offensive to Islam.

IPA President Richard Charkin, who gave an opening address at the book fair, before Prime Minister Sheikh Hasina and senior ministers, said: ‘The government of Bangladesh—a member of the United Nations Human Rights Council—should release Shamsuzzoha Manik and take decisive steps to stop the worsening spiral of violence. A culture where extremists can freely spread intolerance and terrify publishers into silence or exile cannot be reconciled with credible democracy.’

The IPA and other human rights organizations believe the Bangladeshi authorities’ pursuit of writers and publishers instead of the extremists who want to silence them is fanning the flames of violence. The government of Prime Minister Hasina should urgently reassess this approach and demonstrate that the rule of law takes priority over pandering to terrorists.

Free speech in Bangladesh is coming under intense, sustained assault, with a spate of ferocious machete attacks and murders of secular writers and publishers. Some have fled the country in fear. Radical Islamist groups have claimed the killings of seven bloggers, free thinkers and their publishers, six of them since February 2015. Most recently, law student Nazimuddin Samad, who wrote about religious fundamentalism, war crimes, minority issues, corruption and injustice against women was hacked and shot on 6 April 2016.

In addition, the attacks have now widened to include civil society actors, academics and religious figures with diverse views, such as university professor Rezaul Karim Siddique, who was killed on 23 April 2016. Two days later, Xulhaz Mannan, editor of Bangladesh’s first and only LGBTI magazine, and a friend of his were hacked to death at home by unknown assailants.

The IPA is working with a broad group of global free speech organizations to ensure that the woeful human rights situation in Bangladesh remains high on the international agendas of key decision makers, including at the United Nations, in Geneva.

First IPA press release calling for Manik to be freed