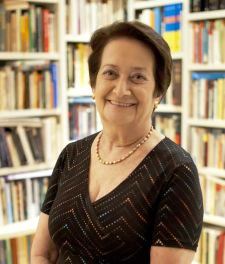 The Knesset has this month voted to abolish Israel’s trial fixed book price law from 1 September 2016, something the Israeli Publishers Association describes as a populist move that will undermine the independence of publishers in the country.

In 2013, the Law for the Protection of Literature and Writers, or simply the Book Law, was introduced to help authors by fixing the price of books for the first 18 months from publication, after which booksellers could apply discounts. In addition, the law set a minimum threshold on author royalties, and prohibited book store chains from applying preferential marketing to specific titles.

The law was due to elapse on 5 Feb 2017, but Israeli publisher and president of the Israeli Publishers Association, Racheli Edelman, believes its early abolition by the Knesset was unnecessary and only serves the political agenda of Culture Minister, Miri Regev (pictured below).

Having already announced that she intended to scrap the law, Regev established a committee in 2015 to monitor the market’s response to it. However, the committee reported in March 2016 that the Book Law was working according to expectations: the number of books sold was comparable to 2013 levels, before the law was introduced, and higher than in 2014.

Racheli Edelman told the IPA: ‘Over six months, the committee spoke to authors, independent bookshop owners, chain owners and publishers, before concluding that the law was indeed beneficial for the market. Regev intervened in the committee’s findings, and the chairman, who is also the director general of her office, said he was opposed to the law. The six other committee members expressed their support for the law.’

In addition, another committee set up as part of the Book Law collected financial data from all publishers, chains and private bookshops. It reported that book sales were higher than before the law, with new children's book sales up by close to 50%. It also found that the market share of Israel's two dominant book chains was reduced from 77% to 63%, to the benefit of private book shops and other outlets, and that publication of books by new authors was in line with the average of the previous five years.

Despite these findings and those of her own committee, Miri Regev told successive Knesset hearings that sales had dropped by 20%, that children’s book sales had fallen by 30%, and that no one was publishing new Israeli authors. She also said that the reduction in the big chains' market share was negligible. Israeli media widely reported that the minister had misled the Knesset, pointing out discrepancies in her statements and the committee report. 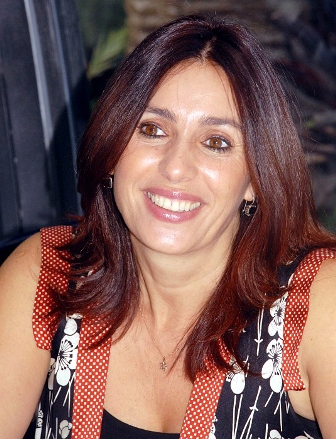 In reality, Racheli says, the law stabilized falling sales by driving down the average catalogue book price from ILS 88-99 to ILS 68-76 (€20/22 to €15/17), while the average market book price became ILS 43 (€9) — lower than before the law came into force. In addition, the market share of Israel’s two biggest chains was reined in from 77% to 63%, giving a welcome boost to independent bookstores and websites.

Racheli said: ‘Two publishers that own 66% of the book chain Zomet wanted to repeal the law because it contained two elements they saw as unfavourable, namely the equal marketing provision and the removal of cash incentives for staff selling their titles.’

Specifically, the law requires that 55% of book store sales areas — anywhere in the shop with book covers visible — shall be dedicated to ‘other publishers’ and 45% to a publisher-cum-store owner’s own material. It also prohibits the payment of sales bonuses to book shop employees for pushing individual titles. Before the law, publishers paid a ILS 5 commission to sales people selling five titles per month from their own publishing houses.

The Israeli Publishers Association says the only thing to do now is wait for a change of government and culture minister, and pray that not too many publishers go out of business in the meantime.

Racheli added: ‘The fixed price law had allowed booksellers to give 20% discounts to the public on new titles for 15 days a year during the “Hebrew Book Week” where publishers have stands in central squares in several cities, and there’s lots of public relations and media coverage encouraging people to come and buy books for themselves and their children. This has already been cancelled for the current book week, which started on 15 June, so most publishers will be selling old and new books at three for IL99 (€22) for children’s books and two for IL 99 for adult books. According to the existing law, a publisher is obliged to pay 8% royalties from the printed retail price up to 6,000 copies and 10% onwards. After 1 September this will have gone, and I’m sure that the books will be sold at the pre-Book Law rate of four for IL100. This will cause more publishers to go out of business and the authors will lose a large part of their royalties because discounted sales push royalties down to IS1 per copy, or even less.’