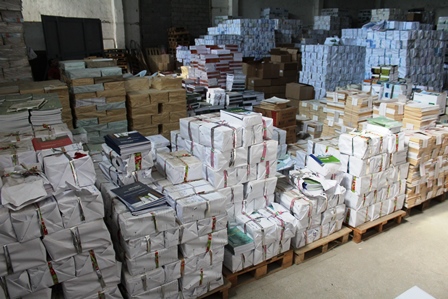 Four Georgian publishers that are facing bankruptcy because of a government scheme to commandeer the textbook market took their case to the European Court of Human Rights, this month, in a last-gasp bid for survival.

Intelekti Publishing, Diogene Publishing, Artanuji Publishing and Logos Press, previously competitors in what was once a vibrant Georgian industry, have joined forces to challenge a 2013 decree that enables the state to seize their digital textbook files without prior agreement, print the books and give them away for free.

The country’s publishers and the Georgian Publishers and Booksellers Association (GPBA), an IPA member, are fully in favour of free school books, but they say the government programme entails a flagrant copyright violation that is putting publishers out of business.

In 2014 and 2015, the publishers tried to challenge the decree in the lower Georgian courts, but were dismissed after only a perfunctory examination of the case. A subsequent attempt to escalate the matter to Georgia’s Supreme Court was rejected without a hearing.

Their last hope lies with the European Court of Human Rights (ECHR), in Strasbourg, where they lodged a complaint on 17 June asking the court to overturn the 2013 decree; to order the Georgian Ministry of Education and Science to pay the publishers $14m in damages; and to declare illegal the action taken by the Ministry since the 2013 decree was passed. The ECHR is expected to respond later this year.

There are currently one million pre-printed textbooks gathering dust in warehouses because the government programme prevents their sale on the open market. What is more, the government refuses to buy the stockpiled copies — despite heavy discounts offered by the publishers — opting to print new copies instead.

As these one million books were printed several years ago, 2016 is the last year when up to half of them (intended for years one to six) will be valid and saleable. The other half of the textbooks (intended for years seven to 12) will be valid until 2017. If the government does not buy them, the publishers will face even more crushing financial losses. 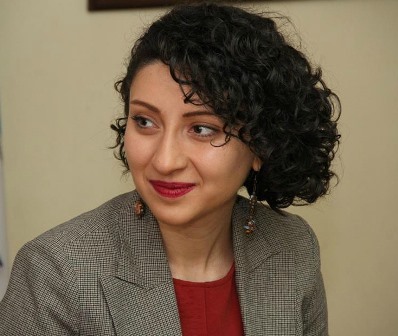 GPBA chair Gvantsa Jobava (left) said: ‘The government must decide whether to doom the textbook publishers and leave those one million textbooks unused forever, or make its one fair decision of the last three years and buy these textbooks from our publishers.’

Georgia’s big textbook publishers have reportedly seen up to 80% of their income wiped out as a result of the government scheme, while a number of textbook-only publishers have already gone under. In addition, the law has frozen all textbook content upgrades, with no improvements made for three years. Prior to 2013, authors and publishers adapted and improved textbooks on a systematic, ongoing basis.

Gvantsa Jobava said: ‘While this project had a valid social aim — to give schoolchildren free access to books —it was actually driven by populist politics. As a result, society was grateful, but at the same time the legitimacy of publishers was called into question, because the government framed its decision as a fight against greedy publishers profiting from poor people. In other words, the legitimate business of publishing was portrayed as immoral, which meant our being driven out of business has been falsely portrayed as a fair sacrifice.’

According to Ms Jobava, the Georgian publishing industry as a whole is now in serious danger, with publishers going bust, book shops closing, book prices climbing and piracy on the rise. In addition, textbook quality is falling and a once healthy relationship between publishers and government has turned into acrimonious mistrust.

Publishers and textbook authors used to meet school teachers annually around the country, hold training sessions for them, present the peculiarities of new textbooks, answer their questions, and raise teachers’ skills, but that has all finished. And since there were alternative textbooks on the competitive market, authors and publishers tried to market the advantages of their own textbooks to as many teachers as possible. Additionally, the system of paying royalties to authors was a big motivator for authors to create better, more competitive textbooks. Publishers used to pay authors €1 per book sold, but today the government remits just half a cent per copy distributed for free.

The IPA’s Educational Publishers Forum (EPF) and the international publishers of its membership have been following the Georgian situation with increasing concern, and will continue to monitor developments as the ECHR announces its position.