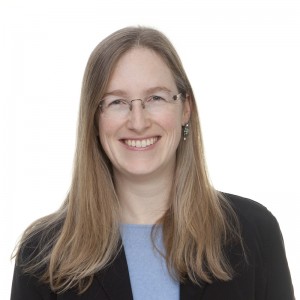 Dr. Jessica Sänger (39), lawyer and Deputy Head of the Legal Department at Börsenverein des Deutschen Buchhandels, will run a newly formed unit for European and international affairs at the German Publishers and Booksellers Association.

She will take up the post on September 1st. In this role, she will report to Alexander Skipis, Managing Director of Börsenverein. Kristina Kramer (35), based at Börsenverein’s Berlin Office, will act as Deputy Director for European and International Affairs.

After completing her degree in law, she worked as a researcher at an academic institute for media law (Mainzer Medieninstitut) and Johannes Gutenberg-University in Mainz. Her main areas of focus were the law of the media and European law. Jessica Sänger joined the legal department of Börsenverein in 2008 and has been in charge of European and international issues in that capacity. She took over the role of Deputy Head of the Legal Department in 2011. She received a PhD in law from Johannes Gutenberg-University in Mainz in 2014.

Claudia Paul, Head of Press and Public Relations
Tel. +49 (0) 69 1306-293
This email address is being protected from spambots. You need JavaScript enabled to view it.

Thomas Koch, Press Officer
Tel. +49 (0) 69 1306-292
This email address is being protected from spambots. You need JavaScript enabled to view it.