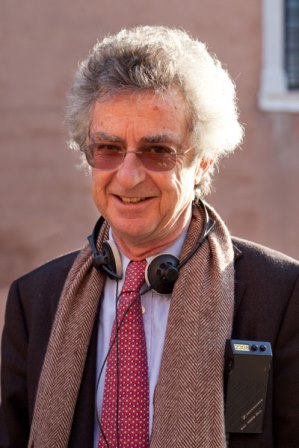 IPA pays tribute to the late Nick Perren, a 'strong supporter of freedom to publish'

Nick, who was 67, had a successful and diverse career, including as managing director of John Murray from 1984 until 2002, where he led the sale of the business to Hachette. He held numerous senior positions in British and Italian companies, and his most recent (simultaneous) roles were as chairman of UK publishing houses, Profile Books and Lawrence King, and board member of the UK chain of bookshops, Waterstones.

Richard Charkin, current IPA president and Executive Director of Bloomsbury, said: 'Nick was a great friend, publisher and supporter of our trade associations, national, regional and international. I remember inheriting from him large boxes of files from his work for the FEP and the IPA. Not only was he knowledgeable and insightful, he was also diligent. The papers in the files were covered with notes, queries, to-do lists and the occasional joke. He was an immensely consistent and strong supporter of freedom to publish and never shirked his responsibilities. I know that all his friends in international publishing will feel that our world will be poorer without him. I certainly do.'

Ana Marìa Cabanellas, who was IPA president from 2004-2008, said: 'The publishing industry has lost a great asset. Nick always had a perceptive comment at hand; to the point and deployed with a unerring sense of humour. He was an outstanding member of the IPA's Executive Committee. And he will be sorely missed.'

In addition, Profile Books managing director Andrew Franklin told the IPA: 'Nick was a remarkable man. From his early training in export sales, he had a real understanding of the global breadth of publishing and he was a huge supporter of the international efforts of the IPA on freedom to publish, and of the importance of books to education, culture and freedom around the world. He was also a remarkable businessman with strong instincts and a profound understanding of the importance of people to business. He was chairman on the board of many great publishers in the UK and Italy, and Waterstones bookshop. He was generous with his advice, wise in his counsel, shrewd in his instincts and will be missed everywhere.'