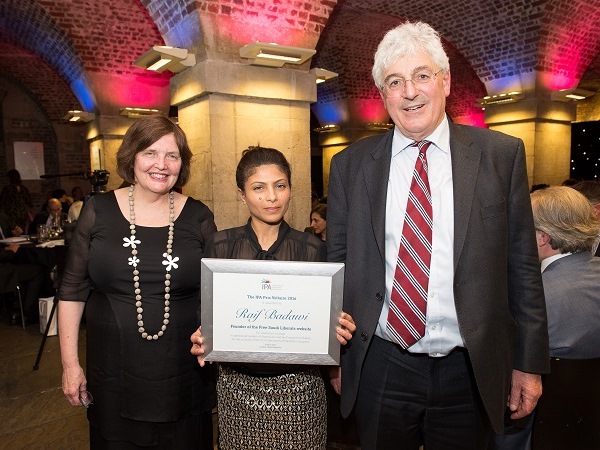 IPA calls for nominations for the 2017 IPA Prix Voltaire

The International Publishers Association today launches its call for nominations for the 2017 IPA Prix Voltaire — a unique award in celebrating the freedom to publish, without which many writers would be unable to exercise their freedom of expression.

Freedom to publish is one of the founding principles of the IPA. Publishers who provide authors with the means to disseminate their written ideas incur the same risks as the writers themselves. Their work requires a principled, altruistic compulsion and unwavering courage. Attempts to thwart this freedom worldwide are rife, with publishers being intimidated, attacked, imprisoned and even killed by governments, extremists or private interests.

A list of previous winners of the prize (until 2016 known as the IPA Freedom to Publish Prize) can be found here, including Saudi blogger Raif Badawi (2016) and Belarusian publisher Ihar Lohvinau (2014). Previously presented every two years, this is the first time the IPA Prix Voltaire will be awarded on an annual basis.

Who nominates whom, and how?

Any individual, group or organization can nominate a publisher, which is defined as an individual, collective or organization that provides others with the means to share their ideas in written form, including via digital platforms. Nominees will have recently published controversial works amid pressure, threats, intimidation or harassment. Alternatively, they may be publishers with a distinguished record of many years spent upholding the freedom to publish and freedom of expression.

Nominations are to be submitted by email using THIS FORM (ideally in English) to IPA Director of Communications & Freedom to Publish, This email address is being protected from spambots. You need JavaScript enabled to view it..

The closing date for nominations is 7 April 2017, after which the nine publishing professionals that make up the IPA Freedom to Publish Committee will identify a shortlist then vote for the winner. The IPA will announce the outcome in early May 2017, and present the award shortly afterwards.

The winner will receive 10,000 Swiss francs (EUR 9,330 / USD 9,967), funded by a range of generous sponsors. Currently, the IPA is seeking more sponsorship to increase the prize fund and, with it, the positive impact on the winner’s circumstances.

To find out how you or your organization can support the IPA Prix Voltaire and, in so doing, contribute to raising awareness of the freedom to publish, please contact This email address is being protected from spambots. You need JavaScript enabled to view it..