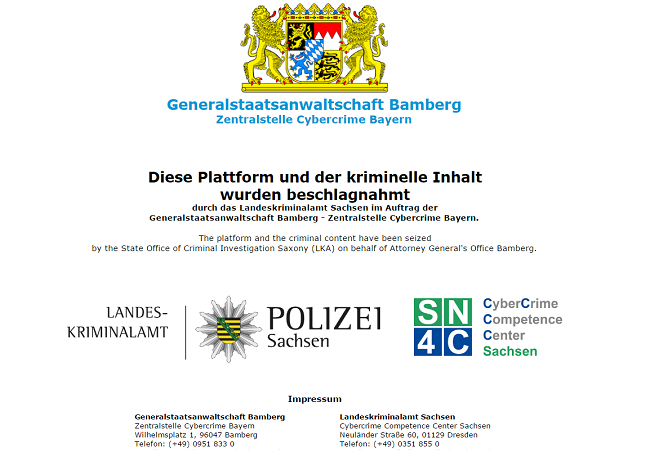 German investigators have succeeded in shutting down a Tonga-based website that was illegally selling thousands of downloadable books and journals – the majority of them in German – at rock-bottom prices.

The site, called Lul.to, was offering around 200,000 pirated e-books, audio books, newspapers and periodicals (160,000 of them in German) for download at just a few cents each. Around 30,000 consumers are believed to have bought the content.

Public prosecutors from Bamburg, in Bavaria, seized 11 terabytes of data; bitcoins worth €55,000; bank accounts holding €100,000; €10,000 in cash; and ‘a high-end motorbike’, in the operation. Three people were arrested, while the investigation continues.

IPA President Michiel Kolman said the closure of lul.to was a big step in the fight against book piracy.

‘Online piracy is the scourge of creators everywhere – its lasting effects are immeasurable,’ he said. ‘Not only does intellectual property theft hit authors and publishers in the short term, but denying them their due revenues hampers their ability to live from their creativity and to create more. Operations like this should sound a warning to other would-be pirates, because whether the goods are digital or physical, theft is theft.’

In a news release, the IPA’s German member, the Börsenverein des Deutschen Buchhandels (BOEV), said the probe had been launched in February 2015 by Gesellschaft zur Verfolgung von Urheberrechtsverletzungen (GVU), which specializes in pursuing cybercrime.

BOEV Managing Director Alexander Skipis said the operation had been a ‘major success’ against internet piracy. ‘By blocking one of the largest illegal providers of e-books and audiobooks, many publishers and retailers can breathe easy. Piracy is no victimless crime – it’s theft of intellectual property, the basis of the work of authors, publishers and bookshops. Portals like lul.to do massive harm the media market.’

The site was taken down by the Saxony Cybercrime Competence Center (SN4C) on 21 June 2017. How much revenue authors and copyright holders have lost as a result of lul.to will only be understood once all the downloads have been catalogued and valued.