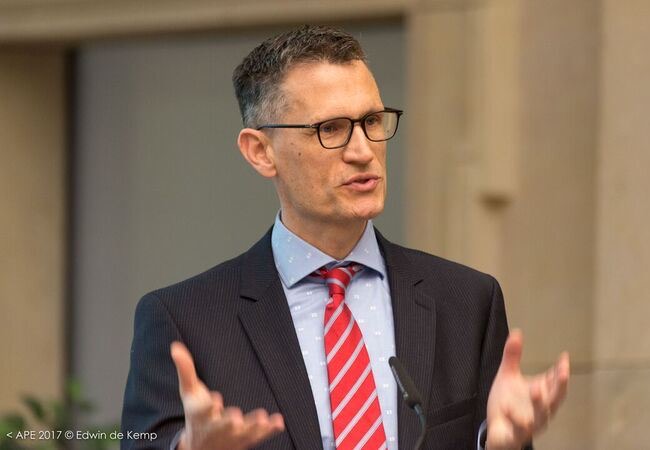 IPA president Dr Michiel Kolman called for Russia to do more on the big issues of book piracy and censorship this week, at the opening of the Moscow International Book Fair.

In a comprehensive address delivered on Wednesday (6 September) Dr Kolman said the IPA had been debating Russia’s strict 2013 anti-gay propaganda law. The legislation makes it a jailable offence to enable minors to access material that equates ‘non-traditional’ relationships with the heterosexual family model.

Since its adoption the law has been widely discussed in international media, but it returned to the fore in August when American writer Victoria Schwab complained that her Russian publisher had redacted a gay scene from one of her books. The broader implications of the case were considered in this IPA blog post.

Dr Kolman told the Moscow Book Fair audience: ‘The IPA has been debating the problematic anti-gay propaganda law, which is compelling publishers to censor texts to avoid criminal liability. The law poses many questions beyond the immediate issue it seeks to address – questions about freedom of expression, commercial sensitivities, the sacred bond of trust between authors and publishers. We believe this law needs to be reviewed, because its good intention to protect minors may in reality be doing more harm than good.’

On piracy, the IPA president cited Russian Interior Ministry figures which estimate that up to 30% of all new books in circulation may be counterfeit. Dr Kolman praised recent Kremlin efforts to tackle the ‘epidemic’, but said more action was needed, including the zero-rating of VAT on e-books, which currently stands at 18%.

He said: ‘Inferior quality counterfeit books in classrooms mean pupils get an inferior quality education. Not only that, but counterfeiting and piracy mean publishers do not benefit from the return on their investments, which curtails their ability to take risks and innovate, and to better prepare Russian children for the knowledge economies of the future.’

He predicted that the problem would worsen ‘without consistently applied proactive countermeasures and communications campaigns to sensitize a Russian population that’s largely unconcerned about this crime’.

Kolman also called for a decisive counter response to pirate sites such as Sci-Hub, which suddenly withdrew from Russia last week when its founder Alexandra Elbakyan took exception to ridicule of her within Russia’s scientific community.

He said: ‘Such platforms undermine the science publishing ecosystem that researchers and universities worldwide rely on for communication, validation and quality assurance.’