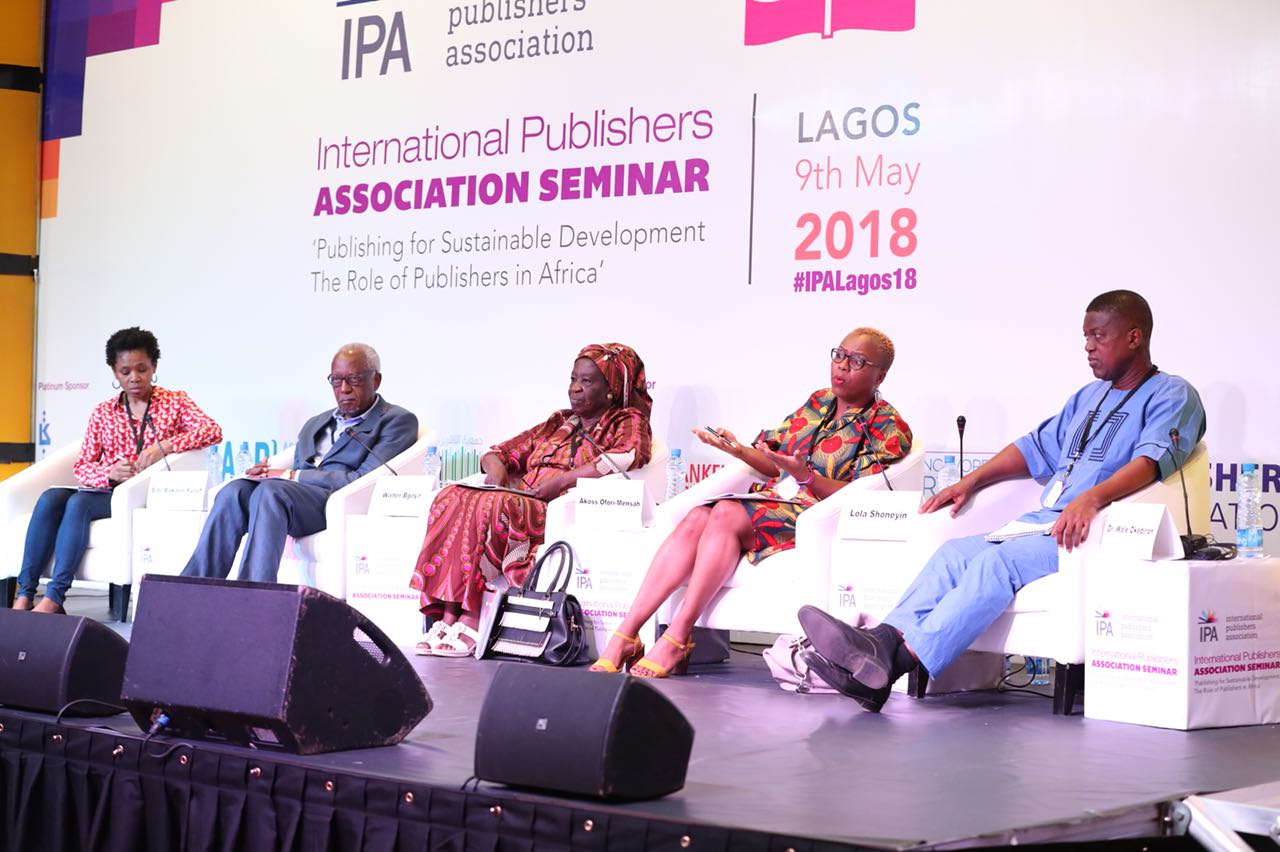 200 participants gathered in Lagos, Nigeria, to attend the first IPA Regional Seminar on Publishing in Africa. The seminar brought together notable publishers and others from across Africa and beyond and included 2007 Prix Voltaire recipient Trevor Ncube from Zimbabwe.

Opening the seminar Gbadega Adedapo, President of the Nigerian Publishers Association and member of the IPA’s Executive Committee, encouraged the industry to shout louder about its value, estimating its annual turnover at around one billion US dollars.

Warning about the scourge of piracy, Adedapo paraphrased Chinua Achebe in describing what will happen if piracy is not tackled: “Things fall apart”. He called on participants to use the seminar to come up with a Lagos Action Plan 2018 to help carry the African publishing industry forward.

IPA President, Dr Michiel Kolman, used his opening remarks to underline the connected nature of the publishing industry in a globalised world, telling the audience “almost none of our challenges exist in isolation. We can all learn from each other. The challenges faced in Nigeria today may be those faced somewhere else tomorrow. And the solutions of one government may inspire another.” He also warned against African governments being used as proxies in big tech companies’ efforts to undermine copyright.

The seminar’s 6 panels covered a range of issues including the socio-economic contribution of African publishing – IPA Secretary General, José Borghino calling on “African governments to take publishing seriously by starting to collect data on the industry.” Other panel sessions focused on educational publishing, the originality of African literary voices, the role of technology, and the importance of copyright. A panel on freedom to publish featured Kristenn Einarsson, Chair of the IPA Freedom to Publish Committee and 2007 Prix Voltaire recipient, Trevor Ncube. The Zimbabwean publisher said the award had protected him and raised his profile, giving him a platform to voice his views in a way that governments took notice.

President of the Emirates Publishers Association and member of the IPA’s Executive Committee, Sheikha Bodour Al Qasimi, drew proceedings to a close by underlining the importance of strong local publishing industries both culturally and economically. She also announced that the Kenyan Publishers Association had offered to host the next IPA seminar for sustainable development of Africa next year in Nairobi.

The International Publishers Association (IPA) is the world’s largest federation of publishers associations with 76 members in 65 countries. Established in 1896, the IPA is an industry body with a human rights mandate. The IPA’s mission is to promote and protect publishing and to raise awareness of publishing as a force for economic, cultural and social development. Working in cooperation with the World Intellectual Property Organization (WIPO) and numerous international NGOs, the IPA champions the interests of book and journal publishing at national and supranational level. Internationally, the IPA actively opposes censorship and promotes copyright, freedom to publish (including through the IPA Prix Voltaire), and literacy.

About The Nigerian Publishers Association NPA

The Association provides a forum through which publishers come together and deliberate on various issues affecting the publishing industry and the book trade at large. It is at the NPA that policies that would create an enabling environment and secure favourable trade terms both within Nigeria and overseas are made.