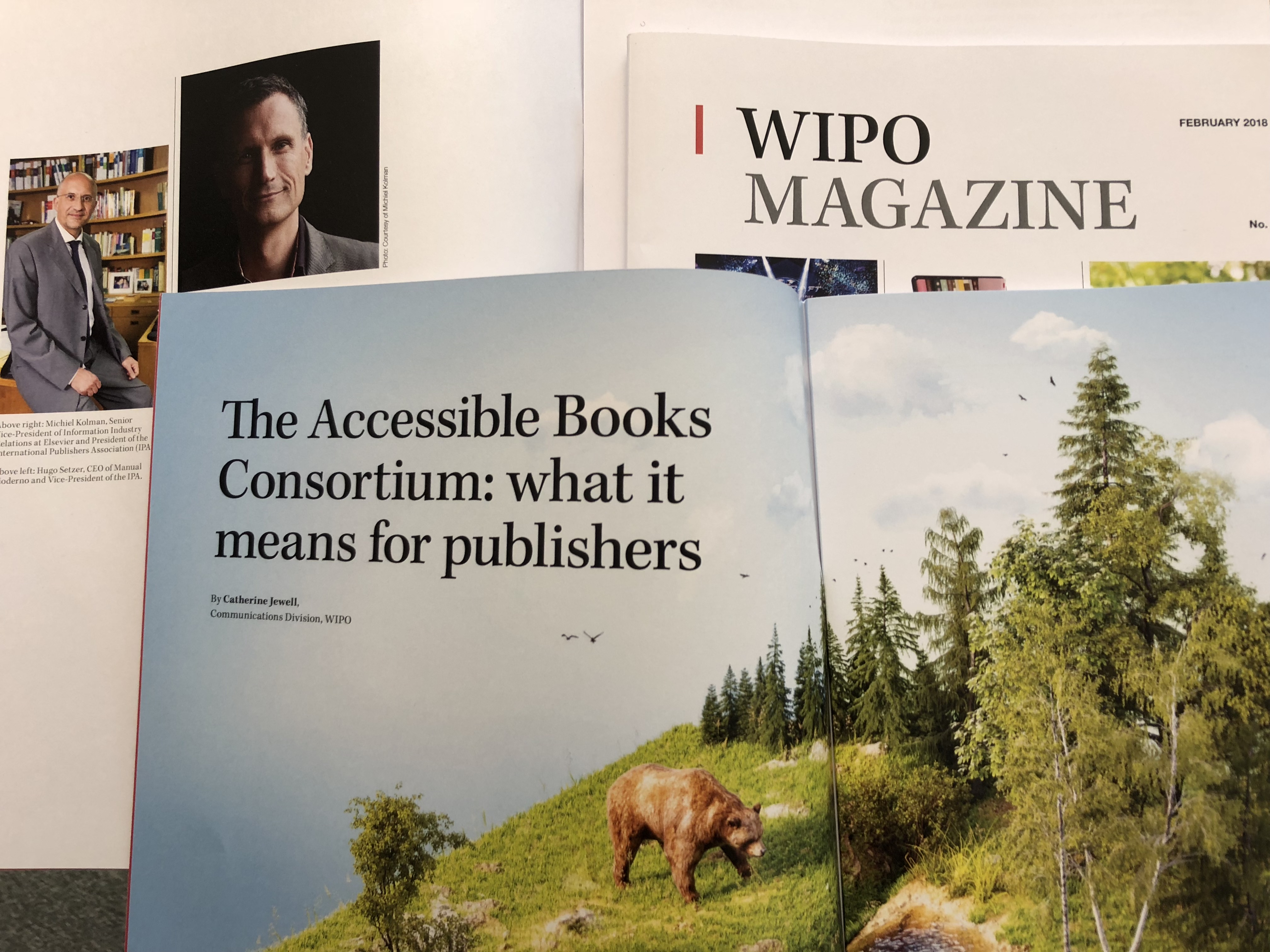 IPA President, Michiel Kolman, and Vice President, Hugo Setzer, feature in the latest edition of WIPO magazine promoting the Marrakesh Treaty and the work of the Accessible Books Consortium.

The magazine interviews go into more detail than the two videos that were published in February with both Michiel and Hugo sharing the experience of their own publishing companies in signing the ABC charter and shifting to born digital formats as well as their own discoveries of the needs of print-disabled readers.

Both Dr Kolman and Mr Setzer tackle the potential concerns of publishers head on, particularly concerning costs. Both also emphasise the need to keep raising the awareness of the publishing community about the reality of the Marrakesh Treaty and the ABC.

You can read the full interviews here and download the full edition of WIPO Magazine here.

The ABC International Excellence Awards will take place at the London Book Fair (LBF) on 10th April 2018 and the UK Publishers Association has an Accessible Publishing Seminar at LBF on 12th April.