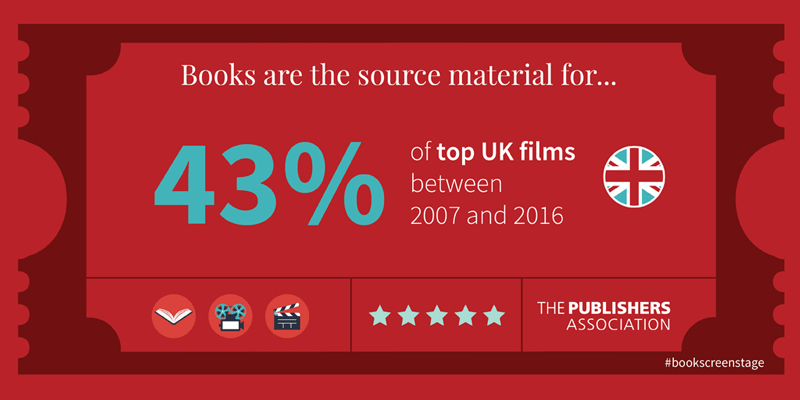 From Book to Film – copyright as a creative and economic enabler

Both The Publishers Association (UK) and the Association of American Publishers have recently looked at the relationship between publishing and film production. Adapting a book to film is a great example of copyright as an enabler of creation.

While IPA was busy at the May SCCR meeting in Geneva, the Association of American Publishers was holding an event together with the Motion Picture Association of America at BookExpo in New York. They brought together an interesting line-up to look at how books are adapted to screen. What came out of the discussions is that there is no magic formula and that each project is different. You can read a fascinating interview with Darin Keesler of Picador on the AAP’s website. He has worked on a number of book-to-film projects including Oscar winners Call Me By Your Name and The Revenant. Keesler presents the practicalities of publishers and producers collaborating and the potential positive impact on both artforms, with films benefiting from an established readership and films helping books reach new audiences – Call Me By Your Name was released as a book in 2008 to positive reviews and good sales. An Oscar run for the film 10 years later saw the book reach the New York Times bestseller list.

Earlier this month The Publishers Association (UK) released a study conducted by Frontier Economics looking at publishing’s contribution to the wider creative industries. Among many revealing figures it highlights that a staggering43% of the UK’s top films between 2007 and 2016 were based on books and that films based on books take 44% more in box office revenues in the UK. The full study includes excellent case studies on The Night Manager and My Cousin Rachel, among others.

Back at the SCCR in Geneva in May, FIAPF held a side event where South African Sales Agent, Mayenzeke Baza spoke of his work on the huge box office success, Happiness is a Four Letter Word. The origin of that film? You’ve guessed it, a book (by South African novelist, Cynthia Jele).