Luc Audrain, Head of Digitization at Hachette Livre, was in London to pick up the Publisher Award for Hachette’s implementation of “born accessible” production processes in the EPUB3 format as well as ensuring all its trade publications are tested for accessibility. 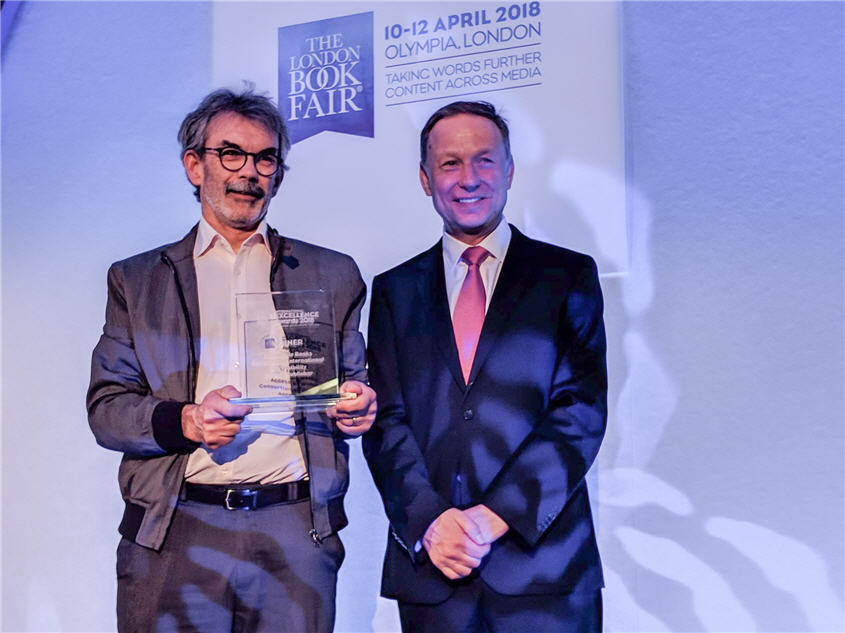 The Project Award went to Daisy Forum, India. Mr Dipendra Manocha was in London to collect the award for the network’s efforts which include the launch of India’s largest collection of online books, Sugamya Pustakalay.

You can read more about the winners on the Accessible Books Consortium website here and learn more about Hachette’s work on digitisation here.

The Accessible Books Consortium (ABC) was launched in June 2014 and is an alliance led by the World Intellectual Property Organization (WIPO). It involves advocacy organizations, authors, collective management organizations, libraries for the blind, publishers, and standards bodies. The IPA is represented with a permanent seat on the board. 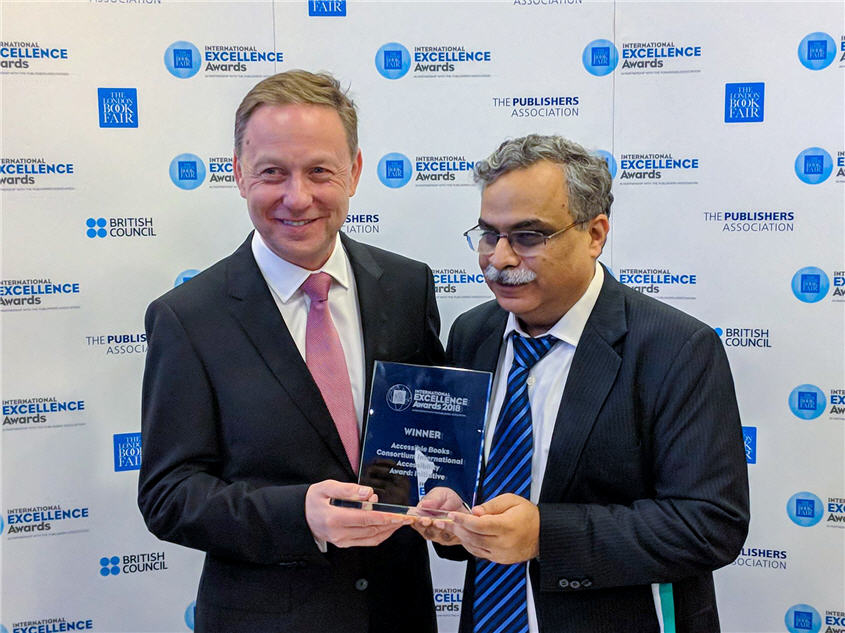 ABC aims to increase the number of books worldwide in accessible formats – such as Braille, audio and large print – and to make them available to people who are print disabled.