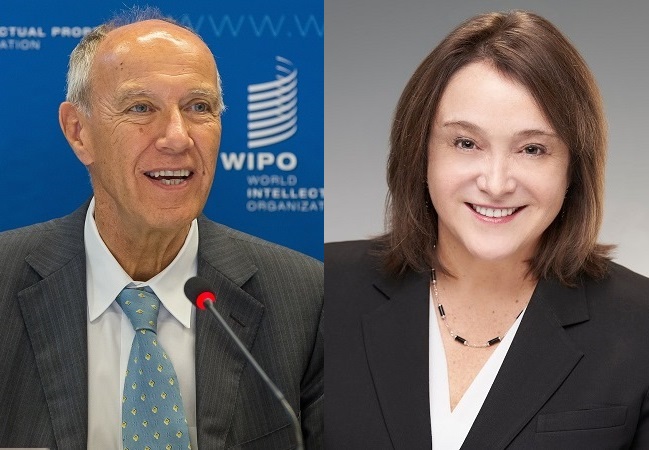 Two of the world’s foremost influencers in the intellectual property (IP) sphere will trade views on how publishers can plan for the future of copyright during a headline debate at the 32nd International Publishers Congress, in New Delhi, in February 2018.

The Director General of the World Intellectual Property Organization (WIPO), Dr Francis Gurry, will join Maria Pallante, former US Register of Copyrights and current President and CEO of the Association of American Publishers (AAP), in a session called ‘Shaping the Future of IP in Publishing’.

Both Dr Gurry and Ms Pallante are world authorities in their fields and head organizations with enormous power to shape the international copyright ecosystem. It is at WIPO – in particular the Standing Committee on Copyright and Related Rights (SCCR) – where delegates negotiate international treaties intended to standardize the way nations legislate on IP. And the AAP’s voice in the copyright domain is especially relevant at a time when multiple governments around the world are considering the implementation of laws based on the US ‘fair-use’ model.

Managing the conversation will be IPA President Dr Michiel Kolman, PhD, who, as Elsevier’s SVP Information Industry Relations and Academic Ambassador Emeritus, is no stranger to the issues.

He said: ‘We’re extremely fortunate to have the top representatives from WIPO and the AAP with Francis Gurry and Maria Pallante. Dr Gurry’s voice is crucial, since so much of the future of copyright is decided at WIPO in Geneva. And Maria Pallante, with her vast experience of the American copyright landscape, will also help publishers to understand what’s around the corner and what the implications are for their business models.’

The talk is scheduled to take place after lunch on 11 February, the first day of the International Publishers Congress, at the Hotel Taj Palace, in New Delhi, where up to 500 leading international and Indian publishers and stakeholders are expected.

Day two will open with a hard-hitting keynote on Freedom to Publish (FtP) by Jennifer Clement, the President of PEN International, followed by a panel discussion on the world’s FtP blackspots and how human rights bodies like PEN and the IPA can advocate for improvements.

The rest of the four-day Congress programme will encompass many major issues for publishers, such as collective rights management, technology, children’s and STM publishing. And there are subjects never previously addressed at the Congress, such as publishers’ social responsibility and global solidarity. This will cover the links between publishing and the United Nations Sustainable Development Goals, in particular SDG4, education, by looking at capacity building for educational publishers in the global south and a broader discussion around globalization.