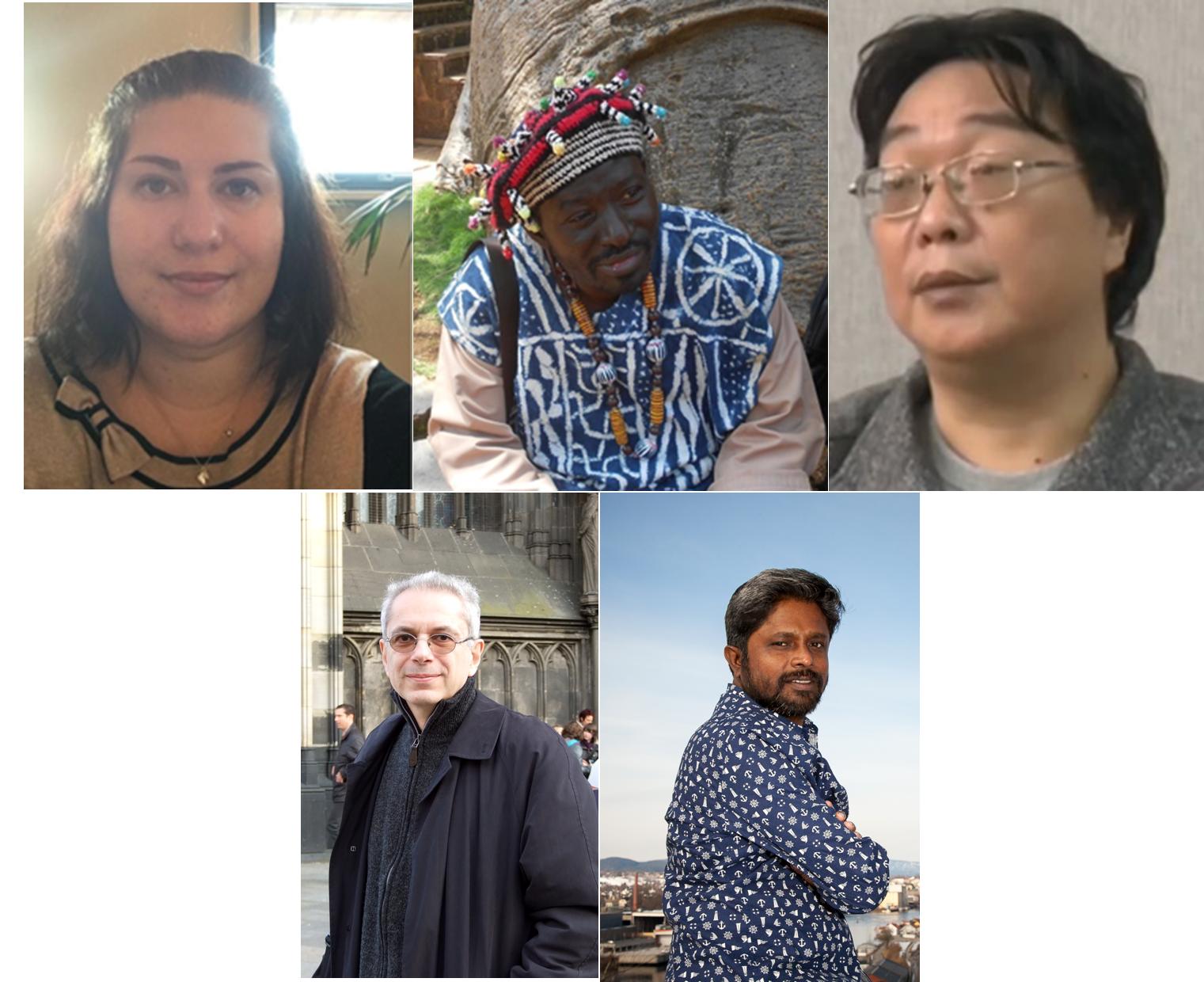 Who are this year’s Prix Voltaire shortlist nominees?

On 11th January IPA announced the shortlist for the 2018 Prix Voltaire. Find out more about the courageous people fighting for freedom to publish around the world starting today with Azadeh Paraspour.

Since its launch it has given life to 41 titles that were subject to censorship in Iran. Today, Iranian readers have free access to these books spanning a diverse range of topics such as underground music, LGBT, women, relationships, war, censorship, extremism and immigration. Nogaam supports Iranian authors, advocates freedom of speech, promotes Farsi-language digital publishing and provides easy access to invaluable Farsi books.

Lewis Medjo is the managing editor of the weekly newspaper La Détente Libre in Cameroon. He is well known for his reporting on human rights and good governance issues. Because his reporting was often critical of the Cameroonian government, he and his family were regularly harassed by government agents.

Ahmedur Rashid Chowdhury, aka Tutul, is a publisher, writer and editor. In 1990 Chowdhury started publishing and editing the magazine Shuddhashar, which soon became a platform for young and unconventional writers in Bangladesh, with about 13 issues per year. It hosted writings of free and logical thinkers. Chowdhury opened his publishing house in Dhaka in February 2004, under the same name Shuddhashar, where he printed primarily works of open-minded and progressive writers in his country. Publications included Obishwaser (Philosophy of non-belief) written by the late Avijit Roy and Raihan Abir, first published in 2011 and later in 2012. Also Parthiba (Nothing is Divine), which is a collection of articles on secularism and rationalism, written by the late Ananta Bijoy Dash and Shoikot Chawdhury, in 2011. These and other books published by Shuddhashar are seen as blasphemous by Islamic extremists in Bangladesh.

Tamás Miklós is a Hungarian publisher who has dedicated much of his life to publications that challenge the Hungarian regime. In 1980 he founded Medvetanc (Bear Dance), which he edited for the next ten years. He then went on to collaborate with publishers across Europe on varoius publications and founded the Atlantisz Publishing House and foundation to ensure that kex^y texts in the fields of philsophy, theory of history, cultural history and psychology among others were available in hungarian. He has been awarded the Knight's Cross of the Hungarian Republic and received the Cross of the Order of Merit of the Federal Republic of Germany for services to German culture.