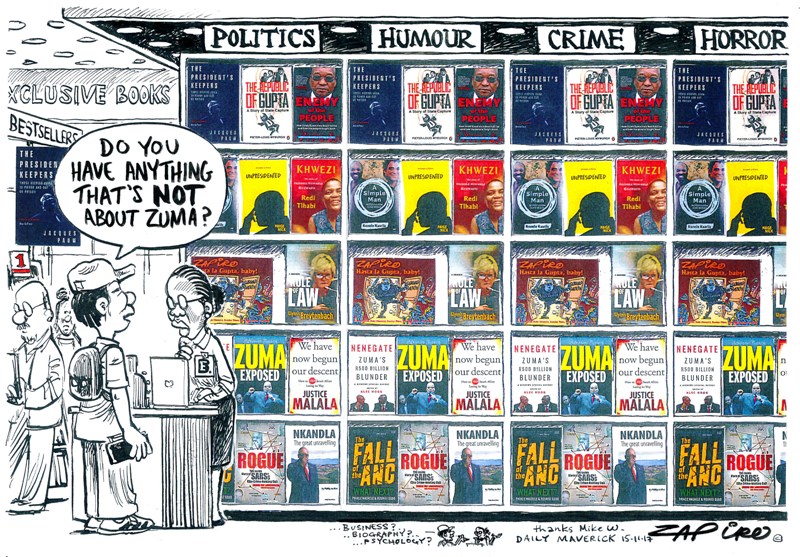 Attempts on freedom of expression in South Africa

On 29 October 2017 a new book appeared on the shelves of bookstores in Johannesburg, South Africa. The President’s Keepers: Those keeping Zuma in power and out of prison is a book by a veteran journalist, Jacques Pauw, who made his name exposing the murderous tactics employed by security forces against freedom fighters in South Africa during the apartheid regime.

The book is a work of investigative journalism which exposes evidence of wide-scale financial mismanagement, fraud and corruption within the current South African government.
On 3 November, the State Security Agency (SSA) of South Africa and the South African Revenue Service (SARS) issued an order trying to withdraw The President’s Keepers from circulation claiming that it contravened the Intelligence Service Act. The official launch of the book was planned for the evening of Wednesday, 8 November 2017, but was cancelled because of a mysterious power outage.

However, the book’s publisher, Nasionale Boeke or NB, and South African booksellers have stood firm with Pauw, and this clumsy attempt at censorship has only resulted in an immediate spike in sales, with the initial print run of 20,000 selling out overnight and the book becoming an international bestseller. The digitally pirated PDF version of the book has gone viral in the wake of the government’s action and the legitimate version of the book is the fastest seller in South African history.

Jacques Pauw has received death threats but will not be intimidated, acknowledging that NB have immediately started re-printing the book.
The IPA fully supports Pauw and his publishers and on 7 November released this.