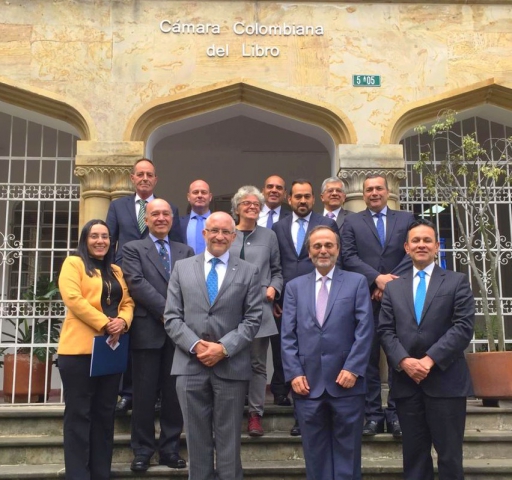 IPA President Hugo Setzer recently visited Bogotá, Colombia, where he had meetings with IPA member, the Cámara Colombiana del Libro and with the Colombian IP office.

Hugo was invited to a meeting of the local PA’s executive committee, where he could explain to their members the work IPA does globally to represent and defend publishers’ interests. Hugo encouraged our Colombian member to participate more actively on IPA’s various committees.

Colombia has 48 million inhabitants and is an important regional publishing and printing hub, in part because of fiscal incentives for the industry and its stable economy.

During last year’s copyright review in Colombia’s Congress, some organizations were pushing for broader exceptions within the existing law. Thanks to the efforts of the Colombian PA, with the help of IPA, no new exceptions were introduced.