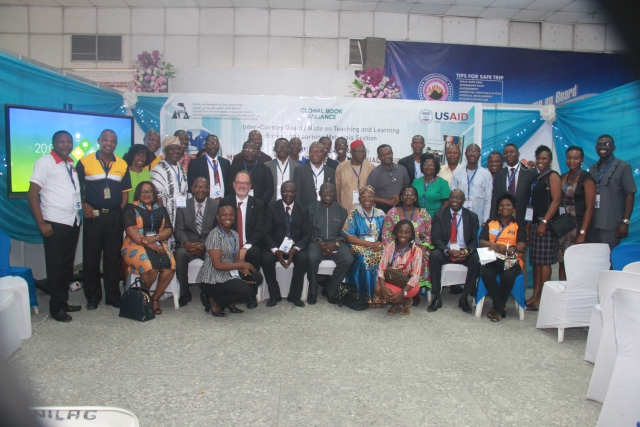 At a forum held during the Nigerian International Book Fair in Lagos on 8-9 May, IPA Secretary General, José Borghino, spoke about the IPA’s continuing commitment to African publishers.

Under the auspices of the Association for the Development of Education in Africa (ADEA) and the African Publishers Network (APNET), a forum entitled ‘Enabling African Publishers to Provide Quality Books in African Languages’ brought together members of the book supply chain from across West Africa as well as from abroad.

Borghino spoke about the critical importance of gathering book industry statistics, the difficulties of sourcing such data in Africa and the IPA’s partnership with WIPO which for the past two years has been asking IPA members and WIPO Member States to contribute to a global statistical report on the publishing industry.

He also pointed to the IPA’s second African Publishing Conference, this year being held in Nairobi on 14-15 June, as evidence of the IPA’s ongoing commitment to our African members and to African publishing in general.

And finally, with the upcoming WIPO regional seminar on exceptions and limitations for education, archives and libraries about to take place in Nairobi on 12-13 June, Borghino alerted the audience to the long-running stance of the African Group at WIPO where they have been asking for a broadening of exceptions and limitations in the education, archives and libraries sectors. The IPA has been opposing this position and Borghino urged publishers and other stakeholders to write to their governments to protest and ask for a change in policy.