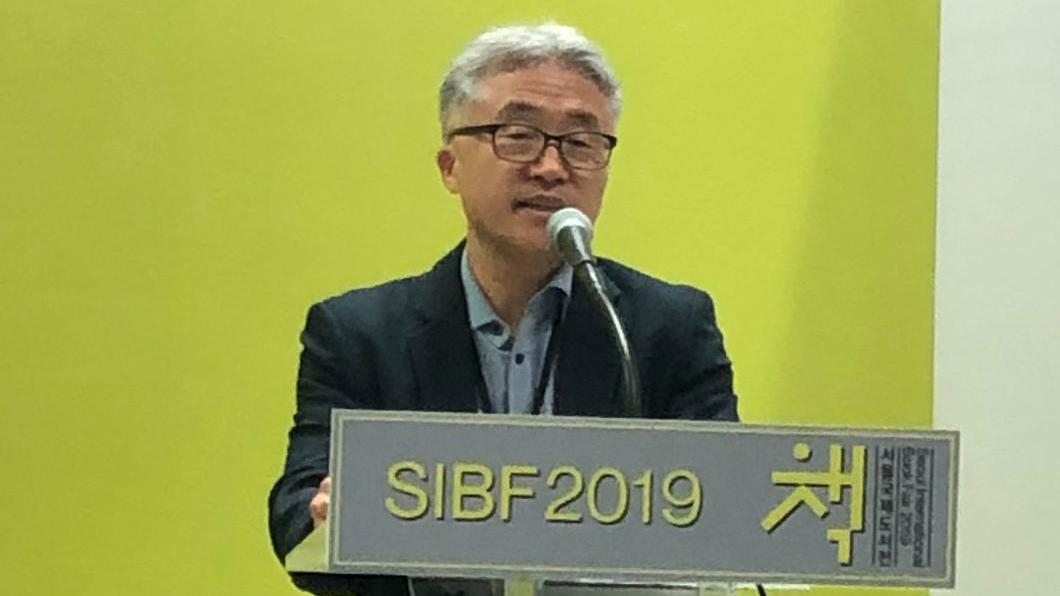 The first session heard about the Czech Republic, where Radovan Auer of the Prague International Book Fair noted that that the situation in the Czech Republic is not perfect but that they do have freedom of speech. However, you don’t have to look to far in to the country’s past (pre-89) was full of censorship and underground publishing. He underlined that this is why the IPA’s work and the Prix Voltaire are important as it shows regimes they are being watched.

Jung-Hwan Cheon, a poet, exhibition curator spoke of the recent history of censorship in Korea, particularly the blacklist scandal which saw the two previous Korean governments identify writers, artists, publishers and other cultural workers for intimidation and discrimination.

Yoel Makov, Director of the Jerusalem International Book Fair agreed that “we need very courageous publishers” and that the most scary thing is self-censorship when publishers self-censor to ensure sales.

IPA President, Hugo Setzer, opened the second session, entitled The Books of Resistance : The Movement to Defend the Freedom to Publish in Publication and the Press with a powerful speech about how, in many parts of the world, books are part of the resistance, and we are at war. He cited the example of his own country, Mexico before moving on to look at those brave publishers and others in the publishing industry that are leading the resisitance.

Swedish journalist Jojje Olsson gave a fascinating presentation of the changes in Hong Kong in recent years that have seen the 5 people behind the Causeway Bay Bookshop and associated Mighty Current publishing house disappear, including Prix Voltaire laureate Gui Minhai. As a result of those disappearances and an increasingly difficult environment the previously vibrant independent publishing scene in Hong Kong has withered.