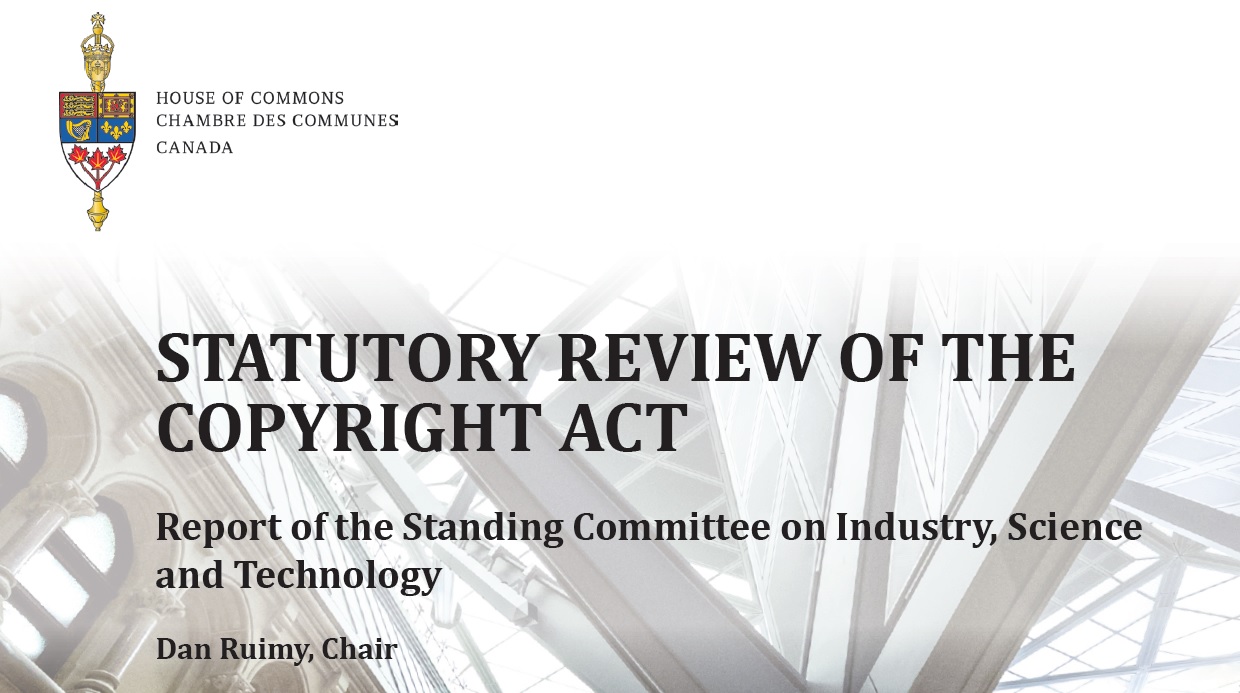 On 3 June the Canadian House of Commons Standing Committee on Industry, Science and Technology (INDU) tabled its report following the statutory review of the 2012 Copyright Act. The report follows the Heritage Committee's Shifting Paradigms report, which was welcomed by IPA and Canadian publishers’ associations in May.

The Industry Committee report was received with less enthusiasm than the Heritage Committee report but IPA’s members saw positive elements to the report. With elections due in Canada in October, timing will now be key.

The Association of Canadian Publishers (ACP) urged the Government of Canada to move quickly following the October election to table legislation to clarify fair dealing for education. They welcomed the Committee’s assessment of challenges stemming from the 2012 Copyright Modernization Act, particularly around fair dealing for education noting that the broad interpretation of fair dealing by the education sector, and its resulting economic damage, was also identified by the Standing Committee on Canadian Heritage in its study. This consistency shows that MPs from all parties have recognized the problematic nature of the education sector’s copying guidelines and practices, and have called for resolution of this issue.

ACP President Glenn Rollans said “We are encouraged by the Committee’s recognition that our sector has experienced significant financial losses since 2012, and welcome their recommendation that the government bring the education sector and copyright collectives together to build consensus around the future of fair dealing in Canada. For many years ACP has called on government to take a leadership role in bringing parties together to identify areas of common ground, and we remain ready and willing to participate in these discussions.”

Craig Swinwood, Chair of the Canadian Publishers Council (CPC) and CEO of HarperCollins Canada and Harlequin said “We are pleased to see the committee recognize the need for a solution to differing views on educational fair dealing, as reflected in recommendation 16. CPC and its industry colleagues have been calling for this for several years now, and it is a relief to see signs that INDU has finally recognized this need. What’s important now is quick action from government to move this solution forward.”

CPC President David Swail added “Writing and publishing are critical to Canada’s creative sector and have been in need of strengthened support for some time. INDU has a critical role to play in driving much needed legislative reforms that will support not only Canadian culture, but key employment and economic contributions that a healthy creative sector deliver.”

IPA encourages the Ministers to act quickly and address both committees’ reports when preparing their response.