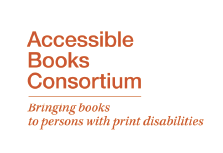 On 26 September WIPO’s Accessible Books Consortium welcomed Hachette Livre as the 100th Signatory to the ABC Charter for Accessible Publishing marking an important milestone for the Consortium working to increase the number of books in accessible formats for use by hundreds of millions of people around the globe who are blind, visually impaired, or otherwise print disabled.

ABC promotes the on-the-ground implementation of WIPO’s Marrakesh Treaty, which allows for the production and international transfer of specially adapted books for people living with blindness or visual impairments. By signing ABC’s Charter for Accessible Publishing, Hachette Livre is committing to making its products fully accessible to all users.

WIPO Director General Francis Gurry welcomed the development, saying: “We are pleased to see a growing number of key industry players signing the Charter for Accessible Publishing. This advances our global efforts to increase the number of books available for use by people with print disabilities.” He added: “Hachette Livre is a world-leading publisher and its membership will make a big difference in making accessible format books available to blind and visually impaired persons.”

Hachette Livre Chairman and Chief Executive Officer Arnaud Nourry said “For the book industry, making books accessible to the widest readership, including readers who are blind, visually impaired, or print disabled, not only makes economic sense, but is a moral imperative. If we, publishers, do not pioneer this duty on an industrial level, who will?”

Last year, Hachette Livre won the 2018 ABC International Excellence Award for Accessible Publishing in the publisher category. Hachette Livre was commended by the selection jury for its implementation of “born accessible” production processes in the EPUB3 format in France and for its implementation of mandatory accessibility conformance testing for all of its trade publications through the use of the recently created “Accessibility Checker for EPUB” known as Ace. When its accessibility features are used correctly, EPUB3 is the gold standard in the publishing industry for the production of accessible digital books.

Earlier in September, ABC also highlighted how WIPO’s work on accessibility is contributing to achieving the United Nations Sustainable Development Goals. You can read about that here.