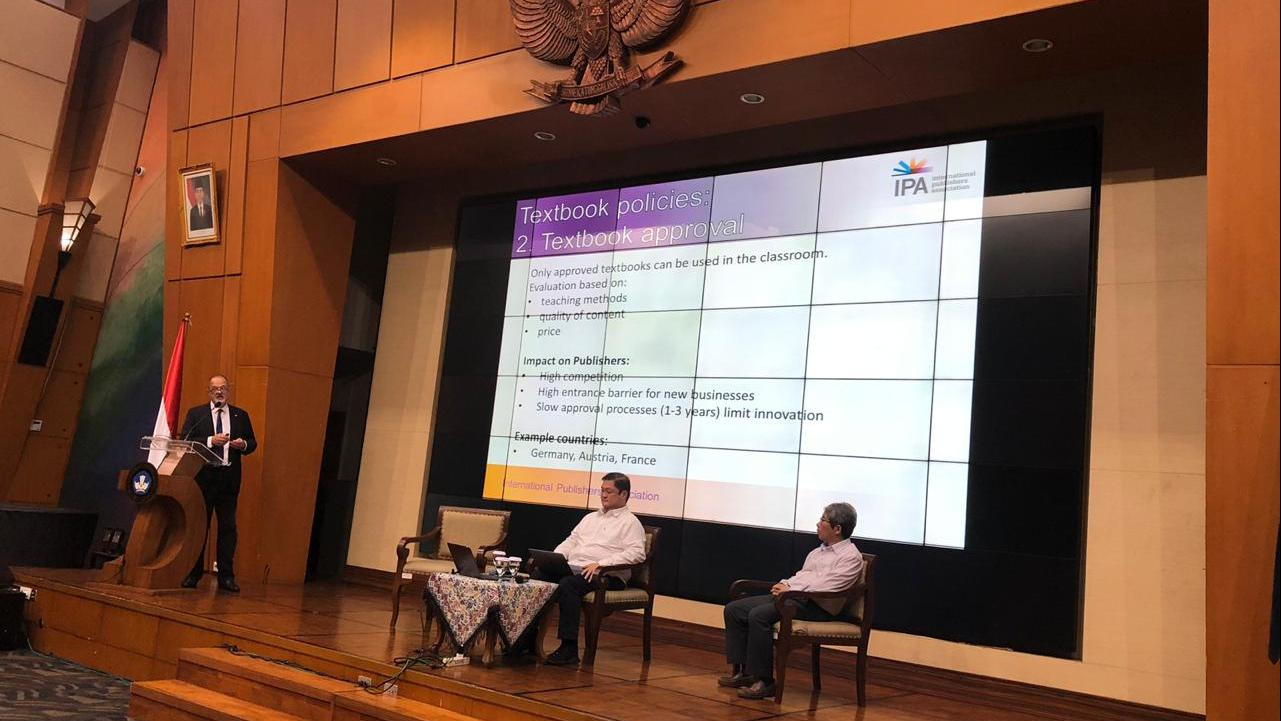 At the beginning of September, IPA Secretary General, José Borghino spoke at a Symposium on Education Publishing in Jakarta during the Indonesia International Book Fair.

IPA’s member in Indonesia, IKAPI, in partnership with the Indonesian government’s Agency for the Creative Economy, Bekraf, invited IPA Secretary General, José Borghino to speak on Education Publishing at an international symposium coinciding with the opening of the Indonesia International Book Fair in early September.

Borghino gave two presentations: one on ‘Educational Publishing and Curriculum Reform’ and another on ‘Textbook Policies Around the World’. In both, he stressed the three major messages developed by the IPA’s Educational Publishers Forum, namely: 1. that choice is paramount and that teachers should be able to choose from a wide variety of resources produced in a competitive market by educational publishers; 2. that local narratives and material created by local authors and published by local publishers is the best way to engage learners; and 3. that collaboration between publishers, researchers, authors, teachers and governments is the most effective model for delivering high-quality education and ensuring students acquire the skills to engage with the knowledge economies of the future.

The IPA presentations were very well received, and a series of further meetings helped to focus the IPA’s call for publishers to better coordinate their approaches to policy intervention and collaboration in the education field in the ASEAN region.