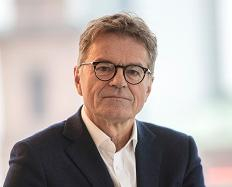 The economic studies found that Germany’s system of fixed book prices, and the extensive landscape of bookshops it supports, play a key role in the dissemination of books as essential cultural goods, while also fostering the quality and variety of books available to consumers.

Alexander Skipis, Managing Director of the Börsenverein, argued the following with regard to the research findings: “Once again, it’s all there in black and white. Germany’s fixed book price system acts as a guarantor of quality and diversity on the book market. It is one of the factors contributing to Germany’s reputation as a role model across the globe and its status as the second-largest book market in the world. The findings show very clearly that fixed book prices fulfil their obligation to protect books, especially in the contemporary market situation. The study also shows that fixed book prices are compatible with European law. For almost 150 years now, Germany has had a system of fixed book prices. The system guarantees a dense network of bookshops that act as key locations for the dissemination of literature and as indispensable distribution channels, especially for small and medium-sized publishers. Precisely because of this key role, price fixing for books is also widely supported in the political sphere”.

More details from the reports can be found on the Börsenverein's website here. Some key results are:

While the number of independent bookshops in the UK fell by roughly 12 percent between 1995 and 2001 after the abolition of the system of fixed book prices there, Germany saw a decline of only 3 percent in the 1995 to 2002 period. In addition, Germany also has a much lower market concentration. In the UK, Amazon alone has a market share of roughly 45 to 50 percent, whereas small bookshops have only around 5 to 10 percent. In Germany, the online book trade accounts for only roughly 20 percent of sales, while roughly 30 percent is generated at independent bookshops and roughly 20 percent at chain stores.

The stationary book trade raises demand for books. Consequently, when bookshops close, there is a clear decline in book sales.

When a bookshop closes in Germany, an annual average of roughly 6,100 fewer books are sold. That means that there is only a partial migration of book buyers to online trade and e-books. A total of roughly 3.5 million fewer books were sold due to the closing of bookstores nationwide in the period from 2014 to 2017; this corresponds to roughly 56 percent of the total decline in sales. In fact, the decline in book sales in Germany doubled between 2014 and 2017 as a result of the impact caused by the closure of bookstores (2 percent rather than the hypothetical 1 percent that would have occurred if the number of bookstores had remained the same).

The research project overseen by Professor Götz and his team will be continued. Their results will be published cumulatively in the form of essays in academic journals.

Germany’s fixed book price system does not adversely impact on the practical effectiveness of EU competition law. It also does not fall under any of the cases recognised by the ECJ as part of its so-called “effet utile” doctrine with regard to a violation of the loyalty obligation of member states. Even if the ECJ extended its jurisdiction in the future and expanded it to include state measures without linking them to any anti-competitive behaviour on behalf of companies, the system of fixed book prices would not represent a breach of competition rules. Indeed, the positive effects of the system of fixed book prices on the market and consumers offset the adverse effects caused by the elimination of “product-internal” price competition at the retail level. Germany’s system of fixed book prices contributes to an overriding number of efficiencies, including the following: the preservation of a comprehensive structure of bookshops, increases in the demand for and sale of books, improvements in services, lower average book prices, reductions in transaction costs and improvements in market access for small publishers and unknown authors. Furthermore, competition is not entirely eliminated; instead, there continues to be intense competition between publishers as well as between booksellers, for example with regard to services (customer service, product range design, product presentation, live author readings, ordering processes and delivery services).

Professor Fuchs’ legal report will be published in book form in 2020.